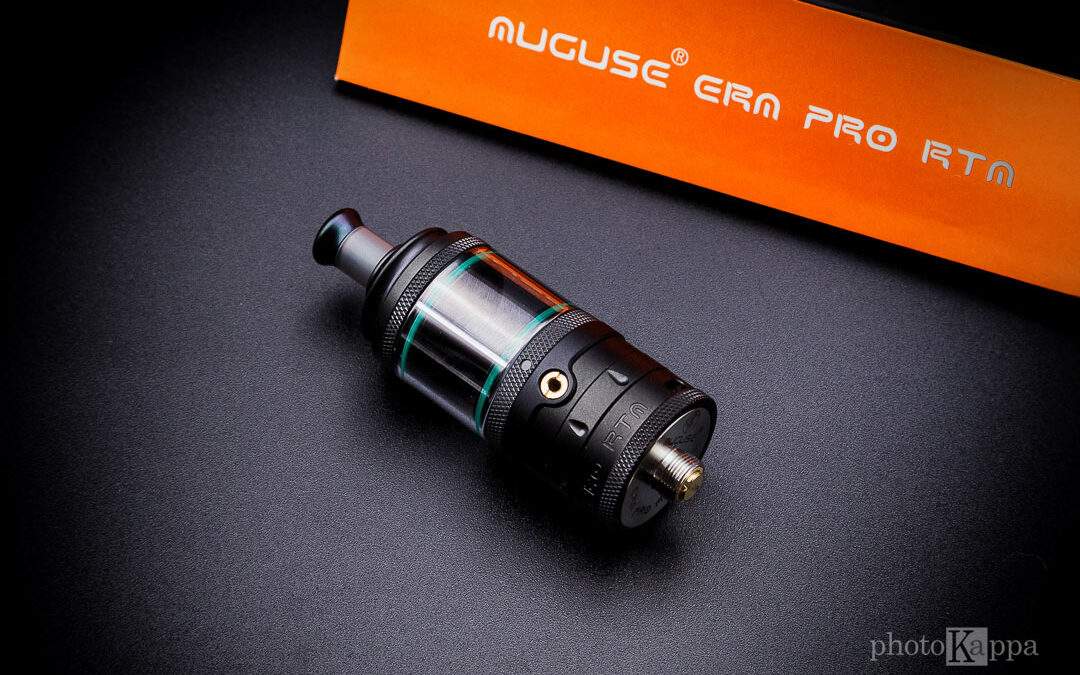 Auguse is a Chinese brand that has recently attracted the attention of the most experienced vapers for its atomizers with decidedly advanced technical characteristics, with a selling price, however, more competitive than ever. This is the case of the Auguse 1.5 MTL RTA or the Auguse Era MTL RTA, two products that have had an undoubted commercial success. Two high end atomizers at a very affordable price.

For today’s review we will deal with the last born in the Auguse house, the Era Pro RTA atomizer, the updated version of the Auguse Era, which hopes to collect the legacy of its older brother by making some improvements to the still more than valid predecessor.

Before starting to discover the cards of the new Era Pro RTA, as always let’s take a quick look at the main features of the atomizer and the contents of the package. 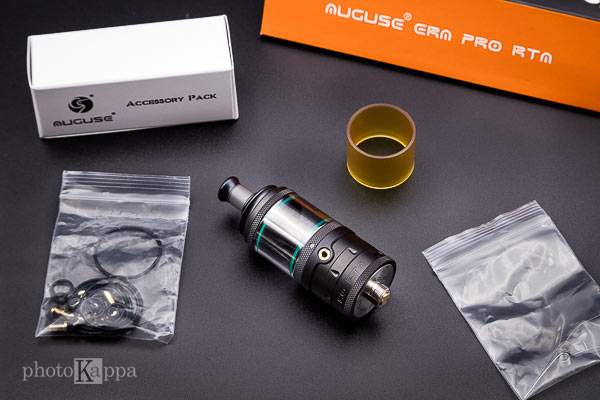 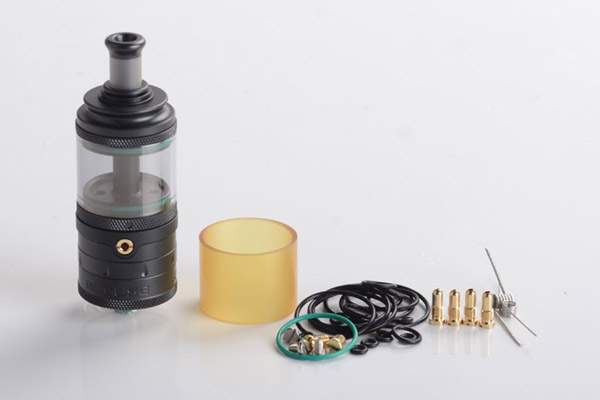 The Era Pro RTA atomizer is built entirely of stainless steel (the manufacturer does not specify the type of stainless steel used) and has a slender and very usual line for all atomizers developed according to the concept of dripping the liquid from top to bottom. It may not be the most beautiful atomizer around, aesthetically speaking, but in our opinion it is much more so than many of its competitors. Its design appeared intriguing to us, especially in the black version and thanks to a well-designed and aesthetically shaped drip tip. 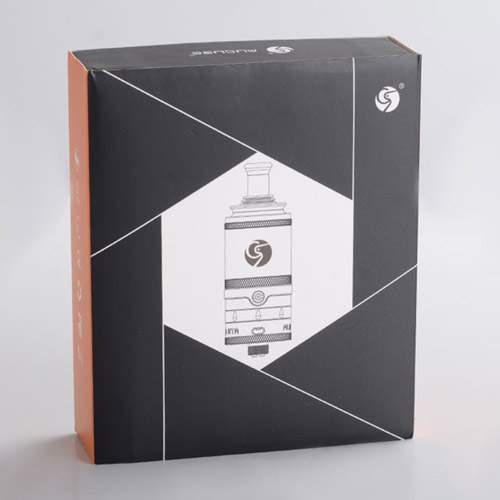 To the well-finished and in any case never approximate aesthetics, the Era Pro RTA also adds a respectable construction bill, certainly of higher value than the market price with which it is proposed. Obviously only time and prolonged use will tell us if the new Auguse atom really has a build quality worthy of the high-end products on the market, but at the moment the feeling of our team, between the thickness of the o-rings, tightness and tolerances of the same, lack of machining burrs, screwing threads, is that it is a very good quality product.

The Era Pro RTA has a diameter of 22 mm, a height of 64.5 mm, a weight of about 70 grams and can hold a total of 4 milliliters of e-liquid. As you can see from the image below and from the next one, it is not an atomizer made up of a few pieces and of immediate assembly (there is no instruction manual in the package); on the contrary, its 9 total pieces, without counting the screws for the side airflow or the drip tip itself consisting of three components, already make us understand how this is a product designed and created for true passionate vapers, with no problem in carving out a good chunk of their time to devote it to understanding and rebuild this tank. 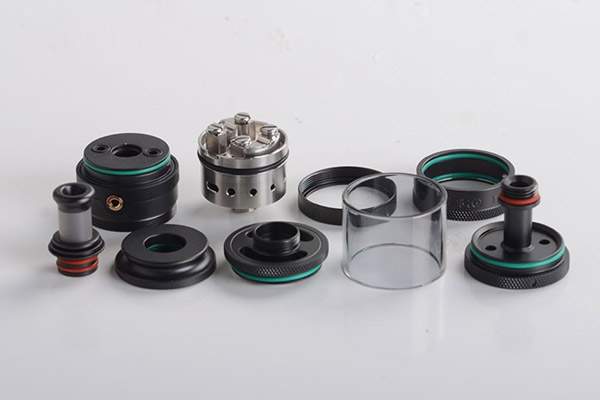 The technical characteristics of the atom themselves are the best testimony of the complexity of this device: a single coil RTA with dual airflow control (side and bottom) and  with juice control. The Era Pro RTA has a deck with opposing turrets equipped with four slotted screws (protected by small side bulkheads to facilitate the grip and tightening of the wire) to allow natural rebuilding for both right-handed vapers and sleeves. Technically this configuration would also allow to build the atom in dual coil, but it must be said that the Era Pro RTA was undoubtedly born to be a single coil atomizer. 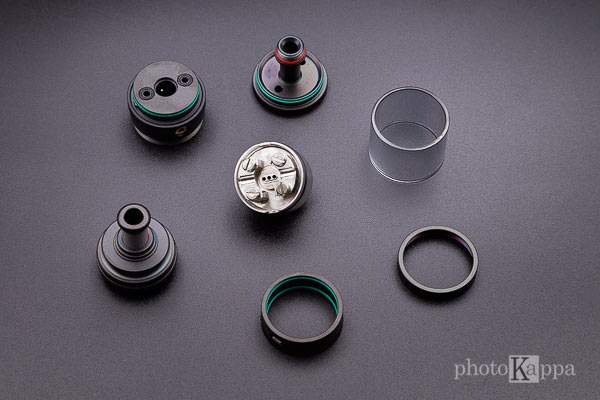 Turning now to the analysis of the chamber, it can be seen that thise one compared to that of the previous completely flat version, has a smaller, rounded and shaped internal shape. On the upper part of the bell there are the two drips that bring the liquid from the tank onto the cotton, and these too, compared to the first version Era, have been drastically reduced in diameter to avoid the problems of e-liquid overflow which the Era RTA was not free. 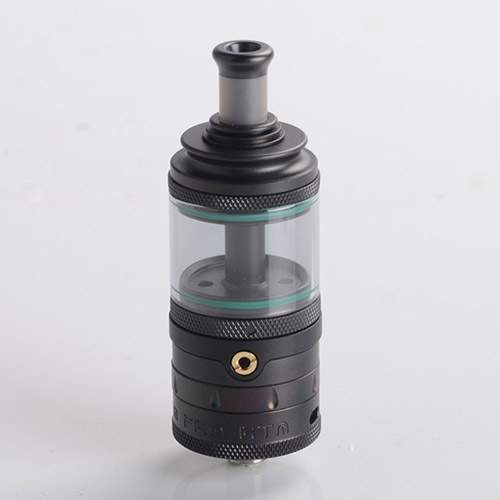 Externally there are two opposing holes for the insertion of the air pins of the side airflow; the manufacturer supplies four pairs of air pins with the following dimensions: 0.8 mm, 1.0 mm (pre-installed on the bell), 1.2 mm and 2 blind screws to exclude the side airflow.

Going up we notice that above the bell there is the stainless steel chimney with its base equipped with two holes for the passage of the liquid to the drips on the bell; this base is rotatable and allows you to adjust the opening of the e-juice holes, which is maximum when the holes in the tank are aligned with the drips and which closes completely by rotating the tank.

A small circle outside helps to understand the opening level of the e-liquid flow: if the circle is aligned with the air pins you have the control of the liquid completely open, if instead you make it coincide with the triangle cleat placed on the ring lower, then the e-juice channels are completely closed. The e-liquid inside the Era Pro RTA is hosted by a glass tank or by a second PCTG tank present in the package. 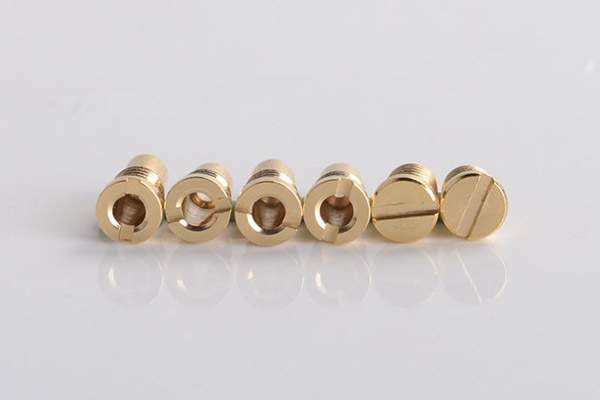 Finally, the top cap, which screws onto the upper part of the chimney, allows access to two large and comfortable refill slots that can be carried out very easily with the only care to close the juice control before proceeding to fill the tank. The 510 drip tip has a singular workmanship: it has a stainless steel body embraced by a small transparent plastic cylinder that is inserted by unscrewing the upper part of the drip tip itself.

From a functional and ergonomic point of view, the drip tip of the Era Pro RTA is really a value added for this aromizer although there’s inevitable condensation between the steel body of the drip tip and the plastic coating; this however does not compromise the vape in the least, because it is an external condensation that never ends on the palate of the vaper.

By virtue of what was previously observed talking about the deck, is quite easy for anyone who has a minimum of familiarity with the most classic regenerable devices to rebuild the Era Pro RTA. The space between the screws on the deck suggests an optimal 2.5mm diameter coil. On the other hand, it is the wicking phase that requires more attention on the Era Pro RTA. Two channels / grooves are clearly visible on the deck that suggest the positioning of the cotton, to be worked with extreme care in order to make it well receptive, fluffy and abundant; plus you need to cut the cotton precisely flush with the end of the deck. All this is important so that the atom feeds correctly and above all does not overflows. 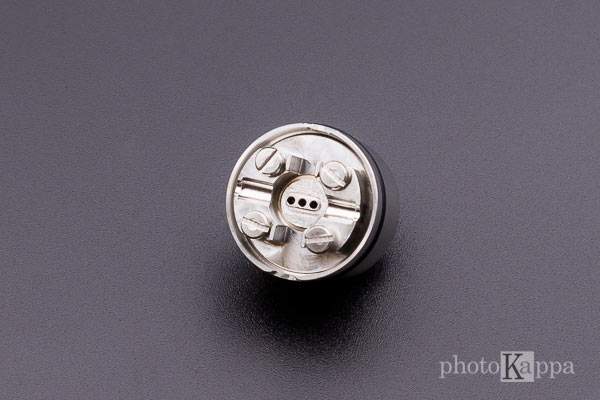 Regarding the refill (top refill), as already mentioned above, we reiterate that it is a very simple and easy operation, even if it must be said that sometimes when unscrewing the top cap from the upper part of the chimney, it can happen to unscrew these two components together; we therefore advise not to tighten the top cap with excessive force.

The Auguse Era Pro RTA is an atomizer that allows you to have numerous combinations of airflow and consequently set the vape from a very closed and contrasted draw (pure MTL) to a n airy flavor chasing vape. We tried and tested the Era Pro RTA with some of the many airflow combinations, all however modulated to have a pure MTL vape, an area in which we feel most at ease and for which in our opinion this atomizer is truly winning and satisfying.

We do not feel to recommend an optimal configuration and we leave the user the opportunity to have fun looking for his favorite setup; one thing is sure: the draw of the Era Pro RTA is really a strong point of this atomizer, just as it was in the previous version; a draw that is always calibrated, full but at the same time clean, linear and silent. In short, absolutely convincing. 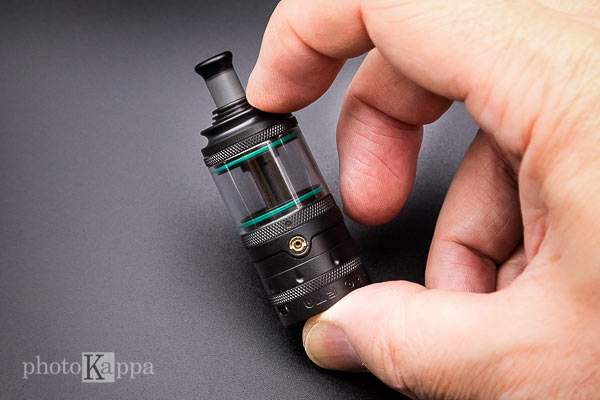 As is the custom of The Flavourist in case of MTL devices, we tried the Era Pro RTA with different tobacco e-liquids and in general we were favorably impressed by its excellent aromatic return. The atom has shown great flexibility and ability to express itself well with different types of tobacco e-liquids. Specifically, in our opinion, this device is enhanced with both single and blended dark tobaccos, while it does a little more effort with light tobaccos. In the field of flavored tobaccos, on the other hand, the performances of Era Pro RTA are more than good especially with fruity flavored ones.

We have not tested the atom with creamy and fruity e-juices, but from its tobacco performance we believe we can imagine that the Era Pro RTA may be more comfortable with fruity e-liquids rather than with the sweeter creamy e-liquids.

Specifically, however, here is a report on the tests carried out with three e-liquids manufactured by Officine Svapo in collaboration with our team.

Test with “Poncho” e-liquid by Officine Svapo and The Flavourist

Poncho, is an organic extract of Verona Tobacco, a particular type of flue-cured tobacco; with this extract the Era Pro RTA performed well enough, but in our opinion it failed to show and enhance the innermost nuances and grassy notes of this tobacco. Even with other single clear tobaccos we had the same perception of lack of completeness.

The second of the three e-liquids by Officine Svapo’s “Italian Western Collection” line tested on the Pro RTA Era, was Il Monco, a very complex and structured blend of Syrian Latakia, Verona Tobacco and italian Kentucky. The aromatic yield of Il Monco was in our opinion excellent and the atom was able to enhance the elegance of this blend without losing its dark side and its aromatic strength. 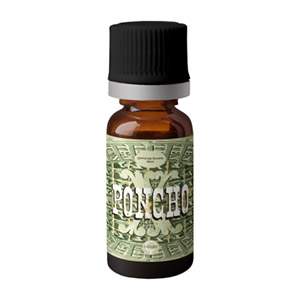 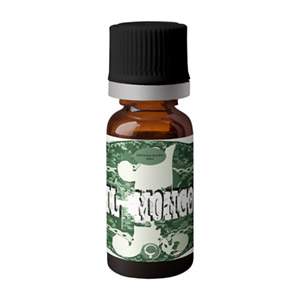 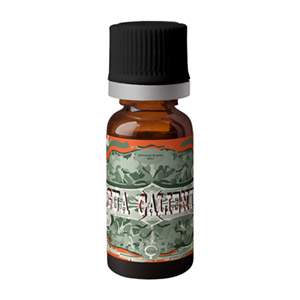 With Agua Caliente, a blend of Kentucky, Latakia and Perique tobaccos, flavored with sweet american potato and black currant, the Era Pro RTA, has shown its capabilities and its ductility, managing to facet the different ingredients of the blend more than well, giving vivacity to the flavoring elements (black currant and potato) without ever obscuring the strong tobacco imprint. Undoubtedly a satisfying aroma.

The Auguse Era Pro RTA is a rebuildableatomizer with a more than competitive price, studied and designed for long-term vapers, with a lot of experience and familiarity with rebuildble atomizers. In this context, the Auguse product is able to demonstrate satisfactory performance from all points of view, managing to improve in our opinion the already excellent performance of its predecessor, and at the same time reducing the problem of e-juice overflow that plagued the Era MTL RTA.

Careful design and more than excellent build quality for a low cost atomizer. Will it manage to enter the top 10 of BEST LOW COST MTL ATOMIZER FOR 2021?