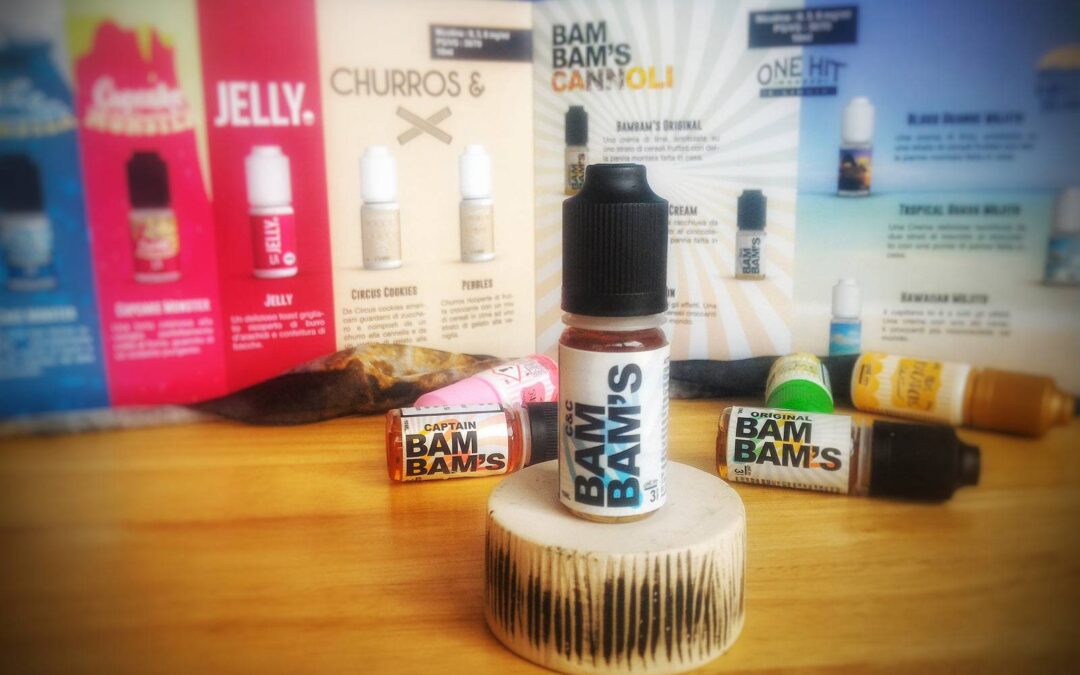 For today’s review we return to talk about the famous Bam Bam’s Cannoli line created by the American manufacturer One Hit Wonder. After talking about Captain Cannoli, today we take care of Cookies & Cream Cannoli.

The Bam Bam’s Cannoli line by One Hit Wonder company is intended to provide the general public of vapers (especially in US) a tasting idea of ​​the famous Sicilian cannoles, obviously in a purely American key. Then are born Bam Bam’s Original Cannoli, Captain, Cookies,Cream and are born and the last Bam Bam’s Strawberry Cannoli. The line is completely TPD compliant and the bottle in our possession is a classic 10 ml PET with a little beak tip dropper. Graphics are clear and essential and label information is extremely exhaustive.

Below is the official description of Bam Bam’s Cookies & Cream Cannoli:

Bam Bam’s Cookies & Cream Cannoli is a delectable cream filling encased in a cookie crust layer of pure tastiness, finished off with a hint of homemade whip cream.  It tastes so much like your favorite cream filled cookies that you’ll want to dip the bottle in a glass of milk. 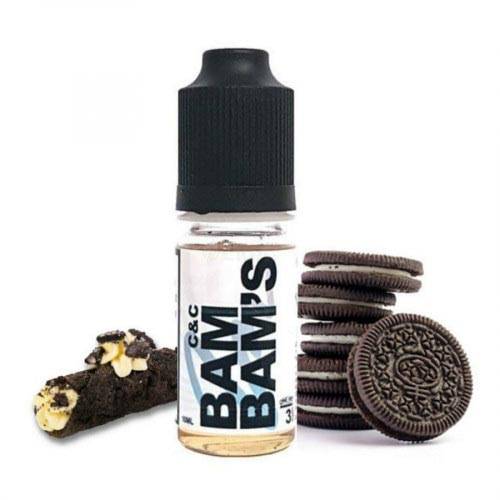 On the smell a pronounced alcoholic background is the frame of a tasty hint of chocolate. The alcoholic notes, although too marked, do not prevent to feel a subtle creamy and vanilla fragrance. The general olfactory picture even if is not transmitting a reassuring sense of naturalness, however, appears rather inviting.

At vape Cookies & Cream Cannoli immediately reveals what it would like to be. We could call it a “Oreo Cannolo” because its ingredients clearly make the verse to an Oreo cookie, on which obviously I will not stop, because I think an Oreo certainly does not need any introduction. Simply the best-selling biscuit of the twentieth century. Can you add anything else? 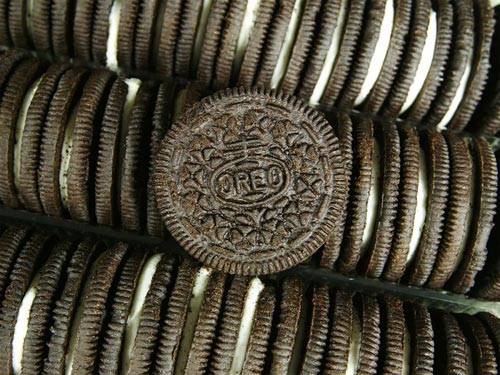 From the first puff, the e-liquid shows in the foreground a hint of cocoa biscuit that, especially in inspiration, closely resembles the aromatic notes of the Oreo biscuit. It’s possible to perceive the slight roasting typical of the well-known dark biscuit. The result is pleasant but not enough to remember a true Oreo in the features of a cannolo, especially because in the central notes of the puff, the creamy component of the mix is ​​not represented by the white and spicy vanilla cream that characterizes the biscuit with a capital O.
Let’s be clear, there is no lack of creamy roundness in Cookies & Cream Cannoli, but they are simply entrusted to a generous but common custard cream; a cream voluptuous and fatty but so far from the aromatic characteristics of the Oreo cream.

The white cream of the cookie to which Cookies & Cream is inspired, is a cream with strongly pungent and spicy tones for the abundant use of vanilla. An atypical cream, intriguing but also unnatural.

The cream of e-liquid by One Hit Wonder instead, has all the connotations of a classic custard with its typical egg-based accents.

The puff does not present any kind of angularity and indeed enjoys a good mix between the ingredients of the mix, always well balanced and without aromatic exaggerations. A uniform and linear vaping without jolts.

The suggested image of the product is far from reality. The imperfections of Bam Bam’s Cookies & Cream Cannoli reside precisely in having presented itself as an “Oreo Cannolo”. The e-liquid does not really have anything of the typicality of a real cannolo, while it shows that taste of chocolate biscuit that partially combines it with an Oreo cookie. However, the same can not be said for the creamy filling that is completely different from the filling of an Oreo.

The pleasantness and the basic delicacy of the product, do not allow our opinion to express an opinion of full sufficiency. The expectations created by the manufacturer between description and official images, are not reflected in the proof of vaporization and indeed tend to have the opposite effect, helping to judge Cookies & Cream as a liquid among many, creamy, tasty but impersonal.


Cons: It’s not so faithful to what it would like to be.