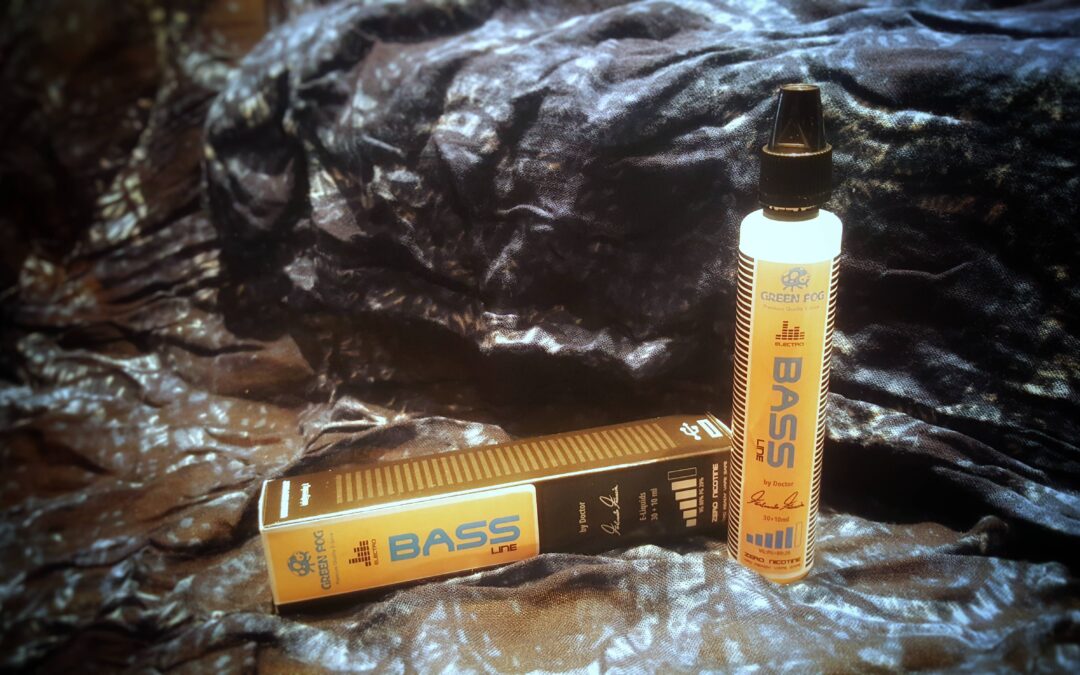 Subject of today’s review is Bass Line. An e-liquid produced by the Green Fog brand. An Italian brand born of the collaboration between Dr. Fortunato France and Rino Cucci.

The packaging of this new Electro line product reflects the other e-liquid features of the same line as reviewed here in The Flavourist. The Mix Series format includes a 30 ml (0 nicotine) e-liquid sold in association (if desired) to a 10ml base with nicotine. The Nitro Nix. The PE flasks are equipped with a child proof system and narrow tip droppers. The product faithfully respects the dictates of the most current European legislation. “TDP ready”. 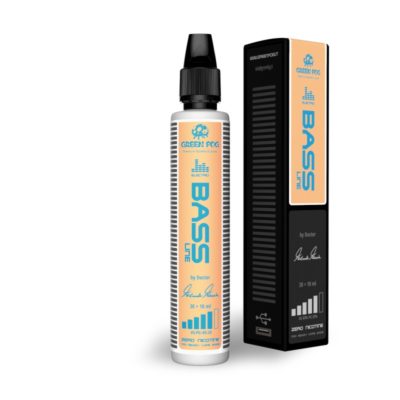 Perfumes and flavors typical of our southern Italy: almond paste and iced milk. You feel the sensation of enjoying an iced almond milk creme or if you prefer a typical Italian orzata.

Now, it is worth paying attention to some terms used in this description. A description is needed to give a consumer address, useful for framing the product. Understand whether it can affect us. In the description of Bass Line, we talk about “almond paste” and “almond milk“. Two different products in taste, as in the ingredients that characterize them. In the end, one speaks of a “typical Italian Orzata” which in reality has little to do with the other products mentioned. Common denominator would seem almond, although in the products presented in the description it is present in different shapes, different aromatic intake.

An intense and immersive olfactory test. The perceptible head note is represented by a warm hue of cereals, whose olfactory profile is compatible with a nice biscuit. Well tied to this note, we find inevitable vanilla accents. While carefully examining the bouquet, doubt remains. But almond? Olfactory seems very hidden … provided it is present or that it should be. The body suggested by the head notes – wanting to be clear – seems to hide the presence of a timid almond. Aroma (that of almond) which is not said to be the protagonist of an e-liquid that is inspired by a “typical Italian orzata”. The smell undoubtedly reveals a creamy e-liquid. The sensation that emerges from the olfactory test is that (but the official description tells us about something else) of a cream and cereal biscuit with mild notes of vanilla. I fear that the aroma of almonds is suffocated by this construct that, instead of acting as a “reinforcement”, decrees the death of what it seeks to exalt. But this could be just an olfactory perception. We’ll see later on why. We will learn more, beyond erroneous beliefs, what is a Pleasure. One thing is certain: no orzata, no almond milk, no almond paste olfactory. 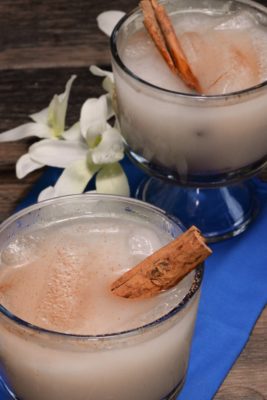 The vaporization test will be carried out with Shingen rda set in dualcoil. A dripping atom with a top air ventilation system that will allow me to analyze in detail the aromatics of Bass Line.

Important note, about the first aspiration of Bass Line, is the amazing strike of Koolada. Unsurprising in its strength but predictable by paying attention to the manufacturer’s description. It was in fact “frozen milk”. This arctic effect – in my invasive view – fades into subsequent boobs, and then resumes after a long pause. The Koolada effect widely dealt with in our reviews. At first, the Bass Line dress seems to confirm the sensations that emerged from the olfactory test, only correcting the dubious presence of almond. Almond flavor is actually present in the Bass Line recipe. As said, however, its expressiveness in the mix is ​​strongly penalized by the other ingredients. We will find out, however, that this aspect is, to say the truth, pertinent to the taste of Orzata that we should expect. 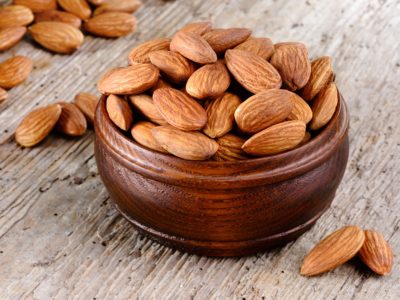 These ingredients certainly play an important role in the recipe. Simulate creams and pastimes, as well as amplify the fragrance in contrast with a decent feel of … milk. Koolada smells, confuses, stimulates the brain, smashes (too much) the waters of a complex recipe. Does it seem easy to make an e-liquid to the Order? The presence of Koolada discards the possibility that Bass Line is an e-liquid in some way linked to the “almond paste” included in the description of the brand. 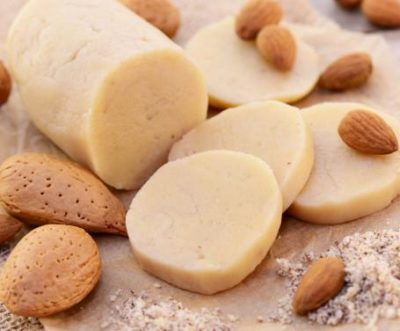 Now … to make it short and easy, it would be enough to look at the bottle of Orzata that every good Italian keeps at home. Each one will be different from the other! Not to much, but there is a reason. Let’s start by saying that the cuff is widespread in the world more than we might think (perhaps). All Latin American countries make use of it and most importantly … every family has its own recipe. As in Italy, but also in the world. Each brand has its own recipe. The almond flavor, usually present in the most common ornamental recipes, is actually a “stylistic aromatic bouquet”. It is not part of the basic recipe. The recipe that between the brace and the horchata is actually very different. We do not confuse the two things. 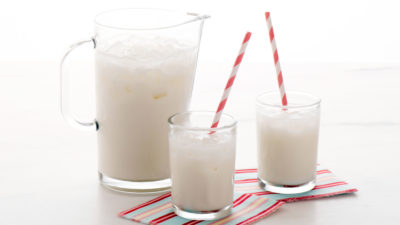 About Orzata, we must understand that the basic recipe involves the pressing of cereals and tubers, mixed with dried fruits (such as nuts). But then why should we feel the almond? Because in the orzata there is a small amount of “benzoin”. An organic compound present in bitter almonds. Whether you are using benzoin or using an aroma of bitter almonds … in the real braid almond should never be so invasive that it can be perceived as a dominant note. Unlike the “almond milk”, it is located around almond being an infusion of almond (pressed) in milk. All refreshing drinks, but very different from each other. In all these cases ice and mint can be associated. The use of Koolada in the Bass Line is a good gimmick. How else to do it? Use less.

Certainly, over time, the Italian food industry (excellent in thinking of major historical brands) has caused confusion over traditional recipes, abundant in the aroma of almonds to meet the taste of those who appreciate a mix of flavors between them typical orzata and almond milk. If you have been able to digest all the talk you have faced so far, you will have the feeling that Bass Line is actually adhering to what promised in the manufacturer’s description. In my opinion no. The description of Bass Line presented to consumers by Green Fog causes further confusion. Almond paste, almond milk, orzata! All together?

Bass Line is a very good e-liquid. It is in the aromatic persistence that emerges … mild, justifiable and pertinent, the faint notes of almond. The body of the recipe is an elegant and warm cereal dough. An aspect that perceived olfactory, but also taste, more easily recalls pastry products… but certainly not “almond paste”. Not a fresh and refreshing Orzata. The Koolada … is not enough. Surrender to a real Orzata never reveals doubts about the relevance of his taste. Vaping Bass Line, however delightful and appreciative, as far as the description is suggested to be very different products, existential doubts crush us with Koolada strikes.

Pro: A good product. Very tasty, but not adhering to its description.