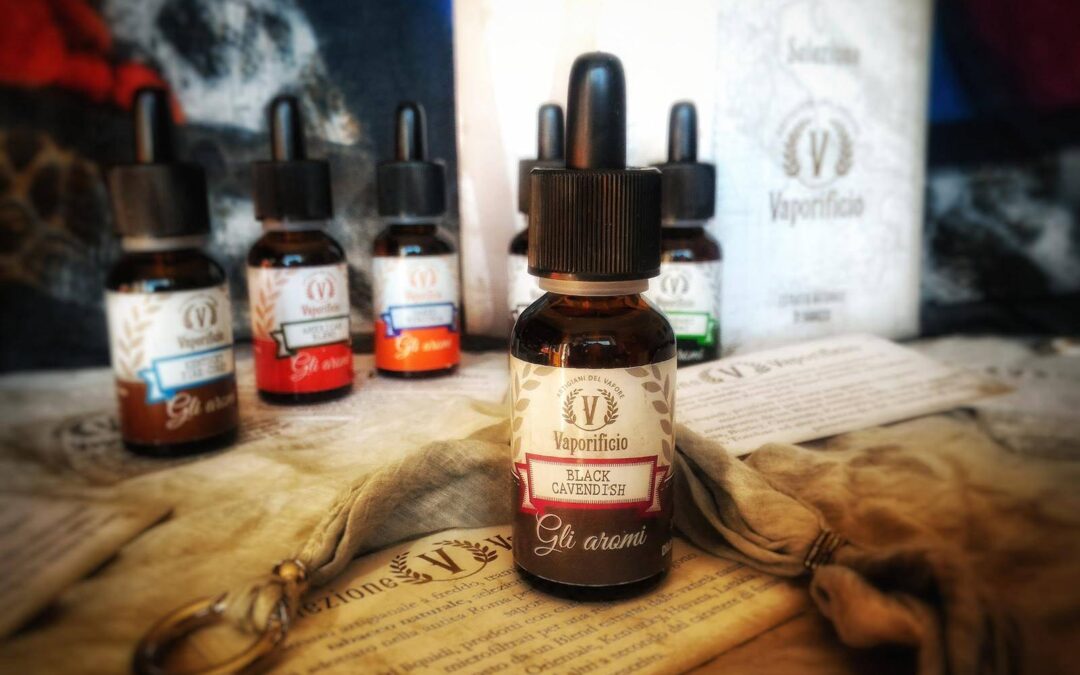 
Today I will review an aroma resulting from cold extraction of maceration cured by Il Vaporificio. Known Italian brand, renowned for excellent production in the field of e-liquid and natural of tobacco flavor. It is therefore Black Cavendish the aroma of today’s review.


Admiral Sir Thomas Cavendish discovered that by treating pipe tobacco with molasses and honey it was kept longer during the endless sea crossings. And on the way back? The sweetness of a discovery remained to be enjoyed even on the mainland.

The description of the Vaporificio is limited to revising the legend that revolves around this variety of tobacco. Legend that in other reviews (here on The Flavorist) we have been able to tell you in detail. The fundamental thing is that … it would not be correct to describe a Cavendish tobacco as a “variety”. The term Cavendish mainly concerns a “cure” (or processing process) to which a mixture of tobacco is subjected. But what should be, in this case, the basic tobacco mixture !? This Vaporificio does not tell us. Virginia, Burley and Maryland are – usually – the tobacco used. Compared to the description of The Vaporificio, as regards their version of the legend, more reliable information speak of barrels previously used for the storage of Jamaican rum. A historical and rashly accident apparently, which gave a result – for the good luck of Admiral Cavendish – more than satisfactory.


So no “molasses and honey” !? Almost … indeed, maybe. Another version of this legend – disconnected from the figure of Admiral Sir Thomas Cavendish – attributes to Lord William Cavendish (Duke of New Castle) the invention of the procedure. In 1660, for the first time, they would have been immersed in a sugary intingolo, leaves of tobacco and then placed under pressure. 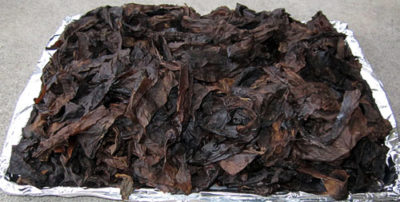 Today’s processing requires that tobacco leaves be steamed to allow the pores to open. Procedure that facilitates the adhesion of the aromatic properties of chemical or natural flavors including: rum, maple syrup, vanilla, licorice, cocoa and … much more according to the wishes of the producer. Subsequently the whole is put under pressure and the cycles of steam, aromatization and pressing are repeated several times for a time … not canonized. What we know is that in modern times the Cavendish procedure also takes weeks. In the past there was talk of months. Holland, USA, England … each country has its own way of interpreting the Cavendish. It is for this reason that for Cavendish, it would be more correct to understand any aromatized and pressureed tobacco (or mixture). As vague as it is fascinating. The term “black” is associated with the term “Cavendish”, when the tobaccos used are particularly heavy, with a high level of nicotine, and the aromatizations and pressure cycles, so repeated and invasive to darken. Contrary to what one might think, the result will be a very delicate and particularly sugary blend.

The olfactory examination of the Black Cavendish by Il Vaporificio returns, as we are accustomed, a light scent typical of these extractions. A raw smell of tobacco really very light and thin. 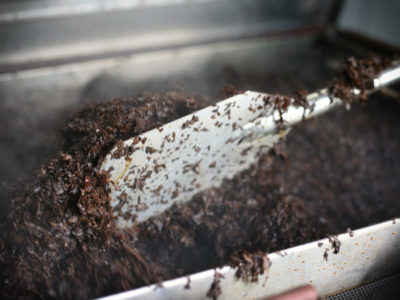 The vaporization test is made with Origen Little set in 1.12-ohm singlecoil (Kantal A1 0.32 mm) with Japanese organic cotton. The coil is made in a central position and slightly transversal to the turrets. At the cold atomizer the first puff, in addition to an enchanting vegetable taste of tobacco, transmits a pleasant nocciolato bottom. But this Black Cavendish also reveals, reached an appreciable temperature, slightly more acidic notes, leaving instead fade those initial notes of hazelnut, until they vanish.

The puffs are particularly soft, especially in exhalation, and drag alternately sugary accents to more full-bodied fruity traits. Black Cavendish by Vaporificio, in my taste, is very delicate. It is an engaging, calm, but not very structured excerpt. His profile lends itself to a daily vaping. The exhalations from the nose enrich the tasting by strengthening the harmonious vegetal taste, typical of cold extraction by maceration. Making 3 or 4 shots in succession, the palate is invested with weak, but growing sugary and fruity stimuli. Kind. The puffs lend themselves to be wide and slow, without exaggerating both in the power of vaporization and in the power of the shot. I do not recommend, if I may, to use an excessively contrasted air regulation.

The balance and the kind character of Black Cavendish by Il Vaporificio will be particularly appreciated by newcomers, but even vaper more savvy will exploit it as a delicate intermezzo for long vaping sessions.


Time of maturation: at your leisure.


Cons: In vaping, unlike analogue smoking, perhaps a more pronounced fruity character would have been more appreciated.