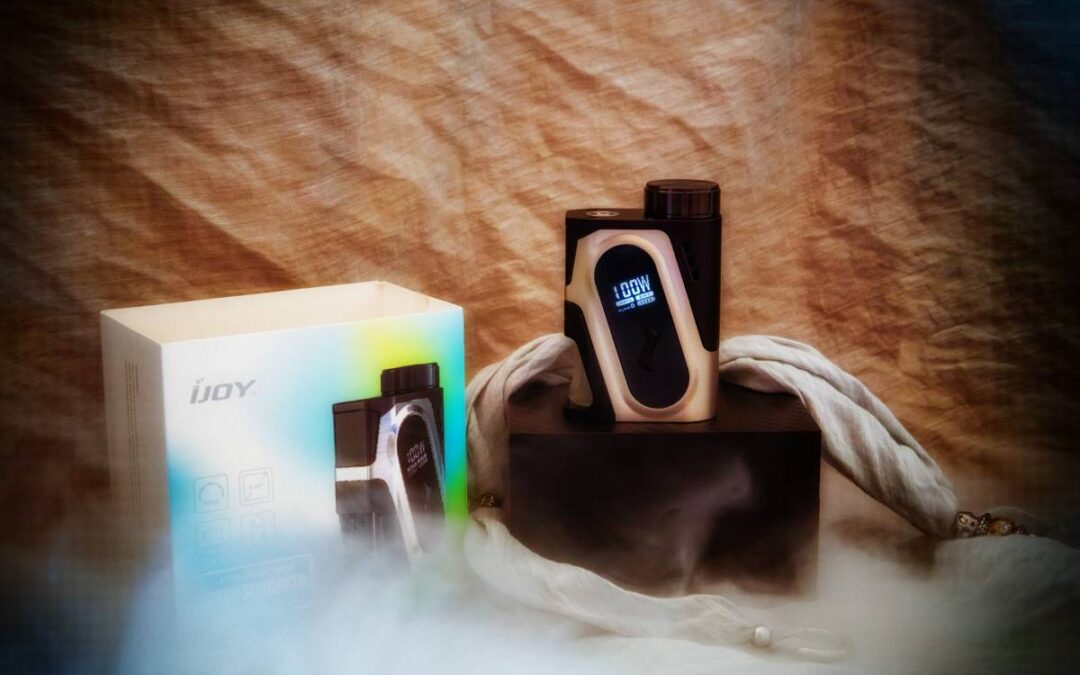 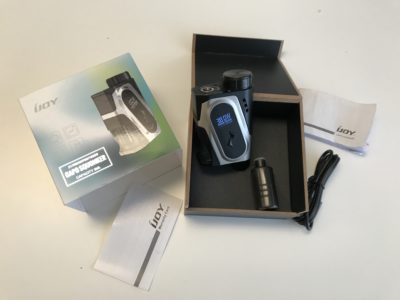 Ijoy in the design phase of his new fatigue has certainly taken cues from the competitors. At first sight the box does not convey that feeling of never seen, certainly many features have been reused in this box that looks very much like the famous and beloved Pico Squeeze of Eleaf, in fact we find the same arrangement of the battery with the part of the negative that is out of the shape as well as the position of the bottle which is located in the front. The biggest difference is in the display that we find in the front part embedded in a rounded aluminum frame and in a slightly oblique position in the lower part we find the keys more or less inserted in a lightning bolt. The display has a size of about 1 inch, reports the watt the omhs and the battery charge, the whole is covered by a plastic but is very delicate and not resistant to scratches. On the opposite side of the display the general drawing remains the same but instead of the display a panel has been inserted in which on a blue background at least in the black color it shows the writing “Capo squonker”. The fire button is immediately above the squonk bottle has a square shape and the pressure is “trigger” to the pressure the final result is precise but a bit creaky. From an aesthetic point of view, the overall effect is that of simplicity but the finishings in aluminum are the most attractive part and they finish a box with plastic materials. The feeling of solidity is good and seems well assembled. 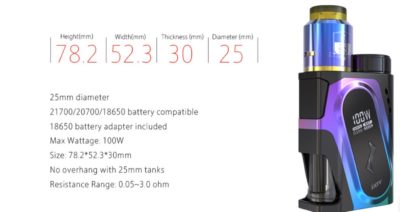 The feeeling, once the Squonk head is challenged, is immediate and comfortable, the grip is solid, the rounded part of the back is perfectly adapted to the grip of the hand that is not slippery given the dimensions quite small for a box that can also accommodate 20700 batteries and 21700. In fact, the box is 78.2 mm high and 52.3 mm long and 30 mm wide, in fact it can also house 25-mm atoms without leaving the edges. The weight instead is what you feel the box indeed weighs X with a battery and the full bottle. The access weight does not favor the convenience of transport and you can hardly put it in your pocket without noticing it.

The box was definitely designed to be convenient and all at your fingertips in fact, once taken grip get anywhere without ever leaving the grip, the bottle positioned frontally is very convenient as the fire button positioned above it allows us not to do extra or uncomfortable movements, transmitting that feeling of simplicity from the first use.

So come to the point, do not be fooled by the presence of the display and the watt adjustment keys the Capo is not a pure electronic box as we could imagine. In fact, the box is more a hybrid, once built the resistance and mounted the atomizer the box will deliver the watts following the classic law of ohms just like a mechanical, and then what is the display and the buttons for the watts? if all of you are asking the answer is simple the box works only in step down and not in step up in fact: if the watt set are lower than those that can be dispensed mechanically, reminding us of the battery charge, the boss will cut the dispensing according to the set watts, but if the selected ones will be greater than those that can actually be supplied for the battery, the circuit will be simply ignored. In confirmation of what has been said, let’s add that the battery drop is noticeable and therefore the integrated circuit will not keep the watts from beginning to end. The end result is a mechanical box but protected by the circuit, in fact we find different protection such as: short circuit protection, protection from too low battery, protection from too high temperatures. The presence of the circuit makes that the box can light up with the canonical 5 clicks but there are no menus or other modes, it is also possible to recharge through a USB port on the back, but it is much slower than the charge with a charger external. 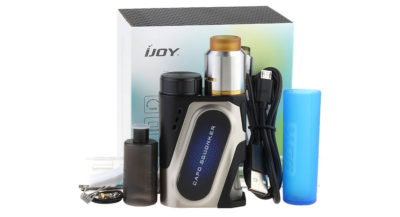 Speaking of performance, in our opinion the box is not without some small flaw in the first place the display is misleading, in fact at the sight of the less experienced it might look like an electronic box in style Vandy Vape Pulse but no, so if we talk about mechanic we must definitely talk push the box is quite reactive to full battery but lazy as soon as the battery indicator on display loses a clatter of the 5 present, the fire button is accurate but it is the piece that seemed less solid overall.

A small and dutiful mention should be made for the bottles in confusion two arrive one completely in silicon soft enough and the other clear formed by a harder plastic structure with in the central part two soft squares for the pressure, surely this is the one with which we have had more difficulties is not good enough to find the right strength in the pressure to have a “satisfactory squonkata”. We can certainly say that the squonk system is precise and does not lose a drop of liquid.

The box on the whole is very simple to use thanks to an easy and clean squonk system but the crux is that once you understand the simple concept that it is a mechanics with protections everything will take another turn, so there will be think of the right resistance for our needs and our style of vaping always reminding us of the law of ohms, but if you still have any doubts the circuit will help you avoid unpleasant situations. 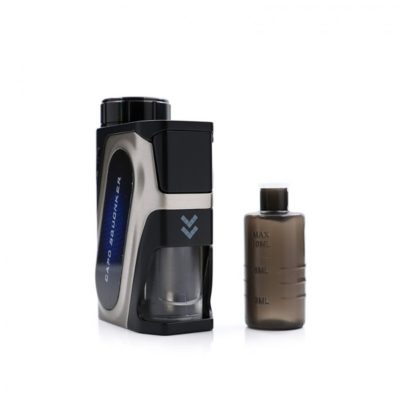 Ijoy brings to the market a mechanical box trying to add some small features that make the face emerge from the group, a mechanical box well protected by a good circuit that allows us a bit more freedom, unfortunately the work of the chip is limited to a marginal role and therefore not suitable for those who do not look for a mechanical box. Those who are looking for a semimeccanica this faces the market with a good push and with the awareness of being able to do well and compete with everyone.