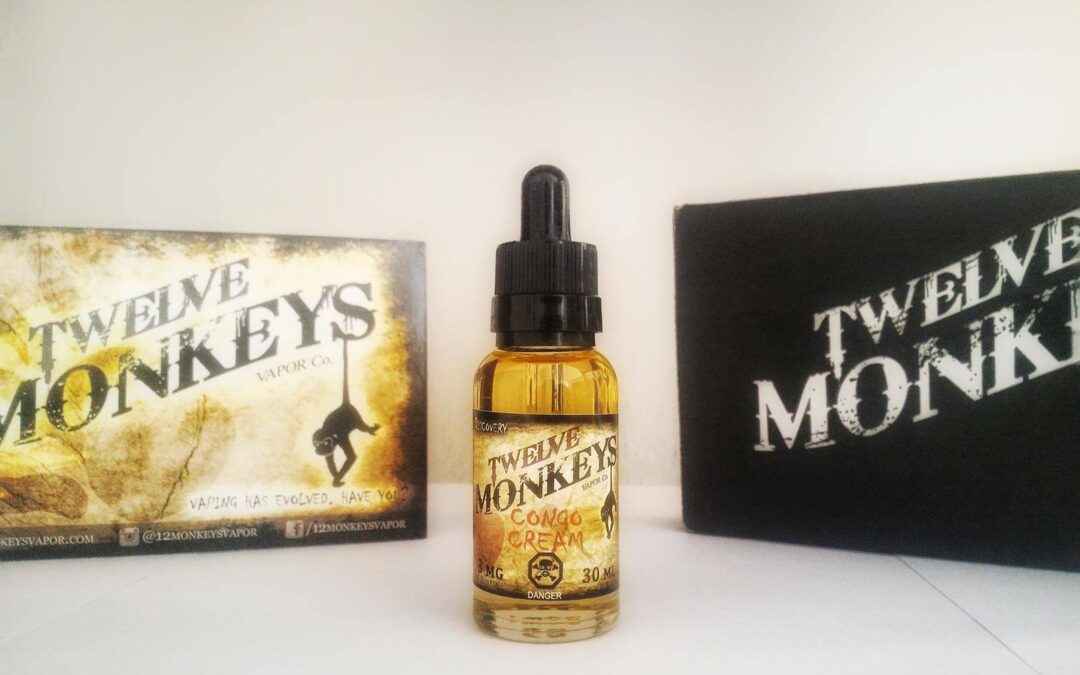 The Twelve Monkeys Vapor brand has risen to the forefront of the international e-liquid scene over the last two years, proposing to the vapers a tasty sample of sweet creations of unmistakable aromatic impact. The e-juices of the Toronto company, already extensively tested by our team, have a strong appeal among the younger vapers and especially among cloud chasing lovers, as they are very performing with powerful and airy vaporizations. The company has specialized in making fruity sweet and exotic, but to satisfy the pulsating winter vaper “monkey”, has also produced some creamy e-liquids. Today we are dealing with a creamy Discovery line product: Congo Cream.

Although the bottle in my possession is a classic glass bottle of 30 ml pre-TPD, I remind you that now all Twelve Monkeys products are absolutely TPD compliant and marketed in Italy in a 30 ml format divided into 3 bottles from 10 ml PET placed inside a cardboard tube as shown in the picture below. 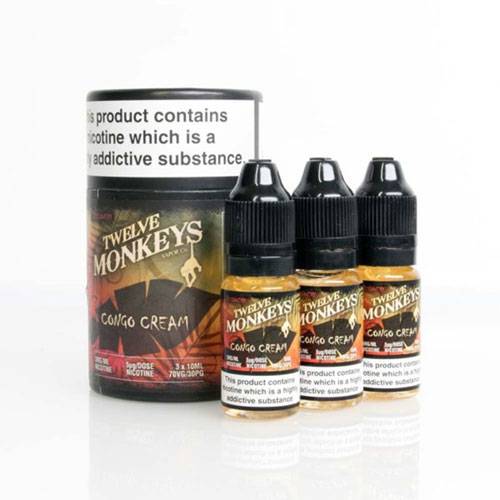 This tantalizing recipe incorporates two distinctly different creamy vanillas to elevate the flavour of handpicked, fresh strawberries. Experience the taste of this sophisticated cream that has evolved to become a unique treasure. 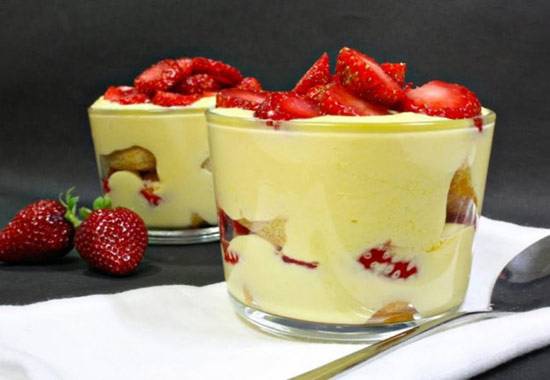 Unexpectedly on the smell Congo Cream shows itself in contrast with the other 12Monkeys e-juices: aromatically little marked and with an all-over-complex structure. We perceive the notes of a generic custard cream only partially soiled by a soft strawberry scent. The olfactory picture is much less explosive than the other creations of the brand, and this gives back an unusual feeling of “normality” that we were not used to.

After carefully preparing my Peerless, I am ready to vaporize the first drops of Congo Cream. And for the first time since I’ve been struggling with a Twelve Monkeys, I feel a strange sense of dissatisfaction … It opens up to me an unpredictably common and monotonous aromatic scenario; the liquid looks rather anonymous, strange to be a Twelve Monkeys. Used to feel me fill the palate and make me sweep the papillae by a whirlwind of flavors unquestionably tasty and sometimes even disproportionate sweetness, here the scenery is drastically different … Nothing unpleasant and disharmonious certainly, but far from the characteristic aromatic tone of the Canadian company.

Describing the Congo Cream vape is relatively as simple as its recipe. The main ingredient of the mix (but we could also say the only one) is the custard cream that is present and invariable in all the vaping phases. From the inspiration to the aromatic persistence post vaping (however modest), a creamy monopoly with little character. This cream of vanilla, sufficiently round and very delicate does not stand out in body. Just its sweetness level but, thanks also to a more “human” composition with “only” 70% of VG, it is not a fat and dense cream. The sense of fullness that one would expect to perceive at the end of each puff is lessened. Indistinguishable are the two different types of vanilla that the manufacturer claims to have used, indeed the vanilla ensemble is rather flat and not very variegated.

The presence of slight aromatic strawberry nuances, only partially enriches a recipe that is ultimately simple and without any noteworthy high notes. The strawberry aroma is very timidly known inside the custard itself, making me think that after all, Congo Cream is nothing but a typical strawberry custard. Otherwise, a vanilla cream garnished with “handpicked fresh strawberries” would have given a far deeper and more faceted taste perception.

Oh yes, Alas! the official description given by the manufacturer (and I add the previous taste of other creations of this brand) in this circumstance had created well other expectations…

Cons: The strawberry is decidedly subdued and the cream is not very full-bodied.