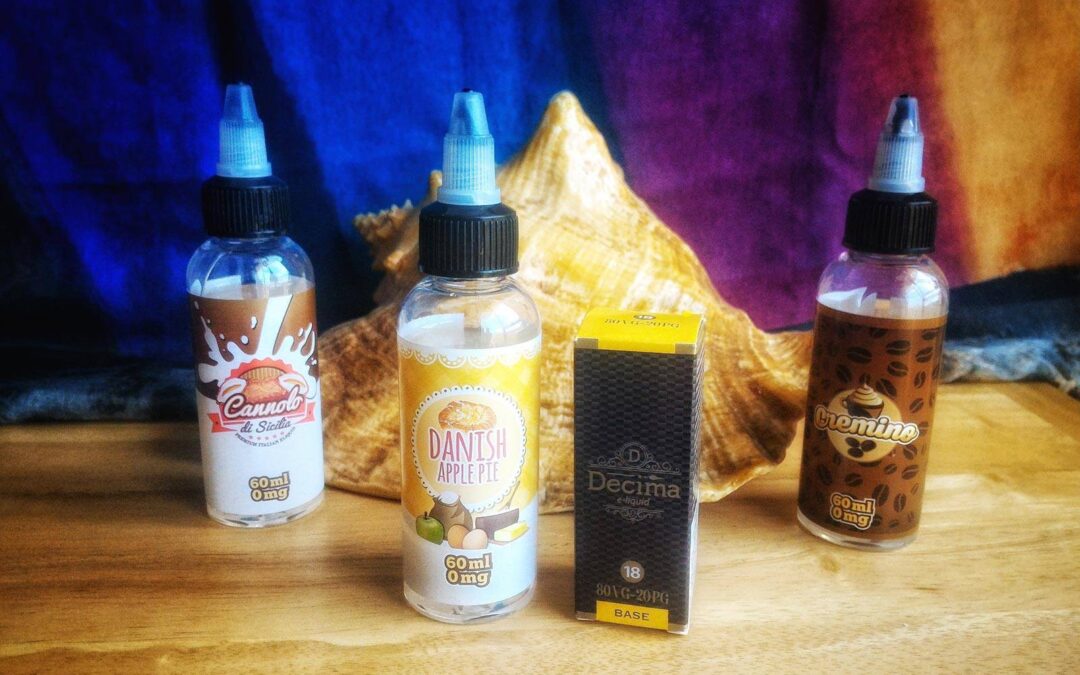 For today’s review, our team has decided to go back to dealing with an Italian company that has already widely shown here on our pages, being particularly helpful and at ease in creating creamy e-liquid, often inspired by famous recipes of pastry. We are talking about the Decima liquid company by Palermo and its tasty, sweet and refined creations. After talking in the last months of the e-liquid “Cannolo di Sicilia”, absolutely sumptuous, today we will talk about a typical product of the Danish pastry that bases its historical origins in the pastry Viennese tradition.

The e-liquid subject of our review is the Danish Apple Pie so described by the manufacturer:

The smell of apple cake and the fragrance of the caramel puff pastry characterize the aromatic notes of the Danish apple pie liquid that sublimates in the steamy little Danish dessert. The puff is pure pleasure for the palate and smell, which is indispensable for lovers of apple cakes.

The product is made in Mix series packaging, 50 ml basic version + 10 ml base (with or without nicotine) to reach a finished product of 60 ml. The bottle is made of PET with a screw cap. The label graphics are simple and very clear, with a style that resembles that of many biscuit or snack packs.

The olfactory analysis predicts a tasty, aromatic, sweet and fragrant liquid. In the front line there is a definite and unmistakable aroma of baked apple alongside sweet faded nuances. Only in the background there’s a light base of pasta with a slight buttery accents.

Danish Apple Pie is a vivid example of a liquid that can transfer the very (tasty) olfactory sensations even in vaporization. Inspiration is characterized by the strong aromatic impression given by the intense taste of cooked apples. They arrive on the palate rich and softer, very fragrant, maybe too much? The overall aromatic perception is, despite the load with which it is presented, highly faithful to reality. Try to imagine a baking tray sprinkled with apples and with a thin cinnamon veil that is freshly baked. That hot and steamy flavor of home-made cooked apples is perfectly evoked.

The already intense taste of the baked apple is enhanced and further sweetens in the heart of the puff. The nostrils become fuller, and in the background there’s a base of brioche greasy and buttery, according to the typical style of the northern European pastry which, with an abundance of ingredients, adds a marked use of garnishes and finishes; a confectionery at the limits of aromatic saturation. Here the puff pastry goes happily accompanied by evident vanilla nuances and a spicy (cinnamon) light but not negligible. All this is completed by a thick layer of glaze, which garnishes the brioche and reinforces the perception of sweetness. The aromatic nuances, though perhaps a bit overcharged, are well-faced and easily distinguishable, a sign of this great skill by Decima chefs. 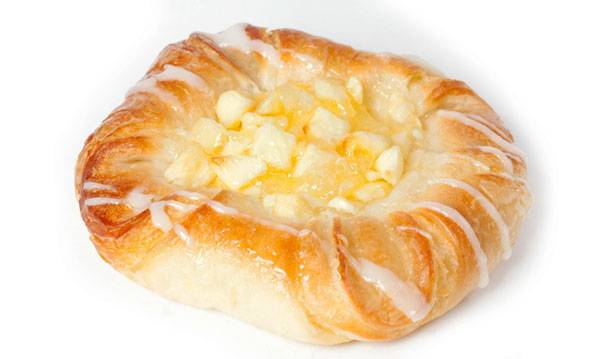 The interpretation of an original Danish Apple Pie of Decima is in my opinion meritorious. The liquid is a creamy with sweet tones and very high aromatic loads; it is testified by both the tails puff notes, from which the delicate caramel nuances emerge,  and the consistent but still pleasing aromatic persistence. An aromatic load in our opinion deliberately given by the manufacturer, to better reflect the typical Danish dudes.

As always, however, such marked aromatic stamps do not quite agree with the ability of a liquid to “hold” a vast vaping time. We can not think of it as an all-day vape, but we do not exclude that there may be many vapers able to appreciate it without limitation.

The Danish Apple Pie recipe is not new in the e-liquids landscape, in fact … The offer is quite varied also in the form of concentrated aromas. The version made by Decima is, in our opinion, the most deserving of the fidelity of taste and the sense of naturalness that transpires from all its ingredients. Decima proves to be perfectly comfortable with all the creations that have to do with the fascinating and aristocratic pastry world. The company mastered the field with excellent technique balancing and balancing its creations with a sense of fine refinement.

Pro: Another demonstration of the skill of Decima with pastry liquids. Excellent aromatic fidelity but…