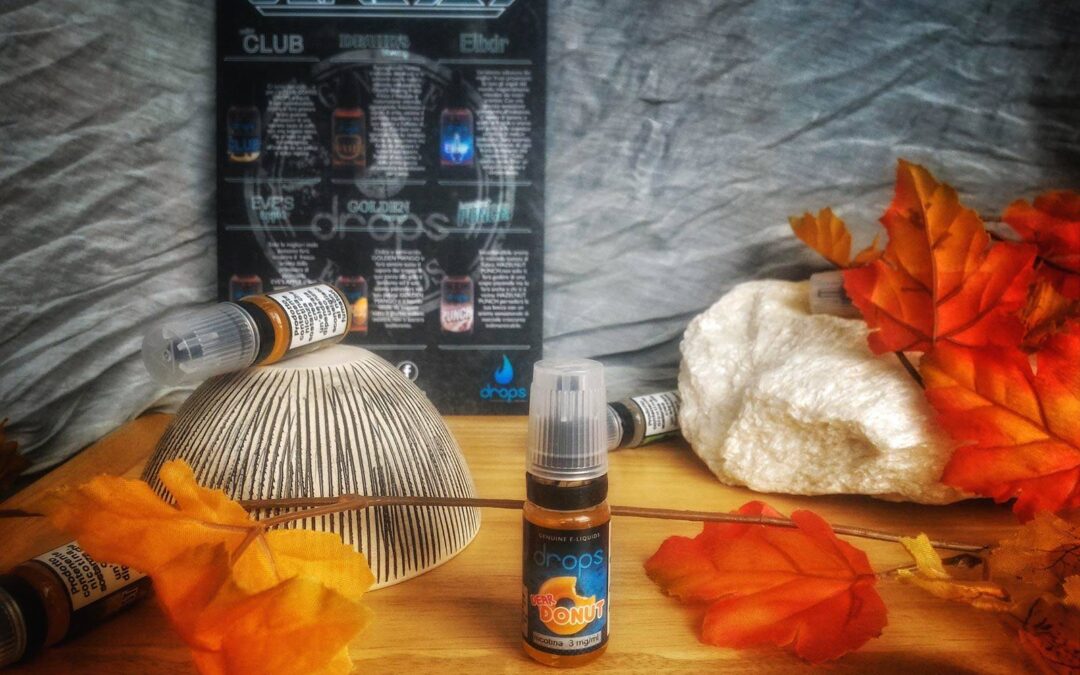 Drops Eliquids is a leader company in Spain in the production of premium e-liquids. Our team had the pleasure to meet Drops guys during the Vapitaly 2017 and is ready to let their creations be known to the general public of the vapers of all around the world.

Our explorative journey through the flavors of Drops Eliquid begins with their latest line, the Artisan Selection: three so famous recipes for the vapers: Dear Donut, Great Breakfast and Heaven Secret.

Be seduced by Dear Donut. Close your eyes and transfer to the world of pleasure with capital letters. Soft sponge and soft baked just finished with sugar coating. A traditional sweet that is enjoyed generation after generation.

The Dear Donut bottle in our possession is a typical example of a 10 ml PET bottle perfectly in line with the requirements of the TPD directive. The label is simple but effective and graphically depicts the content of the silhouette depicting a freshly thinned donut. The thin tip dropper is very useful for any refill operation. 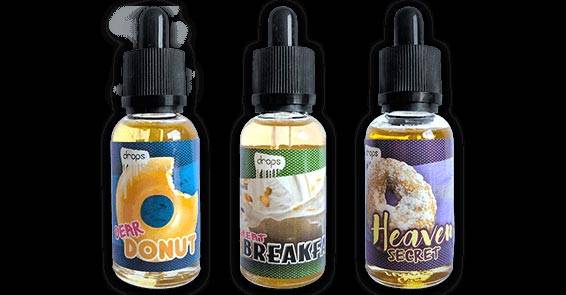 On the smell, a lightweight alcoholic background anticipates a clear and clean perception of fried and sugary donut notes. But should not it be a Baked Donut? But the smell test reveals strong oily notes that seem to be joined to a fragrant dough that is well remembered by a donut. The ultimate perception of a real fried donut is guaranteed! Great, if you ignore the official description of the producer talking about freshly baked dough.

So I am going to start with the vape test that will remove certainly any doubt. My Peerless is ready to welcome the first drops of the Drops Donut.

The doubts melt since the first puff, when the palate is immediately pervaded by an intriguing and scented flavor of … fried donut! It would have been strange the opposite, in fact, being too obvious the smell of fried oil felt to the smell. You will taste this donut thoroughly, feeling the pleasure of smelling a soft, soft pasta with thin vanilla veils that very closely resembles the consistency of a typical Anglo-Saxon donut. This is because, even if there are so many variations of this pastry cake, its origins are certainly Anglo-Saxon. An almost imperceptible acid tip makes me even think of the presence of lemon rind in the leavened dough of the donut, all really cared for in the smallest detail and aromatically working to perfection.

The soft donut paste is enveloped by the indispensable taste of its frying, two flavors that work in symbiosis by bonding to each other, achieving a commendable aromatic result. A donut is fried if not that Donut would be? To complete this very successful recipe, a delicate sugar icing, a light garnish to soften the whole thing. 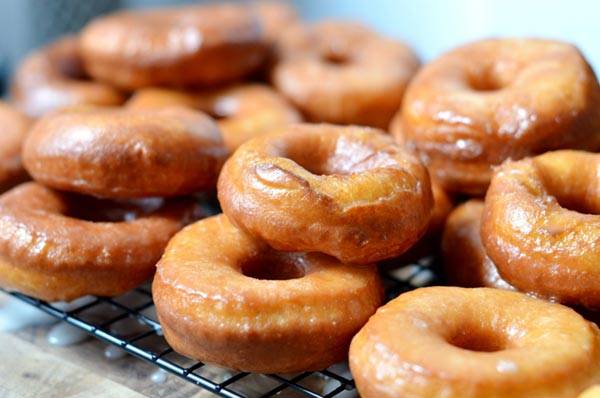 The mix is well balanced although perhaps a pinch of roundness would have closed the perfection. In my opinion a tiny banging that does not endanger the excellent quality of Dear Donut.

The aromatic load never appears to be exaggerated, a decisive contribution to appreciate this liquid better. Also the aromatic persistence is good, always invites a new taste for a further puff.

The Spanish manufacturer shows, with this first product reviewed by The Flavourist, an essay on its capabilities, creating a very tasty product. It is true that Drops is tempted on a widely proven recipe, a relatively easy and devoid of traits, but it faces and performs with absolute mastery “drawing” a delightful e-juice. The recipes that reproduce the liquid version of donut so dear to the Americans and not only are many and it has to be said that the results are now aligned all or almost toward excellence. Anyway, it may seem strange that a Spanish company has devoted itself to this kind of Anglo-Saxon pastry.

Our aromatic travels often lead us to unexplored coasts, new discoveries, and knowledge that expand to new horizons … In Spain, there are the Rosquillas, typical cake with ancient origins, are so famous, from the Roman Empire to the rest of the world … Sure a rosquilla is older than a donut.

And then, congratulations to Drops for creating Dear Donut and for making us know about a true Spanish Rosquilla!

Pro: A great Rosquilla realized with elegance and simplicity.

Cons: A pinch of roundness in addition to absolute perfection …