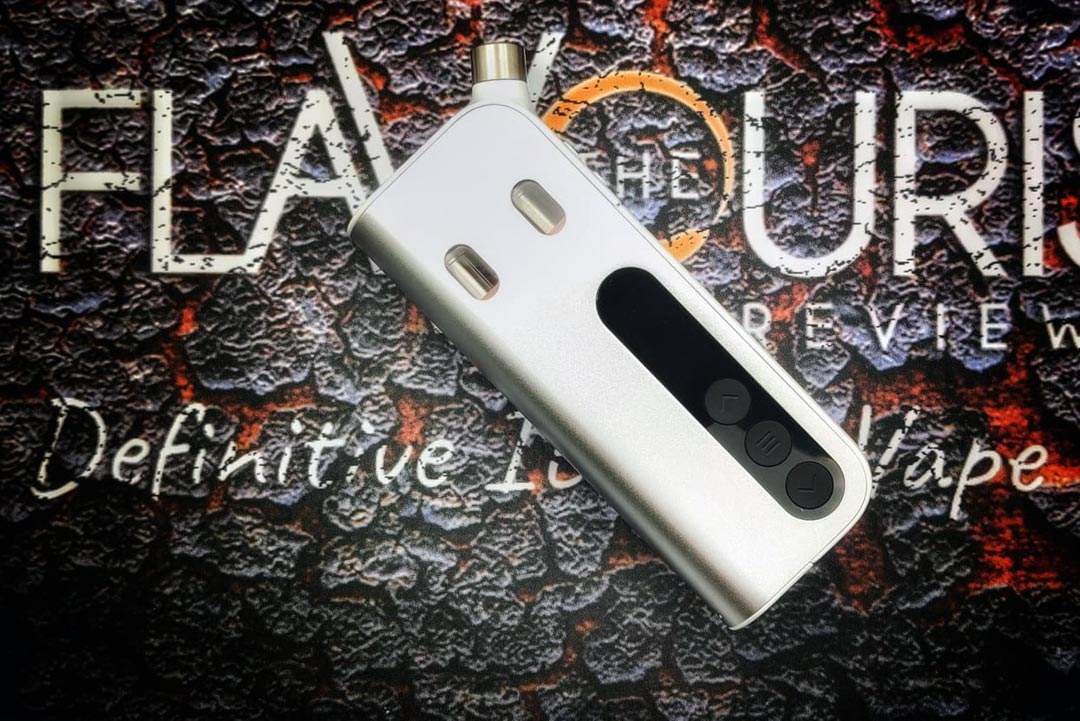 Name: Enovap Plus (Enovap) – Pod Kit – received by the manufacturer

Enovap Plus, the smart device to control nicotine level

It comes from France, Enovap, the innovative vaping device designed by the French company and manufactured by Kangertech, one of the most famous Asian manufacturers in the Shenzen district. The French company has developed a personal vaporizer, powered by an 18650 external battery, which has the great peculiarity of being a smart device capable of interfacing with a smartphone through a dedicated app, and above all equipped with a dual function allowing nicotine level control or mixing of two different e-liquid flavors. Before explaining in detail the characteristics of Enovap Plus, I start as usual by reporting the contents of the package I’ve received. 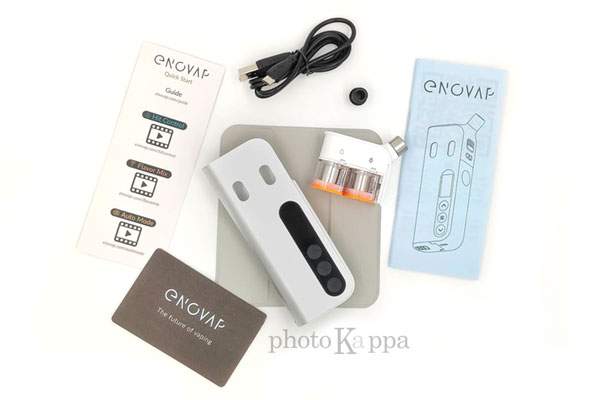 The most striking feature as soon as you come into contact with this mod is its quite generous size. The Enovap lines are certainly graceful and modern and the design could be defined as absolutely minimal. And ultimately it is. Except that you could be a little surprised by a definitely out-of-standard height, that could make this device a little bulky and not truly portable. From the constructive point of view the device, made of aluminum and zinc alloy, is impeccable, burr-free and, in my opinion, really well-finished in every detail; moreove, when you hold it, it feels like a solid and extremely robust product.

Enovap has a large, circular “fire” button on the front, a lock/unlock button for the pod section, a button for airflow adjustment; on one of the two sides of the box there are two transparent windows at the top to check the e-liquid level, a bright display of about 1.2″ and three function buttons (“+” and “-” button and a central one to select the device functions).

Enovap has a height of 120 mm, is 47.6 mm wide and has a thickness of 23 mm, for a total weight of about 233 grams including the protective cover. There are two drip tips to outfit (with 510 connector): one in stainless steel for DL vape, with an inlet hole of about 6 mm and a outlet hole of 7.2 mm in diameter and a second flared black tip (probably in delrin) more suitable for MTL or restricted flavor chasing with 5.5 mm inlet hole and 5.8 mm outlet hole. As previously mentioned, the device is powered by a 18650 battery to be purchased separately. I want to remind that the battery  should preferably be charged with an external charger, even if there is a 500 mAh micro USB port under the device base.

Great attention should be paid to the Enovap technical characteristics, unquestionably unique in the vaping world. What is so innovative on the Enovap device? It is equipped with two cartridges (pods) with integrated coil which can “interact” with each other thanks to the installed chipset. Basically it is possible to ask the circuit to draw from one of the two pods or simultaneously from both in variable percentages. Enovap can therefore be defined as a dual pod system, capable of mixing the e-liquids contained in each of the two pods at will and thus allowing to adjust the hit in the throat, changing the nicotine level while vaping, or to mix two different e-liquids. Let’s take a closer look at how it works. 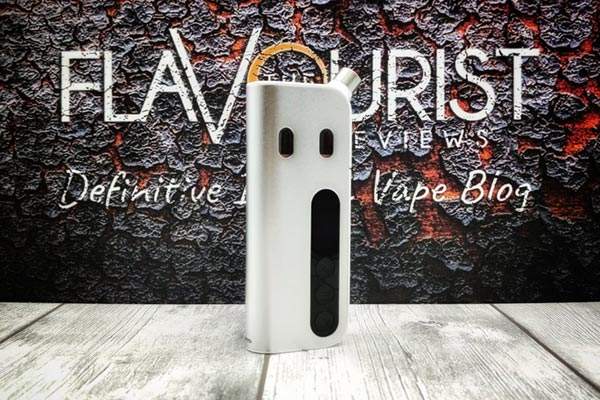 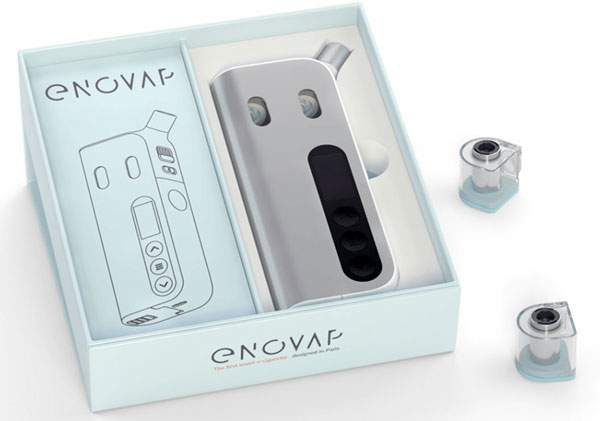 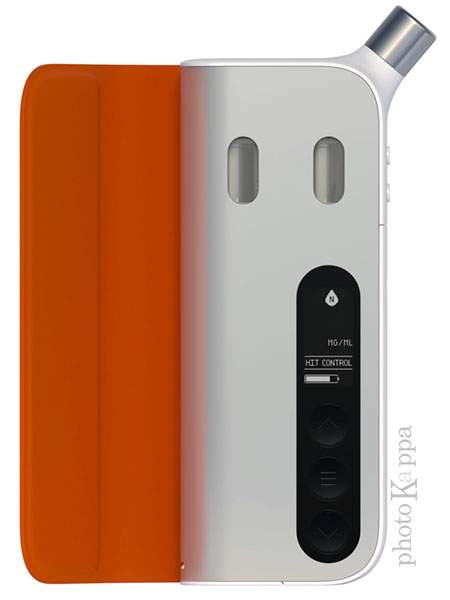 Enovap plus can supply up to 55 watts but the display shows the delivery power expressed as a percentage value and not in watts. The airflow control system is unique but still effective; it’s realised with a button (just below the drip tip) with a drop-down movement (from top to bottom and vice versa) that opens or closes the grating window for the air inlet.

To access to the cartridges you have to remove the pod module from the box first by moving to the right the button marked with the padlock icon and located under the airflow control. Once the pod module has been removed, it is possible to work on the two anti-leaking cartridges. In fact, Enovap pods mount integrated and non-replaceable coils. The French manufacturer has set up two types of pods for its smart device: DL pod with 0.6 ohm SS316L coil and MTL pod with 0.9 ohm SS316L coil.

The pods fits into position by simply pressing them, so for the replacement it is sufficient to pull them down. The Enovap refill system is also very easy. It’s a classic system whereby a silicone cap should be removed to expose a slot for comfortable refilling. 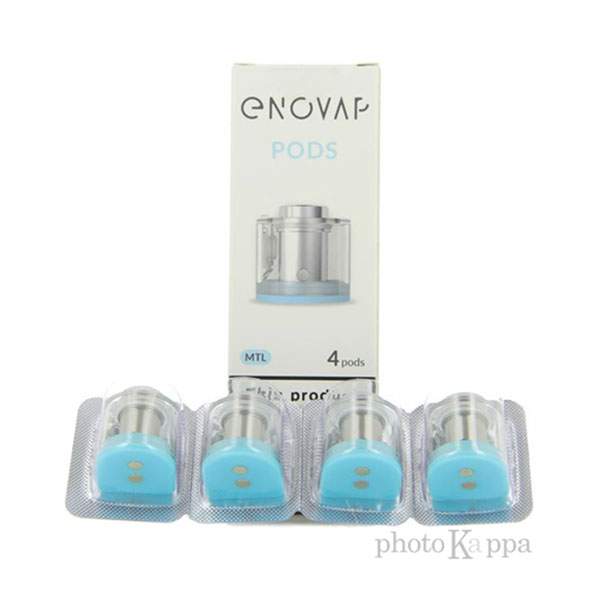 The performances of Enovap Plus have positively surprised me in every sense! On the one hand I was able to verify how effectively the circuit manages the dual pod system with a precise and punctual mixing of the liquids or the nicotine level in the two pods; on the other hand I noticed how the  18650 battery management is truly enviable and is able to guarantee a more than good vaping autonomy. From the tests carried out, without quoting any exact data and numbe and considering that the battery autonomy battery depends on several factors (battery type, pod used and vaping power), I can tell that with Enovap isn’t difficult to get through a whole day. 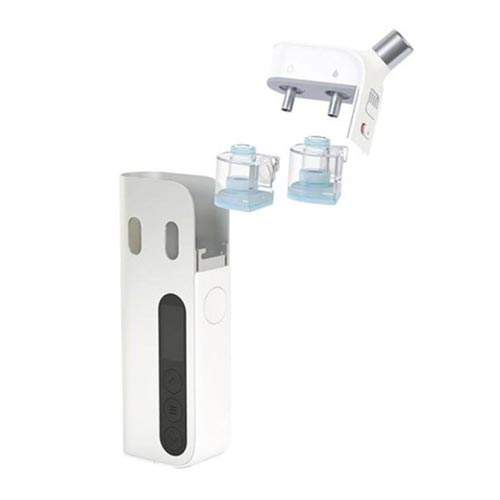 The enviable technical performances are accompained by the very valid aromatic performances with both pod types. What struck me most is the extreme ductility that the pods have shown with various types of e-liquids: whether they are tobacco liquids (preferably synthetic or hydrolates), creamy, fruity and/or fresh e-juices, the Enovap pods always offer an excellent aromatic yield. It has an undisputed ability in faceting and not compressing the aromatic facets even with the most complex e-liquids. To want to be picky and critical all the way, it must be said that these pods are not suitable for those organic tobaccos so appreciated by the Italian vapers and even the MTL pod is not able to guarantee a real tight draw but only a typical restricted flavor chasing puff or at least a loose MTL puff. 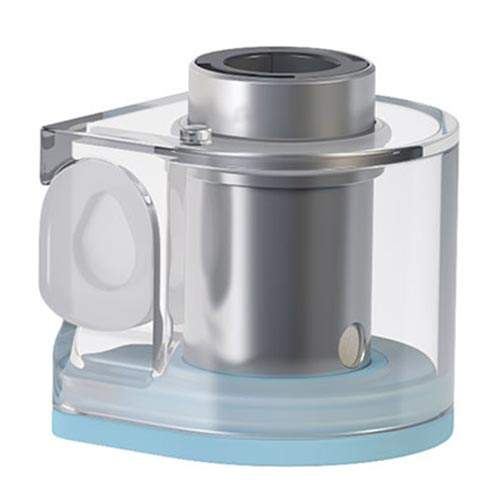 Enovap Plus is a new and intelligent system that deserves the right consideration within a sector that, especially in the last five years, has paid more attention to quantity than quality/innovation, a sector thet has and continue to produce a myriad of very similar systems and devices with few “variations on the theme”. I conclude allowing me to suggest Enovap as a device that could also be very useful for e-cig shops to let new customers and potentially new vapers try quickly different nicotine levels and allow them to choose the ideal concentration to start vaping with.