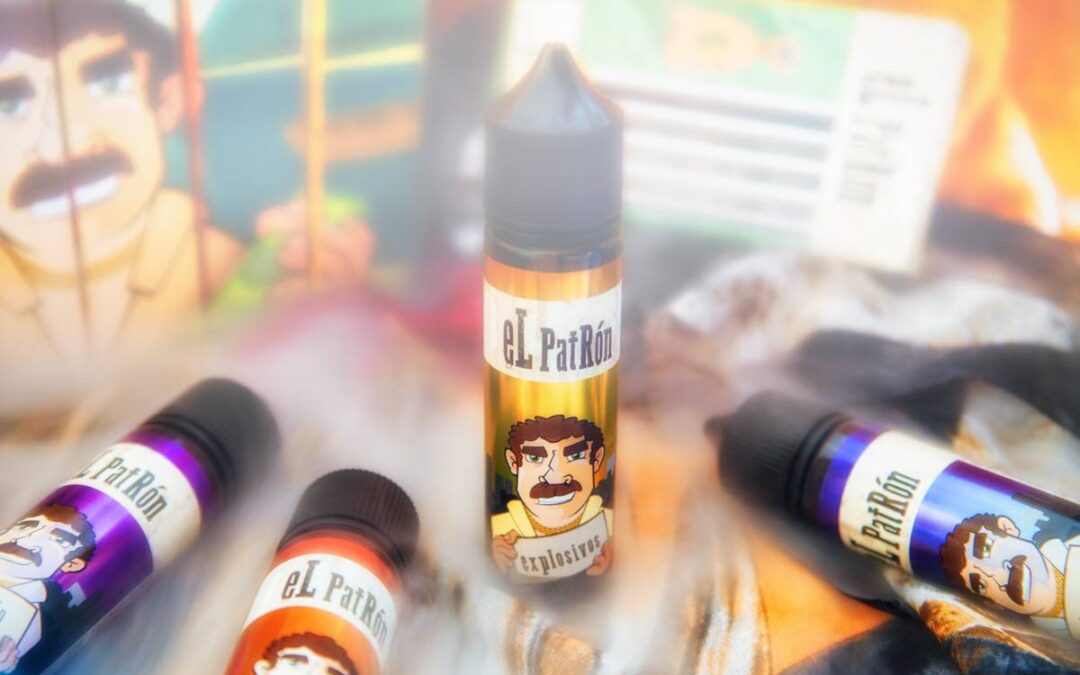 El Patrón is the name of a new Dutch brand that has started to take its first steps on the international e-liquids scene for a few months and our team found it in Verona during Vapitaly 2018. I think we’ll be the first to talk about El Patrón here in Italy…

The story went something like this: Bogotà, Colombia, Universidad Nacional de Colombia, an elderly and experienced chemistry professor has worked extensively on some aromatic combinations; yes, its flavors will have a great success, the professor is convinced … But just like in a true international intrigue, there is someone who is strongly interested in these flavors and, with a diabolical plan and well-architected succeeds in entering in possession.

If today we are here ready to begin tastings the professor creations, it is because after a long series of investigations conducted in absolute secrecy, the police managed to give back to the professor and to the entire community its precious flavors. The person responsible for the theft was El Patrón …

And The Flavourist today will start right from the latter, Explosivos:

The product is inside a 60ml unicorn bottle, filled with the now canonical 20 ml of concentrated aroma to which will be added another 40 ml of vegetable glycerine with or without nicotine. The final e-liquid composition will be approximately 70/30 VG/PG. Very interesting and very valuable are the info on the composition: in addition to the canonical propylene glycol, are named names of some molecules used. Perfect for the curious who want to deepen the chemical knowledge on e-liquids.

And what about the packaging of the product! A cardboard box made to represent the cell (with bars) where El Patrón is held. On the back, behind bars, we can also glimpse the face of the feared gangster. Inside the cell, ops of the box, there’s the aroma bottle with a colored satin label (every taste has its own color), clean and effective. All in a typically cartoon setting. Compliments! 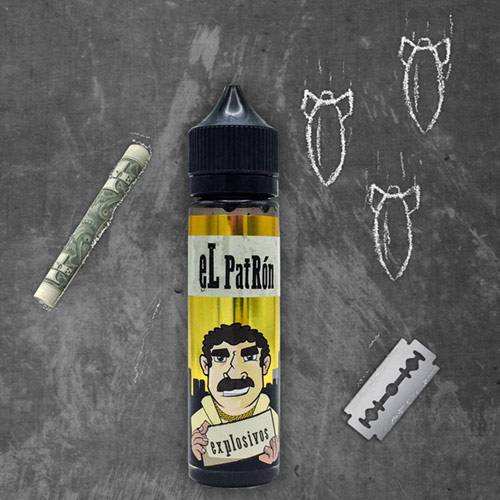 The smell test is more scorbutic and complicated than could be expected by reading the simple description of the liquid. The perfume that comes out of the bottle has a slightly alcoholic background, framed by light balsamic nuances. I proceed with slow and steady pressure on the bottle and I notice that, from the background, an aromatic weave emerges between sour and citrus fruits with shades much sweeter and sugary; it almost seems like a strawberry flavored sugar. On the nose, it looks like an intertwining of explosive aromatic threads!

In inhalation during the first exploratory puffs, an unmistakable citrus scent goes on stage; has some ideas that I would call delicately pungent, with a taste much more similar to lemon than lime, but its taste is pleasant, penetrating and cunning, and prepares the scene for the entry of the entire cast of fruity notes that make up everything the mix. A few puffs are enough to become accustomed to these citrus notes, but soon the recipe will be presented in a uniform and not very multifaceted way and it will not be easy to see the nuances that make up Explosivos. 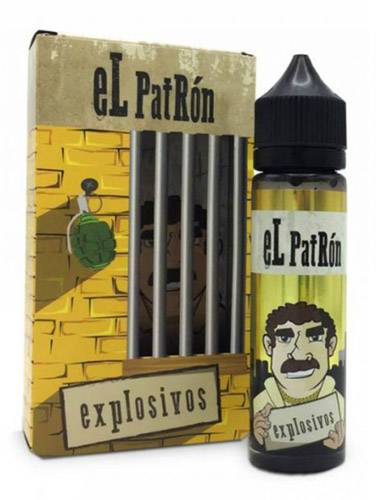 In the heart of the puff, inside a very soft frame now, I can identify some very light brushes of a sweet strawberry, while occasionally it seems shyly to peep out a few exotic aromatic hints that, albeit vaguely, reminds me of the characteristics of pineapple pulp. Deepen the examination of vaporizing continuing for a long time with the puffs of Explosivos, alternating higher frequencies with wider and rhythmic bites; from time to time I give myself some nasal expirations.

It is a subtle and exciting game of aromatic weaves, which in some situations seems to reveal the presence of unsuspecting characters. Like the peach for example, which at times seems to be so clear, but after a few moments I lose its perception, almost hidden and blurred by the presence of ambiguous balsamic veils and a faint aroma of lavender, all seasoned with a solid sweet framework. 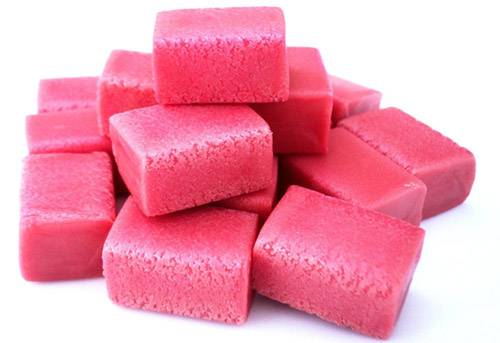 The sweet and highly sugary component of Explosivos indiscriminately possesses all the traits of a fat strawberry bubblegum and affirms itself with fullness in the final strokes of the puff. In expiration, the whole recipe appears tasty, perhaps too much, and its aromatic persistence certainly not negligible helps me to not forget it. And my taste buds certainly do not forget it, just as I know very well that, to the taste buds of many vapers, all this massively sweet complex, it might not only not displease at all, but on the contrary be a source of enormous appreciation.

Personally I would have reduced a bit the interference of the bubblegum. Appetable but not refreshing.

Suggested dilution: about 33% = add 40 ml of neutral base inside the bottle containing the aroma.

Pro: A fruity recipe that is tasty and easy to appreciate. A summer e-liquid for all palates.


Cons: The sugar component of the bubblegum distorts and somewhat confuses the fruity bonds.