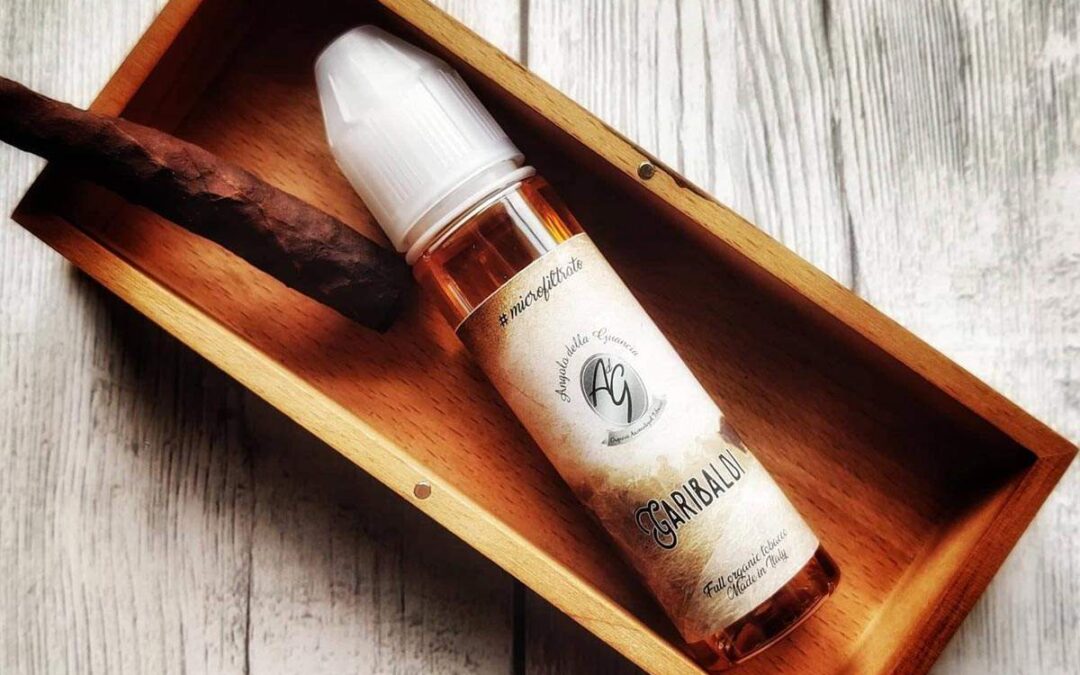 For today’s review I will tell you about organic tobacco extracts and a company, Angolo della Guancia, of which I had the pleasure of testing and reviewing a few days ago the new aroma MiXture H2O, made with an innovative extraction technology using currents of water vapor. Today I’m going to talk about Garibaldi, a microfiltered tobacco extract, launched by the Reggio Emilia company in the summer of 2018. This kind of organic tobacco, compared to a common macerated tobacco, is able to significantly lengthen the life cycle of the coils inside the atomizers.

The Garibaldi aroma aims to reproduce in liquid form one of the best known Tuscan cigars on the market, the Garibaldi cigar. For those not aware of it, the Toscano Garibaldi is a cigar born from an idea of ​​the writer Mario Soldati, who noted that the production of cigars from tobacco grown in Campania and made in Cava dei Tirreni manufacture, offered cigars more clear and light than those manufactured entirely in Tuscany. So he suggested the idea of ​​a cigar made only from tobacco grown in the Benevento area, and in 1982, on the occasion of the centenary of Garibaldi’s death, the Toscano Garibaldi was born.

Angolo della Guancia, thus describes its Garibaldi, as it was said an e-liquid reproduction of one of the most famous Tuscan cigars:

Pure Tuscan Kentucky doc slowly smoked and Gold Virginia form a unique blend that has made the classic cigar famous all over the world for its taste, for its smoking and seasoning. Angolo della Guancia managed to recreate it in liquid format using the same components and preserving the properties of the precious leaves. 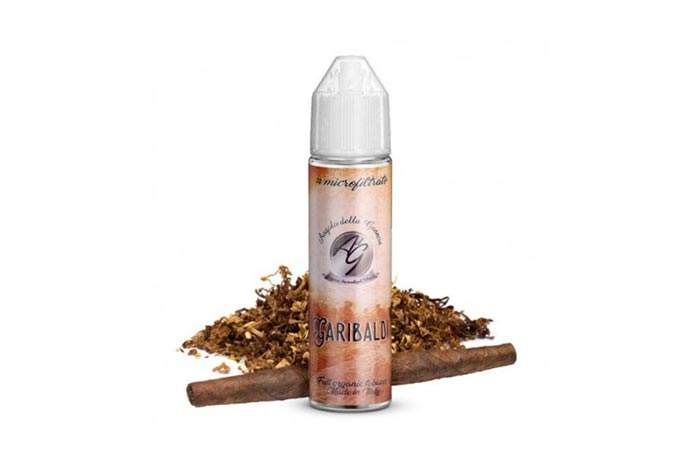 Before starting the Garibaldi smell and vape test, I remind you that this product is marketed in the shot series format, 20 ml of propylene glycol concentrated aroma inside a 60 ml bottle. To obtain the 60 ml of liquid ready for vaping, it will be necessary to add a 30 ml base of vegetable glycerol and an additional 10 ml propylene glycol base.

The perfume that comes out of the bottle when I open it, shows a vaguely shady background permeated by the typical tanning hints of Kentucky tobacco. The dark notes of Tuscan tobacco, however, seem strongly dampened by a clear aura of sweetness which makes this “Tuscan cigar” much more pleasant to the nose than other similar ones. It is easy to speculate that the perception of the sweet note is due to the presence of Gold Virginia which contributes to rounding up a lot and to softening the whole blend. 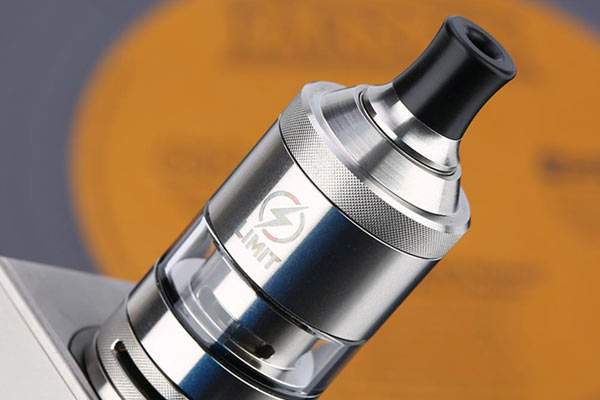 Also in this circumstance, for the vape test I will rely on Limit MTL RTA by Kizoku, for the occasion mounted on the Kirin tube mod by the same manufacturer; an incredible atomizer with irrefutable qualities. We were among the first to talk about it and to praise it in Italy. If you want to know more, read our review here.

The smell perceptions and sensations find ample confirmation in the vape test by presenting me with an e-liquid which, while retaining the distinctive features of a Tuscan cigar and consequently of a true Italian Kentucky, is somewhat affable and never too impetuous. In reality this is not a novelty for those who are expert connoisseur of Tuscan cigars in general and of Garibaldi in particular, as as it was said in the introduction, historically the Garibaldi cigar is characterized by a softer smoke than for example an Extravecchio or Il Moro cigar. 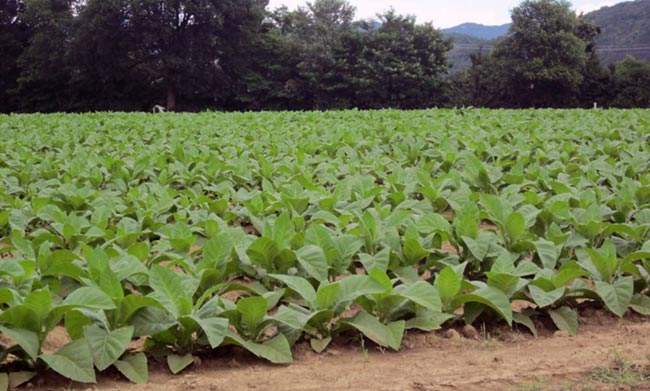 In the same way, this e-liquid by Angolo della Guancia is distinguished by a puff that, especially on inspiration, turns out to be quite round and has hints of leather together with an infinitesimal note of manure typical of Italian Kentucky. In short, the top notes of Garibaldi project me into an unusually “creamy” environment to be a Tuscan cigar. In the heart of the vaping instead, the whole aromatic structure begins to veer towards more jagged shores with more accentuated contrasts; the puff has minimal peaks of acidity and certainly appears a little more full-bodied. 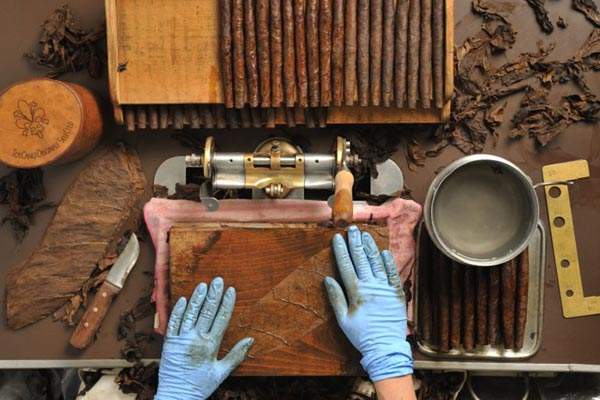 Gold Virginia makes itself felt and not only for its typical acidity, but also because it provides straw shades and greater dryness to the aroma. The broad Kentucky coat still remains a bit on the back, but now its dark tones appear more easily perceptible. In the presence of a series of close puffs, the slight rise in temperatures accentuates the robustness of the entire score and reveals the unmistakable smoked wake of our local Kentucky. 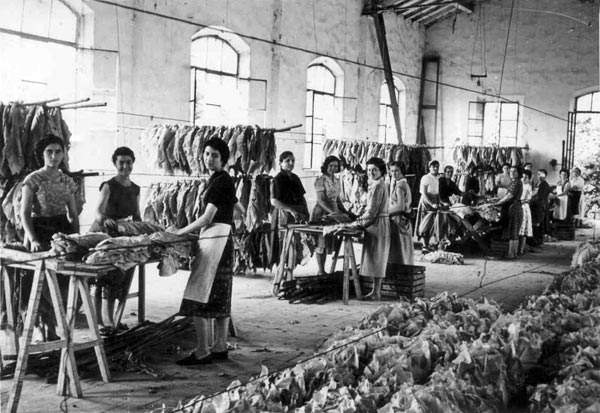 The greater robustness acquired in the heart of the puff also drags in the tail, where the smoky hints of Kentucky further fortify their presence especially in the exhalation phase. Even the hints of manure and treated leather acquire a greater tone, but the combination of that sweet and caressing nuance that characterizes the whole of Garibaldi’s vaping remains evident.

The puff ends with a pleasant and light aromatic persistence, perfect to classify this Kentucky as a commendable all day vape.

Cons: The smoky note finds it hard to emerge except with more compulsive draws or on specific systems that can best emphasize it