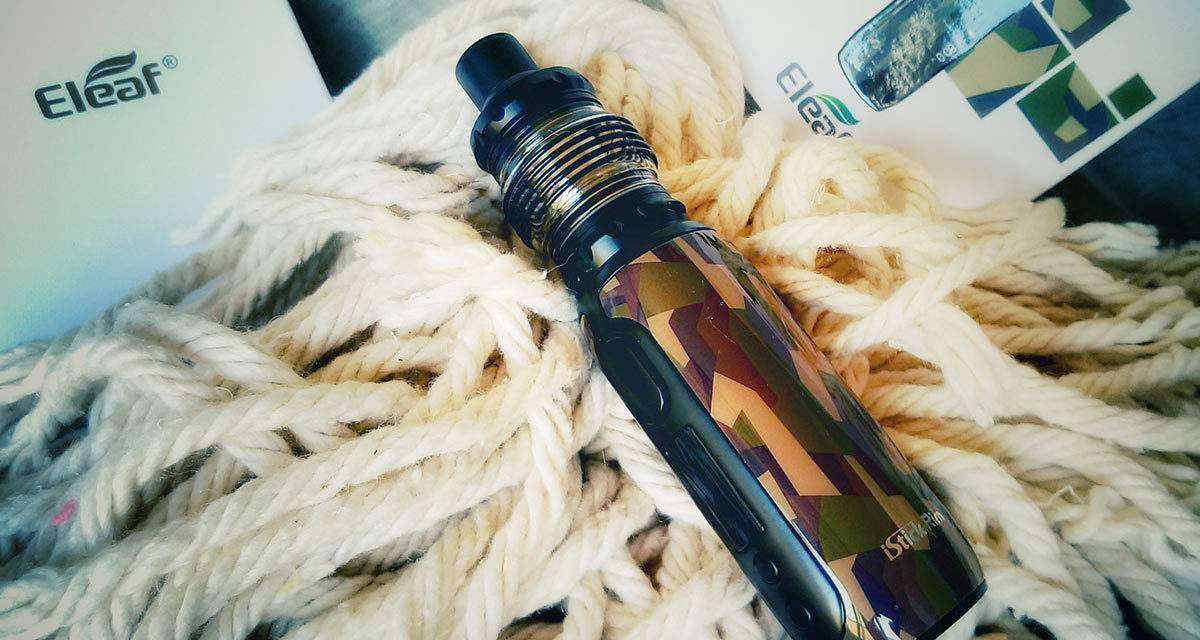 Eleaf, one of the giants of the vaping sector, always very active in introducing innovative products to the market, has recently presented the new iStick Rim kit. It is a kit that fully embraces the current tendency to develop an increasing number of “easy” vaping solutions. It is no coincidence that this is a vaping phase in which we can observe a market that is increasingly invaded by the pod systems, the entry level system par excellence, or even by easy-to-use kits designed for those who want to make an important first upgrade of their vape systems.

Let’s start by looking at the contents of the package.

The iStick Rim Kit immediately catches the eye not so much for its Melo 5 atomizer which, while introducing very interesting novelties (we’ll see them soon), offers nothing new from an aesthetic point of view; instead, it is noted for the soft and at the same time very compact forms of its mod, which broadly resembles the shape of a Chubby Gorilla bottle, a little lower but slightly wider.

The iStick Rim has the side surfaces treated with triple layer IML (In Molding Label) technology (rubberized material, graphic print and protective film), which makes the surface color brighter but also more durable. Despite being a mod with integrated battery, there is to say that seem light years away the times when the mods with integrated battery were perceived of a construction quality clearly inferior compared to the advanced mods . The iStick Rim transfers a sense of solidity and compactness worthy of far more expensive mods.

The iStick Rim Kit including the Melo 5 atomizer, measures 133 mm in height (80 mm the box alone), 36 mm in width and 30 mm in thickness, for a total weight of about 188 g. Compared to many of its competitors, we realize that this combo is not only very compact, but has its main strength in its ergonomics, perfectly designed to be easily gripped. The feeling with the iStick Rim is immediate from the first moment, thanks also to the non-slip rubber pad on the opposite side to that of the display and to the large and welcoming fire button (designed to be pressed only on the top as if it were an on/off switch).

The iStick Rim exceeds the ergonomic test to the fullest!

Let’s take a closer look at the main features of this kit, focusing immediately on the mod. Eleaf has equipped the box with its own proprietary circuit and a built-in 3000 mAh battery that has a really satisfying consumption management from my tests. In addition, charging via USB type C cable is incredibly fast and the total time for a full charge is around 40 minutes. A surplus for the iStick Rim worthy of few rivals!

The Eleaf circuit has a fairly standard function park, but more than sufficient considering that the kit is designed and intended for a user who is not too expert. There are both “stealth” (display off) and “preheat” modes (possibility to choose between 0.1 second and 2 seconds); it is also possible to adjust the timeout time (choosing between 5, 10 and 15 seconds), display the exact battery charge value and establish whether on the display, together with the coil value and wattage value, you want to display volts, puff count or the total seconds of use of the mod.

Alongside these simple and basic functions, the Eleaf circuit offers the canonical protection and security features for the vaper: short circuit protection, low voltage protection (fixed at 3.3 V), dry protection (only with 0.6-ohm EC-S head coil and with a wattage less than 30W), protection for resistances that are too low or too high (min 0.05 ohm – max 3.0 ohm).

iStick Rim is a very simple box to use just because it has simple and essential functions. The Kit, as we said, is designed for users who are not too advanced, essentially for two types of vaper: one who develops with relatively simple systems and has no big claims, and for newbies vaper. Apart from the usual five clicks to turn the mod on and off, it will be sufficient to adjust the vaping power (in increments of 0.1W up to 20W, and subsequent increments of 1W) using the up and down buttons positioned immediately below the display, and the game is done! Eventually it could be decided to lock the + and – buttons to avoid an unintentional change of the vaping wattage (simultaneous pressure of these buttons for about 3 seconds).

In this kit, the iStick Rim has been combined with Melo 5, the new atomizer created by Eleaf. If from the aesthetic point of view the Melo 5 does not make people shout to the miracle, it is from the functional point of view and the innovations introduced that the atomizer is appreciated a lot. The air control ring is well done and offers the possibility of being split at will from completely open to almost completely closed (only one open hole). The two glass tanks available allow the Melo 5 to have a capacity of 2 ml (TPD version) or 4 ml (in the latter case the glass has a rubberized spiral that protects it from falls and shocks).

But the two real big news of the Melo 5 reside in the new refill system and in its anti-leakage system. The liquid is filled from the top by lifting the top cap and pushing it outwards, in correspondence with a cleat on the top cap itself. The refill slot is also equipped with a membrane that prevents the leakage of liquid even in the event of the atomizer overturning.

To the optimally designed refill system, there’s a solution that makes the Melo 5 hermetically closed when the deck is unscrewed to replace the headcoil. Two small bulkheads lower and completely isolate the area containing the e-liquid from the rest of the atomizer. It is evident that with these two funcions the Melo 5 earns the title of a completely childproof device.

Regarding the aromatic performances, there is instead to say that I would have expected something more. And it’s a shame when if we consider the big technical innovations that Eleaf has introduced on its new product. The aromatic yield is not despicable, but genuinely inferior to that feared by the new EC-S 316L stainless steel mesh head coil. I perceived a general flattening of the aromas for all the liquids I tried and also the aromatic marking appeared to me a little subdued. In many situations it seemed to me that there was not the right balance between powers of vaping (suggested by the manufacturer), airiness, vapor production and amplitude of the drip tip (perhaps too large for a flavor chasing vape at 30 watts).

In my opinion, the iStick Rim Kit by Eleaf is a very valid kit with the only exception of the aromatic performance of Melo 5. The mod is small, well made and powerful, with a built-in 3000 mAh battery, well managed and able to recharge in a very short time. The Melo 5 atomizer, for its part, is probably the first completely childproof atomizer ever made, able to completely isolate the liquid inside it even if it is accidentally disassembled. I expect that the manufacturer can solve the problem of aromatic yield, perhaps with improvements on the head coils and some changes on the drip tip (a second one supplied?). 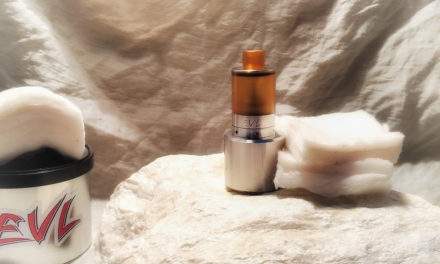 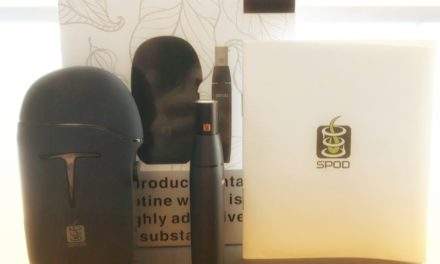 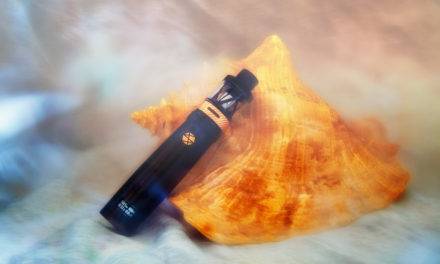 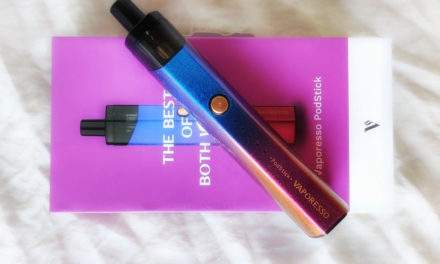