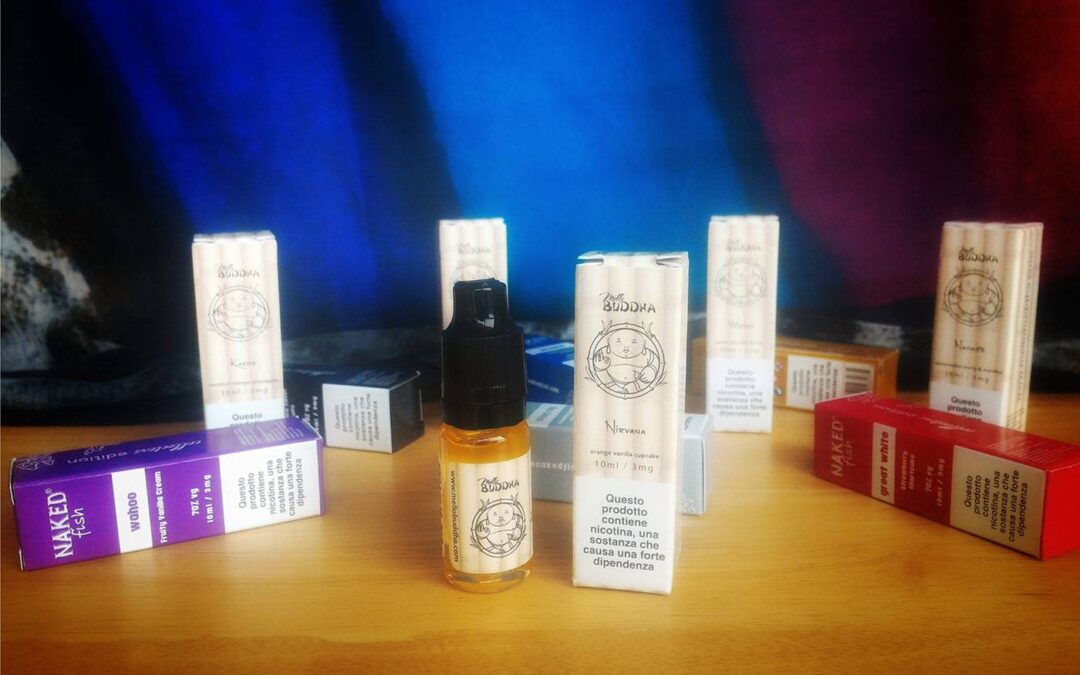 We change the continent and teleport ourselves virtually to the eastern places where we find the eliquids of the Mellobuddha line, produced by the Californian Liquid Science Labs, which, inspired by oriental thought, has created for us a line of liquids with names rich in tradition, that after a period of absence from our pages return to the charge and project us towards Nirvana, in the Buddhist culture represents the ultimate goal of life and a place free from any desire but full of happiness.

The packaging that has been sent to us is very simple and on a texture that recalls in all its style the colors and the images of bamboo reeds stands in the foreground a small and smiling Buddha who greets us friendly, all these little details try to to suggest our mind recalling the typical oriental figures. 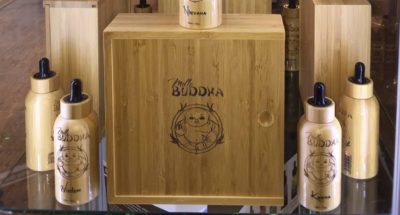 Nirvana is as described by the manufacturer:

Nirvana By Mello Buddha is a marvelous fusion of orange and vanilla cupcake. If this juice doesn’t bring you pure bliss , then nothing will.

Surely given the line and the name we would have expected some more appeal to oriental flavors, but here we are in front of a recipe in pure American style where the aromas are very strong cupcake, just typical American dessert. In this surely delicious dolcetto we find an orange and vanilla flavoring. But we think and also the description tries to direct us in this direction that the purpose of the line is to find the Nirvana not so much in the ingredients that I compose the recipe but binds to the feeling that this liquid will make us reach once tried, we really hope so ! Surely we do not evaluate the products for what we are described and to shake off this half disappointment we proceed with the olfactory test.

Here we are at the olfactory examination of Nirvana. In a very greedy choreography made of energetic vanilla scents that are able to convey almost the image of the soft dough of the cupcake in which we find, in flashes, small citrus games. The definitely positive feeling is held back by small out-of-place elements such as some unrealistic hints certainly given by the synthetic nature of the product but they are not emphasized but we can perceive them only after our nose after repeated tests by pressing the bottle, addicted to the decisive vanilla tends to search for new and different elements.

The first vaporization of Nirvana reveals an e-liquid with an unusual taste, our palate is a little displaced by the steam that is emitted by our atomizer. We expected a fat taste and tendentially very sweet, but the final result is that of a more pleasant and relaxed vaporization. The base of the cupcake is in a delicate expresses the pan notes cake are never out of tune, out of this building delicately sweet and buttery there as an element filling a light vanilla that is not fat but it is very volatile, we almost hard to perceive it a few times . Finally, in the final phase of the breath here comes the sparkling citrus acidity of the orange, it almost seems that the clove has been candied creating that delicious contrast given by the acidity of the fruit and the sweetness of the sugar, this addition, is able to adjust the aromatic range that finally manages to express itself in a greedier and slightly more decisive manner. Definitely also worth noting the phase that precedes another drag acidity donated from orange lies on guaranteeing us our taste buds for a long time this tingly feeling and that is combined in a more tasty with the new bite of this delicate cupcake.

Liquid Science Labs, the producer, tells us about a line with relaxing flavors. As we have seen there are great aromatic peaks, it seems that in addition to introducing the molecular elements to create the recipe producers have added a secret ingredient, surely it is the tranquility and calm that this eliquid transmits from the first breath, a liquid that tries to slow down super aromatic and sweet aromatic games and that manages to balance all the elements while remaining very appreciable for all types of palates. 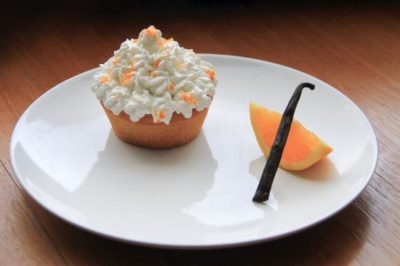 Cons: A recipe that lacks that bit of panache