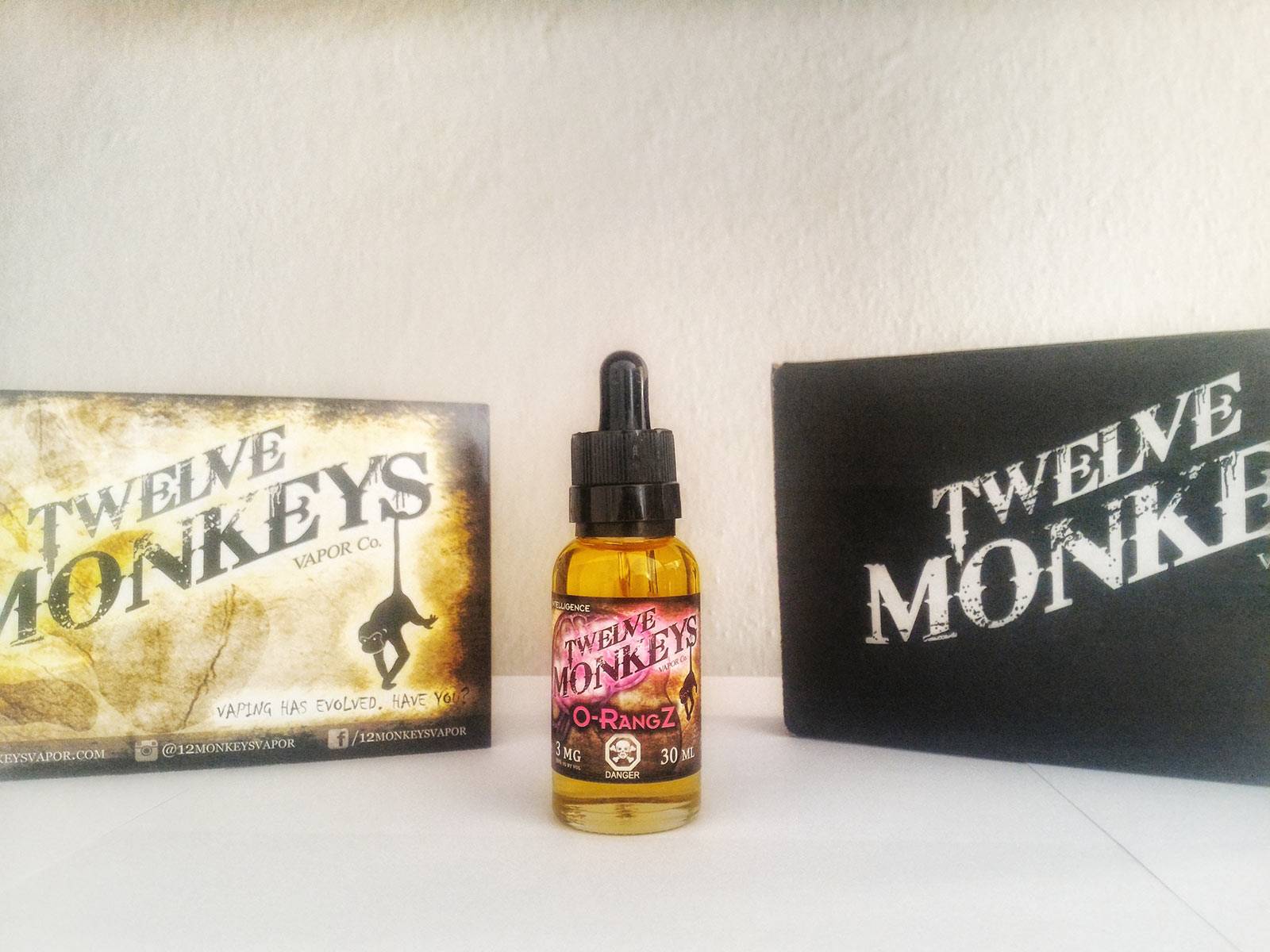 After reviewing the Triumph line, we begin today talking about liquids from the Intelligence line starting from O-rangZ.

The e-liquid bottle in our possession is made of transparent glass with a childproof cap and a glass dropper with a beak tip. The colorful labels of all the Twelve Monkeys emit a freshness and liveliness worthy of the dynamic and fast vaping world. Although the bottle in my possession is not TPD ready, I can assure you that all Twelve Monkeys products are TPD compliant. 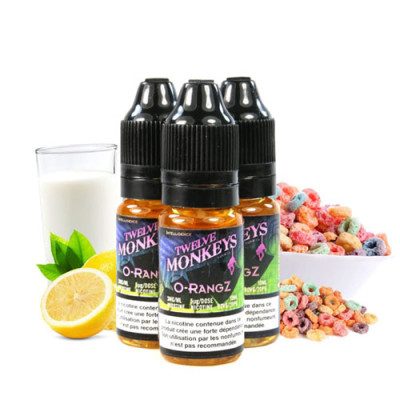 Tired of foraging for food during the drowsy morning dew, Twelve Monkeys developed the perfect breakfast to ease the morning blues. A careful marriage of lemony fruits accented by wheaty cereal and finished with creamy milk. The perfect vape to start off your day AND vape all day. O-RangZ brings back memories of a beloved cereal from childhood.

On the smell O-rangz has a very distinctive aromatic timbre and focuses on the presence of a lemon flavor; on this aroma rests a sweet and creamy base. In the back, a slightly alcoholic background is felt with vague shades that could be remember breakfast cereals. In general, O-rangZ to the smell could be considered a classic lemon ice cream. Like the other creations of the producer, the feeling is that, being particularly loaded and sweetened, it can be a liquid that can be loved by the large public, creating a “dependence” effect on the vapers. In this, the Twelve Monkeys have already shown themselves to be masters. 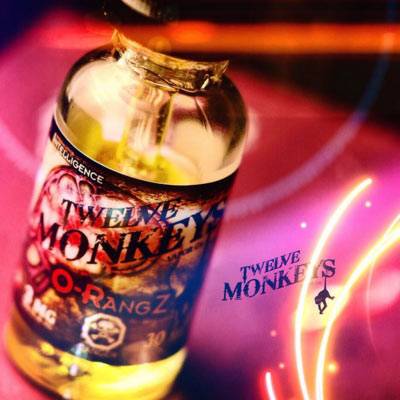 At the vaporization test I present myself with my proven and faithful Recoil RDA and start my vape test oscillating in a range between 70 and 90 watts.

The puffs ,of this dense gold-colored liquid, confirm the high aromatic load sensed by the smell and despite the presence of an aroma of citrus, they can define without shadow the very sweet mouths that abduct the taste buds. The lemon flavor, not superb in quality, gives a somewhat artificial feel, probably also due to its strong concentration; It reminds me a lot of the flavor of multivitaminic or vitamin C integrators, and it reminds me a lot of another e-liquid of a well-known US manufacturer. The assonances are indisputable.

After a few puffs, my papillos, assailed by the liquid aroma load, change the overall perception of the e-liquid: the creamy notes become pleasantly more present and the taste of the lemon passes in the background, becomes secondary, a filling ingredient. All this recreate the feeling of a typical lemon ice cream filled with lemon juice. Do you know for example the “Lemonissimo” a famous italian ice cream?

And cereals? It is the most timid and remote component of this recipe, which I think is almost imperceptible; I believe that if the manufacturer did not mention them in the official description, they would hardly have been noticed. But then, are we sure there are? 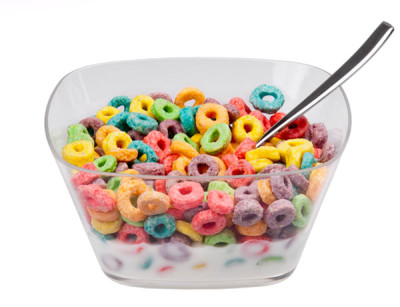 Although with all its limitations, especially if we compare O-rangZ with other Twelve Monkeys creations, the e-juice has an absorbing aromatic force in its DNA that can absorb after a few milliliters the papillos of the vaper. The famous addiction to a Twelve Monkeys! In cloud chasing, driven by generous powers and snatched with some compulsiveness, there is no doubt its reason for being, except for other comparable liquids and competitors it has a creamy base prevalence, more than worthy of note, very good, natural and very similar to a pleasant fresh morning milk. A fresh milk that can partially mitigate the flaws of a very common recipe and perhaps too much in a hurry and less dedication than the others in the brand.

Pro: A very good creamy component with a pleasant and credible fresh milk.

Cons: Recipe with ingredients that are perceived as unnatural.