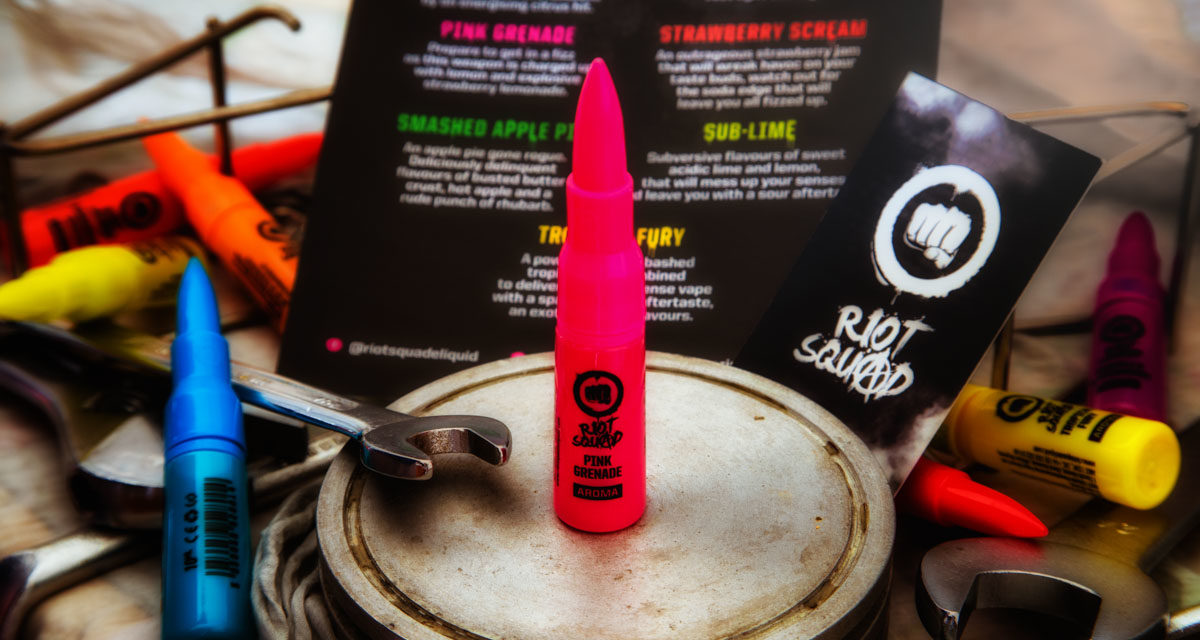 Spring has begun, the days are getting longer the sun makes its warmth feel more and more and waiting for the coveted summer, The Flavourist team has decided that it is the right time to talk to you about a series of liquids that they can brighten the hot days that we are about to live and do so by choosing the line from the Riot Squad brand. Not an absolute novelty, but with the first reviews it has already expressed great potential. The producers are English and have their headquarters not far from London and we think that at least once, most of us have heard of the British producer.

The aromas we have received from Riot Squad are presented in colorful 10 ml small bottles in the shape of a bullet, each color tries to classify the taste. The line is very wide but concentrates on types of liquid that we know well, its composition is easily classifiable, it is liquid for the most part fresh, refreshing and slightly fizzy, the particular note is that they often succeed without the addition of ice or menthol to obtain a delicate generalized freshness inside the aroma, all this due to the combination of the characteristics of the fruit.

So we come to the protagonist of today who surely shares some nuances with Sub-lime that we reviewed last week and of which we leave you the link to be able to consult and share our ideas with you. So his name is Pink Grenade which is described as such by the producer.

Get ready for the sparkling, as this weapon is loaded with lemon and an explosive strawberry lemonade.

The description finds its roots in the name of the producers, they are the riot squad and therefore cannot miss in their arsenal an explosive weapon loaded with strawberry lemonade, in fact this is exactly what we expect a sparkling and sour lemonade as a base and delicate addition of strawberry, almost as if it were a cocktail. Very simple recipe and already very inflated but if well managed gives great emotions this will be the case?

As previously mentioned, the package in which Pink Grenade is presented is of sure impact, recalling the name of the brand we find the shape of a bullet, the colors recall the main element of the aroma, above we find the logo and the name aroma. As for mixing, the producers recommend 20% but we can certainly go down by a good 5% to still have the right aromatic body.

As already happened in the previous opening the bottle we can only be struck by the body and the olfactory strength that this aroma is able to bring out through its fumes. You could remain breathing attached to the bottle, even if the nose is already rich and inviting. Everything is really intense and the first perception that is transmitted to us concerns the sparkling lemonade that comes out in a decisive manner and presents its sweet and sour characteristics, you can almost feel the sparkling bubbles that rise as if the aroma were inside a glass. The strawberry makes its way through this very strong aromatic base, offering great freshness to the whole aroma, the acidulous and slightly sweet tip blends perfectly with the lemonade, making everything very tasty. The guys at Riot Squad have been able to recreate some really real aromatic molecules, we hardly find any less real flavors in this aroma that at least gives sense to the sense of smell. We conclude by saying that even if these are synthetic aromas, the aromas are really real and precise, it really seems to have the elements of the recipe before our eyes.

The first puff opens, wanting to stay on the subject, with an explosion of taste, the air that vibrates around is really dense and rich, you can clearly perceive every single distinct element the lemonade is really full and punctuates the time of svapata, it allows itself with tasty and fresh flavors and the central elements of the acidic but at the same time sugary lemon are balanced the sensation is sparkling and pleasant. But it does not stop here the strawberry still raises the level bringing to this lemonade a well-defined note of strawberry that is appreciated as a whole bringing with it a fresh and slightly sugary note that release the true potential of the liquid.

But analyzing more specifically the steam we are sure to be able to divide it into three parts: in the initial phase the main component is the lemon, which is perceived in a slightly sugary but still very harsh way, everything is tied through a very present sparkling. Overall, the first phase is satisfactory and real, far from those synthetic and industrial aromas. Immediately afterwards in the central phase we find ourselves facing the strawberry that punctually balances the sugar component with its harsh notes, and tends to still raise the level of the acidity of the liquid which in any case is the predominant element of the liquid, but not least the a sugary part mixes perfectly with sparkling lemonade and alternate with each puff. Up to this point the great dose of acidity is never rude indeed everything remains well balanced and that is never unpleasant to our palate. The fresh note in the final phase is obtained by using the molecular combination of the two elements, in fact it is not decided or overbearing it is very light and leaves a pleasantly fresh sensation and makes us cuddle up to the end of the steam.

The svapata is in any case very pleasant a sparkling lemonade sweetened to the right point and with elements rich in acidity are the spearhead of this liquid, which does not stop there and thanks to the wise and well-balanced addition of the strawberry manages to elevate the liquid making the vape similar to drinking from a glass one of the classic summer drinks. Surely the liquid finds its maximum expression in very airy sprayers and therefore we feel we can recommend it in the flavor or cloud environment. 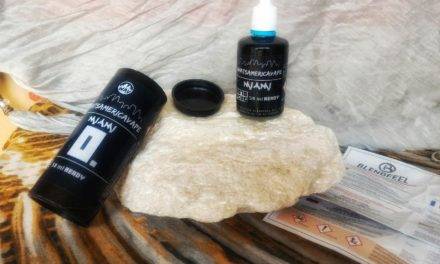 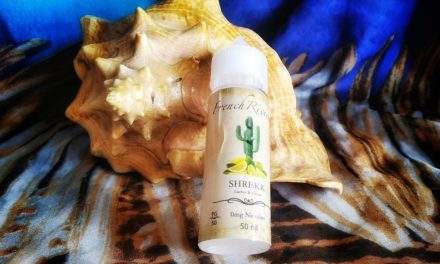 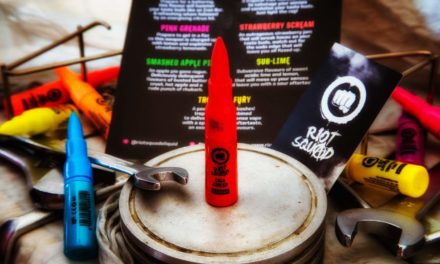 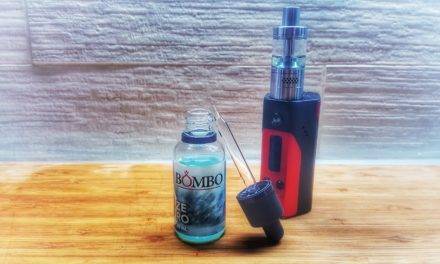