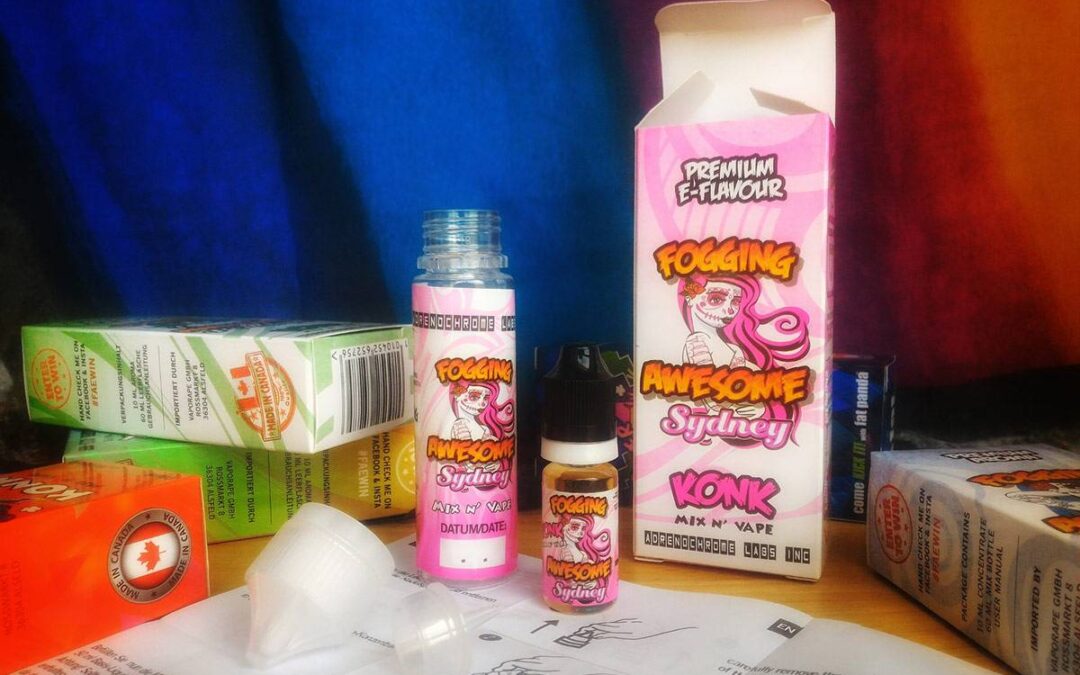 
Do you remember Can Konk? It’s a Canadian brand of which we had started to review some products after the Vapitaly 2017? Well .. they were also present at Vapitaly 2018 and they gave us other liquids to review. The recipes with which Can Konk’s kids approach the market are not complex ones, they do not try to recreate impossible combinations of flavors or complex liquids difficult to understand by the public but create liquids with a creamy base accompanied by fruit.

Their ideas are also reflected on the “packaging” of the simple but very captivating product, where the protagonist is a tattooed skull woman typical of the Mexican Catrina culture. In Mexican culture the skeletal woman represents the position towards death, which has a certain value of sadness and mystery but also a way of approaching playful, ironic and irreverent. A figure that always accompanies us, willy-nilly, that we can decorate or not, but that will always remain what it is.

Returning to the theme here, Catrina is represented with long pink hair like her tattoos that recall the color of one of the ingredients of the strawberry e-liquid.

Sidney of the Fogging Awesome line is described by the manufacturer as follows:

Strawberries and cream with some other wicked stuff! 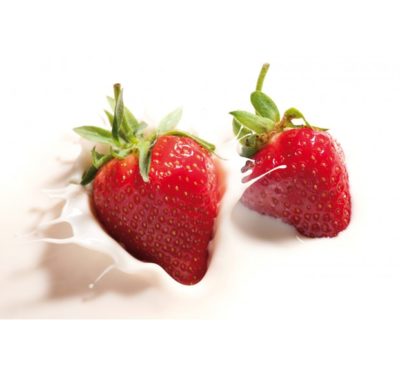 When we opening the bottle we immediately understand who has been assigned the part of the protagonist: the strawberry, the olfactory perception of the strawberry does not appear very natural, but much more similar to the flavoring of the food industry with a very sweet note and a touch of acidity, it is almost reminiscent of the “topping” that is used for example as an accompaniment or decoration of a cheesecake. After this fruity heart peep out a buttery note and creamy but difficult to interpret because not too sweet and very delicate, it is the cream a non-preponderant cream and that plays well the role of strawberry topping just like in a beautiful cup of fruit salad with a sweet and delicious taste.

Turning to the vaporization test right away we understand that it is a strawberry fruity liquid that winks at the creaminess of the cream. The strawberry dominates the main scene with its aroma, which as intuited by the olfactory evidence shows its limits as far from the “real” taste of the fruit and very similar to an industrial syrup. An aroma that is perceived obtained in the laboratory unbalanced in the excessive sweetness and by the low acidity that could have balanced the sugar mixture of the liquid molecules.

After the first puffs here comes out the buttery and fat part of the e-liquid recognize the flavors in this set is not a simple feat the feelings that are transmitted to us make the taste buds waver that sought a creamy but sweet cream, from what we perceive the creamy part has been obtained by mixing different aromas, with each suction the sensations that are transmitted change and slowly the bases of the ingredients used are recognized, the milk gives way to a butter fat but not very sweet butter in turn it is dominated by a barely mentioned vanilla. In expiration the swirl of these tastes does not leave that feeling of fullness and creaminess that we were looking for in the cream, leaving room for some regrets.

The goal of Can Konk’s boys to balance the sweetness of the strawberry with a mix of milk, butter and vanilla is undoubtedly appreciable but not by that momentum that extra touch that could have raised the aromatic combination to a higher level. Leaving the palate that muffled feeling of sweetness and creaminess. 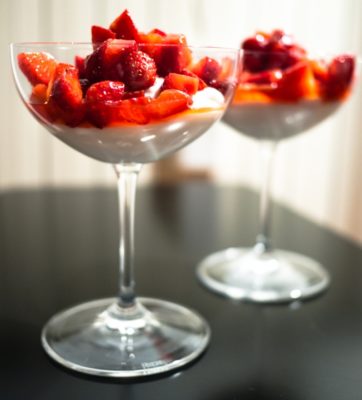 Summarizing, understanding well the aromatic timbre of Sidney is not easy could be defined as a cup of strawberries with a fruity taste little realist and decorated here and there with a sprinkle of light and sparkling cream but slightly sweetened.

Pro: Simple recipe that welcomes the tastes of a large slice of vapers.


Cons: Liquid unbalanced from an aromatic point of view.