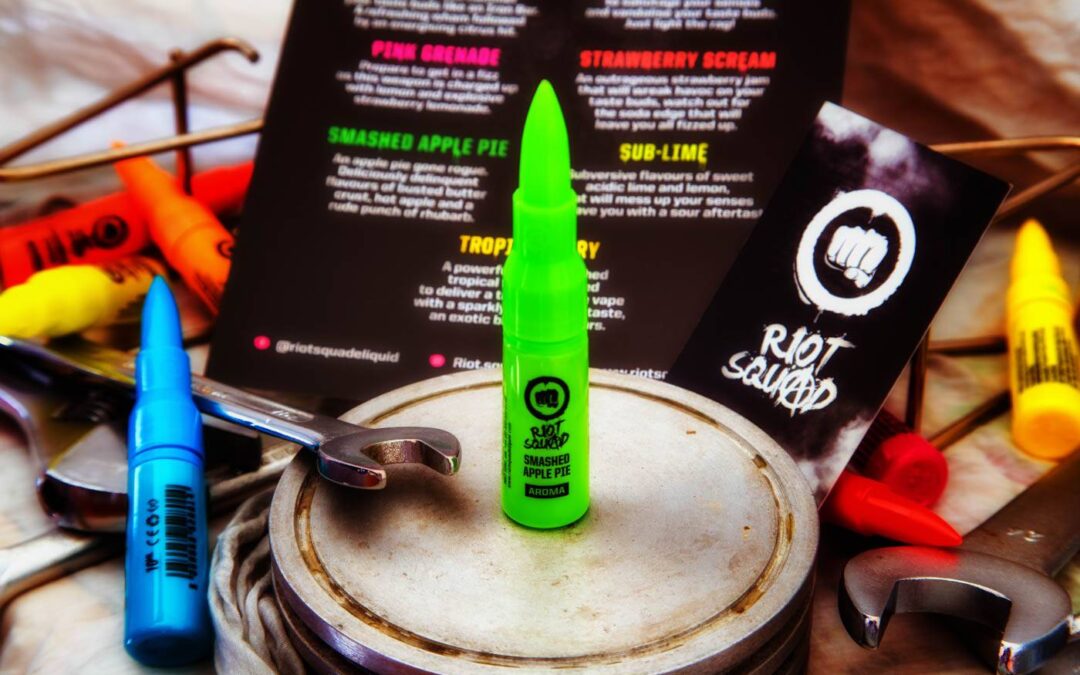 Comes from England the new brand that starting from today, officially debuts on our pages, adding to the already large group of international manufacturers reviewed on our blog. The Riot Squad brand has its headquarters in Milton Keynes a hundred miles north of London, and The Flavourist recently received the entire flavors line from the British manufacturer. Ready to embark on our journey to discover the Riot Squad flavors.

Riot Squad aromas are presented in colorful 10 ml bullet-shaped bottles (each color identifies a flavor). A simple design but of sure impact, especially if the bottles are exposed together and close together as in the picture below. The “aroma” version that we are going to test, made specifically for the Italian market, is not the only created by the brand; there is also the classic TPD e-liquid version.

The first aroma we are going to try is Smashed Apple Pie: 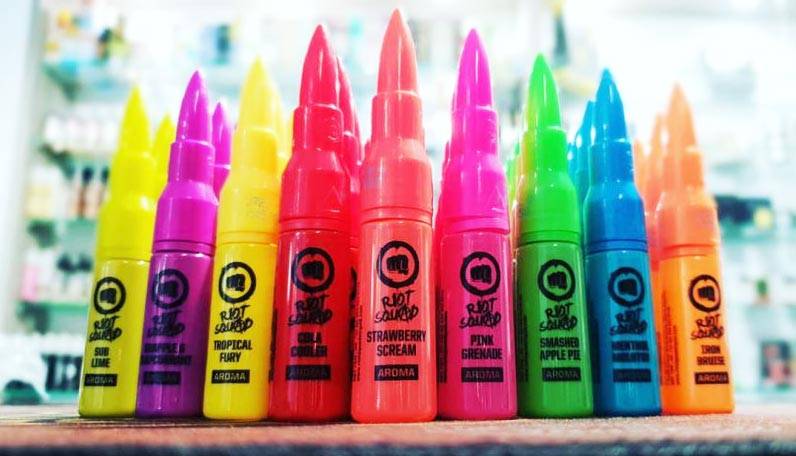 The smell test reveals a dominant scent of green apple which immediately stands out as the probable star of this pastry recipe. The penetrating and hegemonic notes of the apple are partly mitigated by a creamy background of not easy identification. Smashed Apple Pie does not let to other ingredients to emerge during the smell proof, so I quickly jump to a careful vape test.

As for other similar recipes, I decided to use the aromatic Wotofo Recurve RDA designated by the famous youtuber Mike Vapes. An RDA of undoubted quality to be used indifferently in dripping or in bottom feeder. 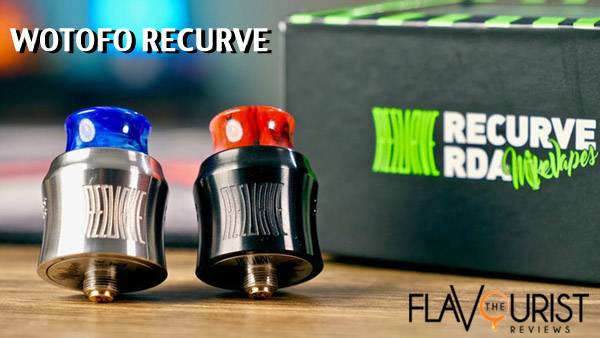 The first puffs are enough to be able to say that this Smashed Apple Pie does not represent a classical apple pie e-liquid recipe. My first sensation is that the aromatic structure of this aroma presents unsuspected complexities, if only I think about what had offered the olfactory test, and some nuances that deserve a deepening.

During the inhalation, a marked taste of apple does not hesitate to reveal itself on my palate, but immediately I notice that its taste is distorted by a slight bitter hint. I continue with new inspirations trying to find also a certain acidity that instead seems to escape completely to my taste buds. In some moments that flavor of a slightly bitter cooked apple makes me think of a non-perfect molecular success of the apple itself and the result seems not very natural and just as unrealistic. A green apple? Maybe, but I’m not entirely convinced and indeed, I go on with my test and I realize that probably it is not a green apple. In fact the rhubarb is responsible for this aromatic deviation that the apple undergoes during the inhalation phase, but I confess that without the support of the manufacturer who cites it in description, I would hardly recognized in that bitter note a rhubarb taste. The combination of these two ingredients, becomes puff after puff, more and more winking and in fact their bond generates a new and spicy sensation that gives the whole aromatic structure some assonances with the features of a strudel. 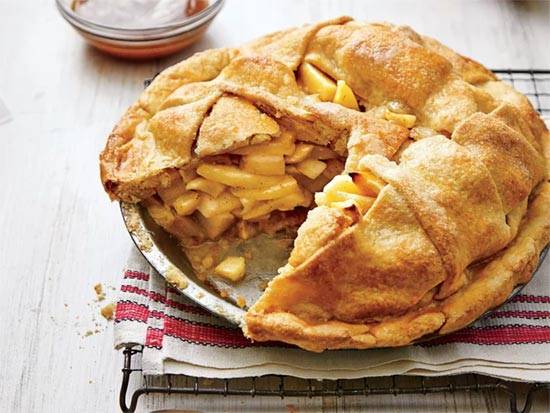 The central phase of the puff exalts the fatty and creamy components of the recipe and gives roundness and fullness to the vape. Now the mess of cooked apples, dusted with a fine rhubarb powder is enclosed by a sweet and highly buttery dough, inside which there are some pleasant vanilla nuances. The high concentration of butter gives the cake the most typical characteristics of the Anglo-Saxon confectionery tradition, which certainly does not skimp on the abundance of some ingredients and on the overall sweetness of the product. 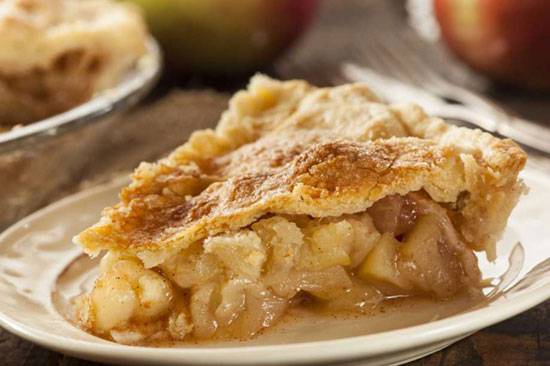 Anyway this vape is very pleasant and the bitter rhubarb notes that drags up to the expiration phase, embellishes in my opinion this recipe, diversifying it from the majority of apple pie e-liquids. Smashed Apple Pie is certainly a new recipe and less anonymous than many others. During the exhalation, the buttery notes of the cake lose slightly incisiveness in favor of marked vanilla hints that accompany by the hand the vaper up to the good aromatic persistence, where that touch of vanilla cream persists on the palate with extreme sweetness.

Pro: Tasty interpretation of an apple pie with interesting and unusual aromatic cues.

Cons: During the exhalation, the vanilla scents appear a little too accentuated.