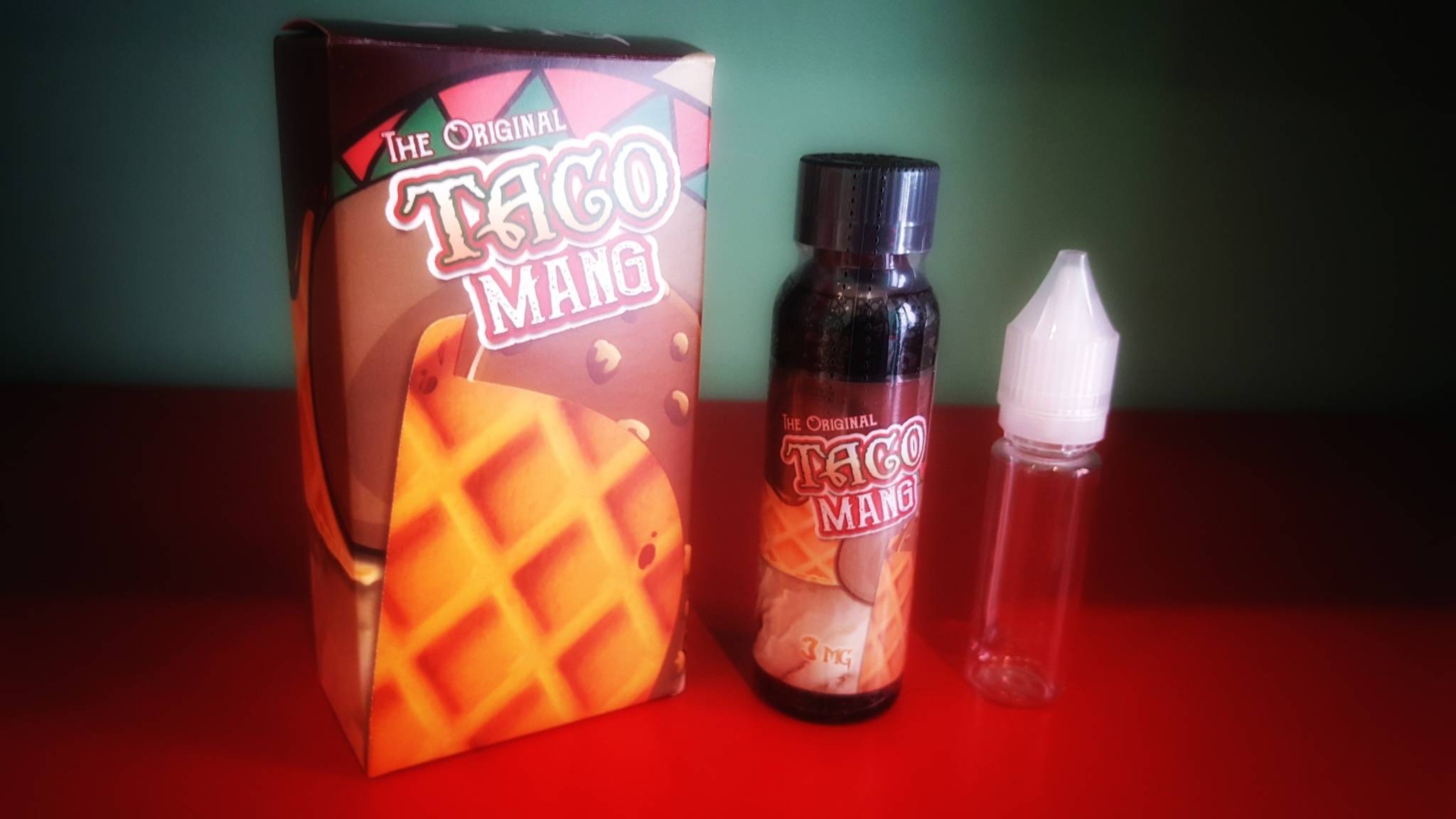 2016 draws to a close and in a few weeks we could talk about another year of intense spending reviews with you. Our voracious readers. For The Flavourist, as you know, it will be a time of budget and, to the first weeks of 2017, decreteremo the Best of 2016. At the end of each season we presented you “nomination“ – applications – for each category we reviewed in . You can read a summary of these applications on our site: http://www.theflavourist.net/the-best-of/  .

Today I review a new e-liquid of Saveur Vape, The Original Taco Mang. A creamy liquid that has intrigued many, and which, like many American products, the packaging is one of its greatest strengths. But the taste? We’ll find out soon! 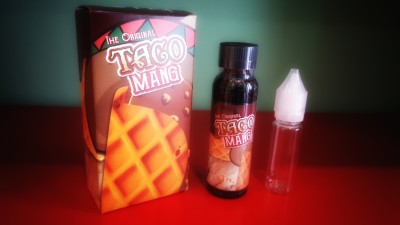 The illustration presented on the package is clear – not enough his name. This e-liquid is inspired by a “taco” widespread ice cream and widespread throughout the world. Born as an idea crafted alternative to common ice cream, now revisited and packaged food industry.

We use the term “Taco Waffle” to indicate the typical texture created on the rusk from the press used for the realization of Waffle. But we should not confuse us or expect to perceive the waffle aroma – that many know as an ingredient for productions “do it yourself.“

From the picture you can see (on the ball) a sticker located underneath of a further film, which reports in Italian basic safety information, in addition to the distributor references (Amico Svapo s.r.l.). On this label, as a good rule would, here is the tactile dot for the blind, which indicates and emphasizes the potential danger of the content. I feel very good work of the Italian distributor to that effect. 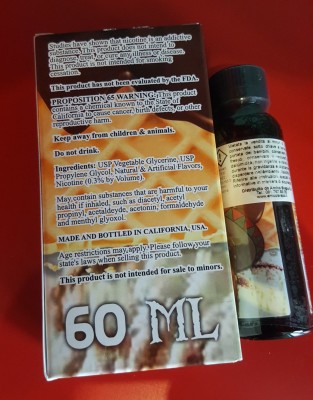 The term “taco”, are actually of Mexican tortillas folded into themselves, made with corn flour or corn and seasoned – depending on the recipe – with different toppings (from meat, the cheese, the vegetables).

The Original Taco Mang instead refers to an ice cream that has graced the summers of many, giving birth to new loves … or consoling disappointment at the edge of a crowded little bar, in the heat of August … with a jukebox tune and never updated. An extremely tasty form that can not go unnoticed in the vast landscape of e-liquid creamy. 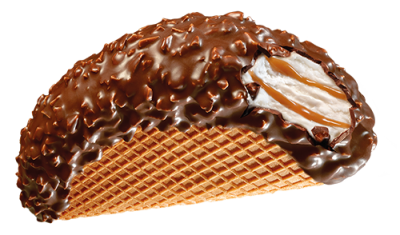 But we enter the heart of the review of Taco Mang with the usual smell test. Inevitable for me to start with a little provocation. An ice cream with these characteristics, can have a truly distinctive olfactory perceived? Evidently not. I though the ingredients should be. Smell, The Original Taco Mang, presents us with a unique body slightly valigliato that evokes, through a fresh scent and well balanced, the lightness of an ice cream. warmer notes actually express a guarvizione dark chocolate, but mostly peanuts. The grain which, along with chocolate, strengthens the credibility and loyalty to taco ice cream promised by Saveur vape. No shortage pleasant hints of caramel and base notes that seem to target the sense of smell to the typical cookie of this ice cream. Overall, olfactory speaking, the whole is quite light and pleasant.

Unlike other times, I decided to approach this review with an RTA by cloud quele Griffin 25 top air, putting aside the idea that talking about tasting, it would have been more appropriate a valid (among many) atom from dripping. The first puffs are not as intense and taste charge as I would expect. Subsequently the palate begins to appreciate, almost seduced by the elegant aromatic finish, which enhances the features of Taco Mang. I refer to the fine and soft base notes of dark chocolate and especially the peanut kernels. Loyal and well-revived.

In terms of taste the least noticeable taste notes remain those of the aforementioned vanilla ice cream. But everything seems to have a “measure” appropriate to the theme undoubtedly made with great care and attention. In particular, a game between aromatic haze, manages to recreate in our minds the “taco”, biscuit, home to ice cream. This usually has a particular taste. Try to remember. In it are hidden similarities with the brown sugar and molasses. Very slight shading that give character and texture to the recipe. From this point of view it is perfect Taco Mang and combination with chocolate, chopped peanuts, caramel and the appearance of a vanilla ice cream, they offer a tasty experience, but elegant. And yet … not as impressive as we would have expected. A more pronounced sweetness would contrast with dignity the amarostiche glazes we perceive yielding to a compulsive vape. But I admit that this would make him at times cloying. In contrast, however, Taco Mang, can definitely take us all day without tiring, even playing with different powers. This e-liquid is very pleasant and very fluffy. Although this is the re-enactment of an ice cream, it remains masculine in taste and well structured. Here is the measured response of The Flavourist.

Pro: High quality and reffinatezza descriptive of a Taco ice cream. All the ingredients are well mixed and to make Taco Mang extremely credible.

Cons: Not extraordinary as we’d expect. While not absolutely cloying, taste might get bored after a few ml and be flat and devoid of surprises. A gentle touch more would be needed.