After the success achieved with the Target PM80, the first pod mod in the world to reach 80 watts, Vaporesso presents an updated version of the device and launches the Target PM80 SE, powered by an external 18650 battery. The manufacturer’s choice to propose a second Target model PM80 has the purpose to guarantee greater autonomy to the vaper, in consideration of the medium-high powers that can be reached with this device.

But let’s go in order and start as usual to observe the contents of the packaging received.

From an aesthetic point of view, the Target PM80 SE retains the elegant and modern lines of the previous model, while being less compact, taller and more slender. Obviously the high quality of the materials (mainly zinc alloy) with which it’s made and the extreme precision of the workmanship remain unchanged, so much so as to appear a medium-high end product. The device is solid and robust and a little heavier than the standard Target PM80 version.

The Target PM80 SE has a height of 121.3 mm, a width of 33.8 mm and a thickness of 24.8 mm; compared to the Target PM80, there is an increase in height of about 20 mm and an increase in weight of about 40 gr, for a total weight of around 154 gr (with the 18650 battery included). Although there are 40 grams more, I believe that all the weight is well distributed over the greater volume of the mod, such as not to be a too bulky and heavy device after all.

As previously anticipated, the great novelty of the Target PM80 SE is that of being powered by an external 18650 battery, able to guarantee an average capacity higher than the integrated 2000 mAh of the standard version. For example, if you use two of the most efficient and performing 18650 models on the market, such as the Sony VTC5a or VTC6, you will have respectively 2600 mAh and 3000 mAh of capacity. On this device (as already for the Target PM80) Vaporesso has not inserted USB type-C charging, a solution that may be a bit obsolete but which in my opinion is much less relevant here than a device with an integrated battery, because in presence of an 18650 battery, it is always preferable to recharge it with a table charger, safer and more precise.

The new mod of Vaporesso has a large and rectangular fire button (five close clicks for turning on/off, three clicks to lock the function keys) and two small square buttons to set the vaping and access to the circuit settings. The large display of the Target PM80 SE (0.91 “) is positioned between the fire button at the top and the function keys at the bottom and shows the battery charge level (expressed as a percentage), the type of function set, the power of output (watts or volts according to the function chosen), suggested vaping range, coil value, puff count, duration of the last puff (in seconds).

Just like the Target PM80 is the Axon chipset that manages the whole device. I have already spoken extensively in other Vaporesso tests about this new and performing circuit; here on the Target PM80 SE there is a simplified version of the chip, to make the vape management as easy and simple as possible for the user, without neglecting the canonical protection functions now present on the vast majority of vaping electronic devices.

The device has the VW mode, the VV mode and the Smart VW function, undoubtedly a very interesting feature, namely the recognition of the coil in the pod and the automatic setting of a recommended vaping power, adjustable up to the maximum power allowed by the coil itself.

As for the pod compartment (capacity of 4 ml in the standard version and 2 ml in the TPD version), the manufacturer has maintained the choice made with the previous version, equipping the device with replaceable coils of the GTX series, now further enriched with other options. Below is a list of all the GTX coil park made available for the PM80 SE:

The pod is inserted and anchored to the mod thanks to two powerful magnets that prevent any type of annoying movement. The integrated drip tip in the shape of a truncated cone with a hole with a diameter of approximately 7.5 mm, is ideal for use in sub-ohms, the main destination of this device, even if Vaporesso has made some specific GTX coils for MTL vape. Precisely in order to make the Target PM80 SE a versatile kit and capable of allowing a MTL vape, the manufacturer included in the package some silicone plugs that allow to close the air inlet holes positioned laterally on the upper part of the mod.

It’s really very simple to insert a coil inside the pod, thanks also to the plug&play system that allows you to do this simply by exerting minimal pressure on the coil once positioned on its entrance hole. The refill system is also very easy, the most common and used by the vast majority of manufacturers for this type of device; on the bottom of the cartridge there is a silicone cap which, once removed, will give access to the large e-liquid filling hole. It is legitimate to wonder if it was possible to create a top refill system: most likely yes, but in the end why change a cartridge that works very well and without any kind of leak and/or condensation?

Finally, I would like to remind you that with the Target PM80 SE it is really easy to “read” the amount of e-liquid remaining in the pod, thanks to the completely transparent plastic material (I think PCTG) with which it’s made. It may seem like a trivial note, but believe me it is not, because on the market there are still many inexplicably non-functional solutions from this point of view. The pod of the Vaporesso Target is not only “aesthetic” but also practical, functional and always dry and clean!

I have already had occasion in the previous review of the Target PM80, to praise the Axon chipset by Vaporesso, as it seems to me relatively superfluous to talk about battery life and the amount of e-liquid that can be vaped, since these are strictly dependent on the type of 18650 battery used and by the chosen vaping powers.

Instead, I dwell longer on the aromatic performances of the many GTX coils. The GTX 0.2 ohm and GTX 0.3 ohm already tested in the first version of the Target, basically are equivalent and provide an excellent aromatic yield with full-bodied and enough fat vapor, for a classic DL vape even if not too exaggerated. The new GTX 0.6 ohm Mesh coil, on the other hand, offers the possibility of having a typical flavor chasing vape, better if you opt for closing a row of airflow holes; the result is absolutely valuable and equally valid when compared to previous GTX coils. The GTX 0.6 coil offers a very balanced draw that is able to facet well even the most complex e-juice recipes.

Thanks to Vaporesso, I had the opportunity to test the GTX 0.8 ohm Mesh coil and the GTX RBA coil. The GTX 0.8 offers a vaping range declared between 12 and 20 watts and is therefore suitable for a classic MTL vape. From the tests carried out I was able to ascertain that it is necessary to use both the two silicone plugs and completely close the 6 holes of the airflow to get as close as possible to this type of vaping and unfortunately the result is not fully achieved because, although with the air completely closed, you get a very restricted direct to lung vape but never a real MTL puff. The aromatic restitution appears “incomplete” and undertones due to the strangled and not really natural draw. The GTX 0.8 seems to me a step below the previous coils.

Finally, I had the pleasure also to test the GTX RBA coil for which I found surprising aromatic and pure MTL performances (strictly with closed airflow). Unfortunately with the RBA base it is really difficult to work for the usual rebuildable operations, as there is no an indispensable support on which to fix and hold the base, in order to easily fix your coil and the cotton inside its wicking ports. If we therefore exclude this not negligible technical problem, I can only conclude that the GTX RBA coil also guarantees truly commendable performance.

Considering the build quality, the aesthetics, the excellent functioning and the aromatic performances of the GTX coil, also the Target PM80 Special Edition, exactly like the first version with integrated battery, can be considered with good reason a point of reference in the field of the sub-ohm pod mod and why not also a good product in the field of MTL pod systems, especially if you opt for the GTX RBA coil, although with all the limitations, I hope soon resolved by Vaporesso, due to the lack of a support for the base itself. 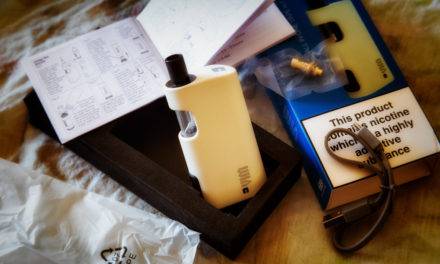 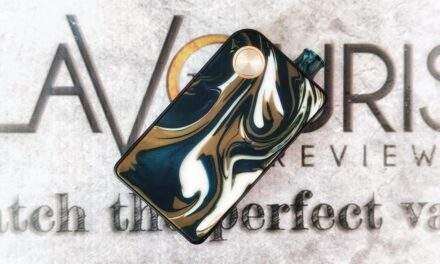 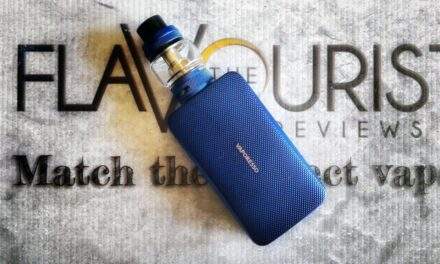 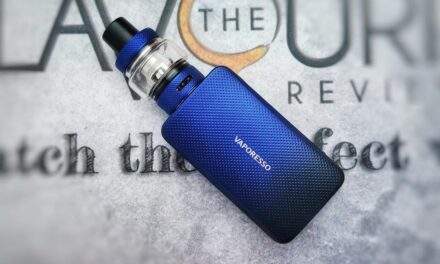