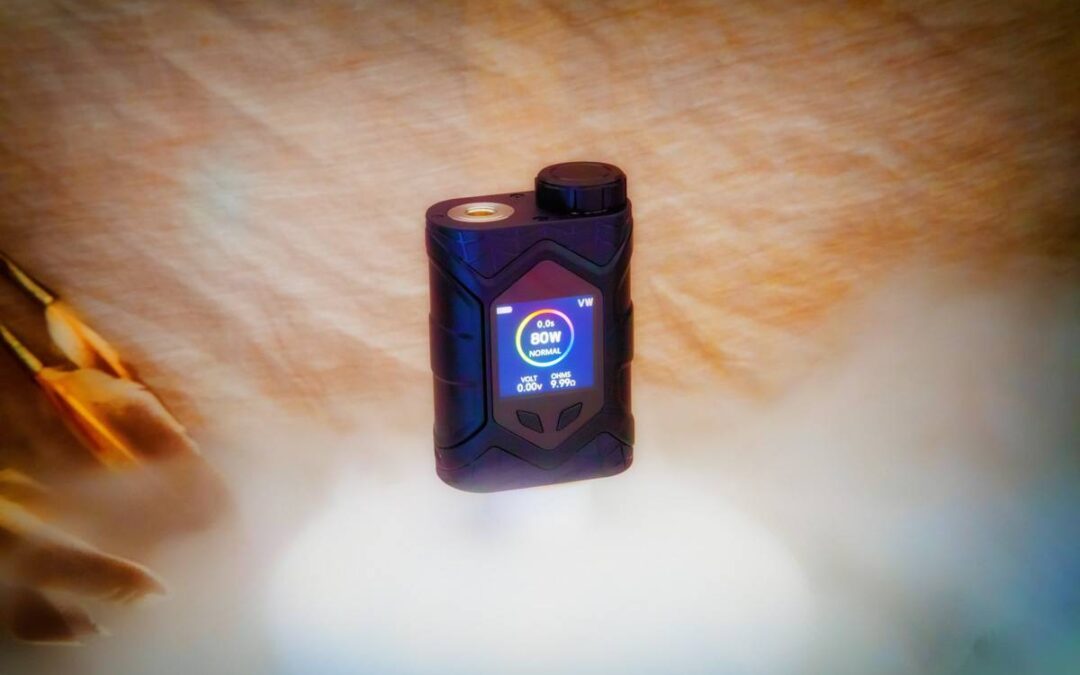 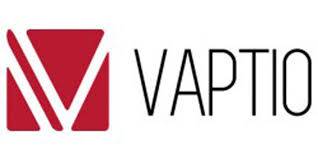 Every day new producers face the Italian vaping market, an example is the Vaptio, a company founded in 2014 in the USA that thanks to an increasingly intertwined market where the distances are zeroed lands in Italy with a new product with certainly interesting features.

Vaptio has decided to introduce itself to the readers of The Flavourist with a kit composed of single battery box and atomizer, riding the wave of success that this type of box have obtained, such as the first 75w pico with which eleaf has conquered a bit the heart of all of us vapers for simplicity and portability. Will the new coupled to carve out, by making small changes able to tip the scales in its favor, considering the vast hardware park that we are getting used to? 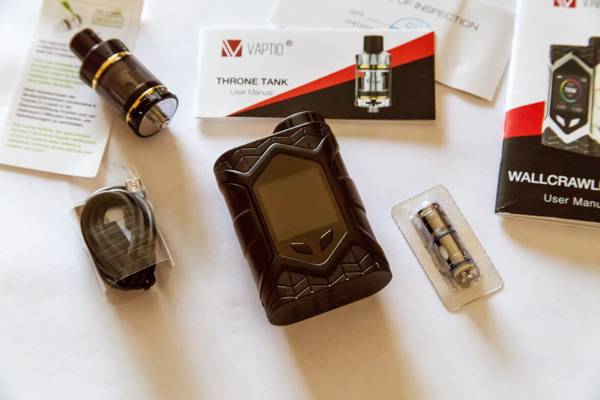 Let’s start talking about the box that as mentioned in the brief introduction, focused on several competitor box ideas, the box does not have an innovative design except for the important recall and that will surely please fans of Marvel productions such as Spiderman dedicated not only the back with the stylized spider’s logo but also the plot of the box that recalls the webs used by Peter Parker to defeat his enemies.In the front side specular to the insertion of the logo also embedded in the plastic frame ( colored according to the versions) that surrounds the whole box we find the display of about 1.3 inches color right below the screen are the keys + and – with which we will adjust the watts.

The battery is in the classic final position to which we are now accustomed protrudes the shape of the box with the negative pole and the circuit is closed by the cap with a nice scaling that facilitates the grip. The fire button is also reminiscent of other very large and comfortable boxes placed at the front with a very precise “trigger” click and which does not transmit great reliability. The final result of the box is certainly pleasant, perhaps not innovative in appearance and at times excessively charismatic in exposing the logo of the “spider” in the foreground but it certainly gives us an excellent feeling and that feeling of robustness despite the plastic materials with which was assembled. A well-assembled compact box. 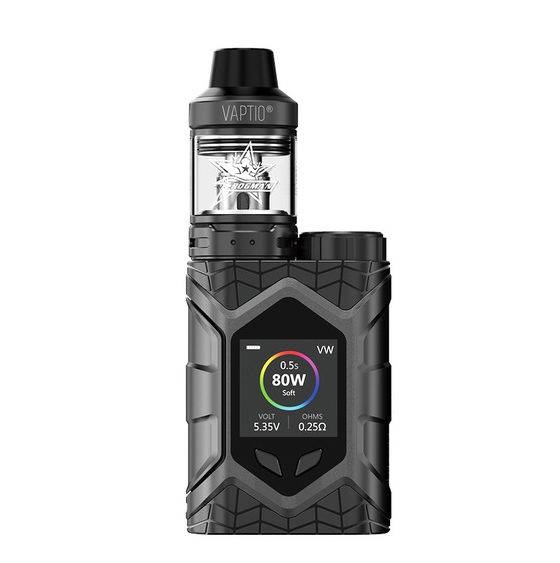 Beyond the compactness that derives from its lines combined with the bevels positioned in the shape in a precise and reasoned manner from which immediately comes to the first grip a pleasant comfort. Everything is positioned at your fingertips and you do not find yourself making unnecessary or unnatural movements, the fire button with generous dimensions well integrated in the front part increases the feeling.

All this combined with fairly small size in fact the box is 73mm high 50mm long and 28mm wide with a weight of 165g with a 18650 battery on board. Definitely not a sample of size but I would dare to say in the standard as it offers us the possibility to mount Atom higher than 25 without problems. Surely the box is not very light and that’s why the portability is limited in your pocket you will certainly notice. Very comfortable instead the color screen and generous dimensions that does not hide its buttons for adjustments positioned in the lower part also these mounted solidly to the skeleton and that have never transmitted “creaking” sensations!

Let’s start talking about circuit and functions. The box is full of small features that make it interesting: starting with a technology called supercharger that as stated by the manufacturer from the box the possibility, after the fire button, to deliver maximum power in just 0.005 seconds, effectively the box is very reactive and with a good push, the delivery mode is however settable from the appropriate menu to which you access the box with the classic 3 consecutive clicks, here selecting mode with the fire button and in the below menu VW mode are configurable the delivery settings and the possible choices are: soft, normal and high. The choice made is however perceptible and will impact on the delicacy of the puff from the slightly aggressive soft mode to the rude of the high mode.

In the Vaptio house they have certainly worked a lot on this circuit that also offers a series of small settings in fact you can change the theme to the colored dispaly, with generous dimensions that shows in the central part the count of watts that can be increased only in one in one low ohms and volt and in the upper part the mode used and the battery charge, not only is it possible to set the period of inactivity after which to switch off the box or the number of puff we can do daily and still gives us the possibility of a small and quick analysis of the condition of the battery suggesting the time to replace it and provides us with the correct settings to make the box work as fully as possible based on the coil we have mounted. Concluding the functions are really a lot and make the box complete and rich.

Speaking of performance, certainly the box is very reactive and precise not a fire gone empty or that the circuit has not delivered in the correct, very precise and constant and also the management of the battery in vary watt we found it satisfactory certainly does not make us shout to the miracle but it is certainly positive. A small note if you set the delivery on Hight the battery will be affected in a decisive manner and the result of the vaping will be very aggressive.

We do not often use the temperature counter but a small test with a coil in the steel we did it for completeness and we can say that the box behaves quite well however it is not precise and the values are those of default but I have not noticed uncertainties or dry vaping.

As we have seen, Wall Crawler has good performance and is also very easy and intuitive to use but still offers a series of parameters that can be configured with ease. The navigation in the menus and the various customizable temperature control settings are still accessible and easy to configure. For a classic use in vary watt a box really easy and that will not leave the owners lost.

Speaking of the atom that comes to us in this kit is the THRONE atom 22 mm with top refeel and capacity of 2ml pre-made heads and measuring 23.5 in width and 54.9mm in height. It differs from the competitors for the possibility of mounting 0.25 ohm pushed flavin heads and 1.2 ohm cheek throwing heads. One of the peculiarities of this atom is the possibility of replacing the coil in very few steps and without disassembling it, just unscrew the upper part that will operate the closing system of the liquid holes, remove the coil directly from the top and put the new one screwing the whole the closing system going into the stop will open the holes in the liquid in the bell by wetting the cotton. A simple and very comfortable atom.

As for the flavor of this atom we can say that the heads do not bring any kind of novelty to the market an atom in the media with an aromatic return certainly good but that leaves aside some appreciable nuances on other similar systems so unrecoverable that we got to try these days. The shot, however, is clean and linear and the life of the heads is around 30 ml in a range of watts between 40 and 60.

A hint instead for the head to pull cheek from 1.2 ohms in my opinion the desire to make a flavor atom with two holes for the giant air a system of liquid drafting also equipped with two major holes was a gamble that has not paid, the shot is really very open and not at all clean and also also the important drip tip does not favor this configuration. 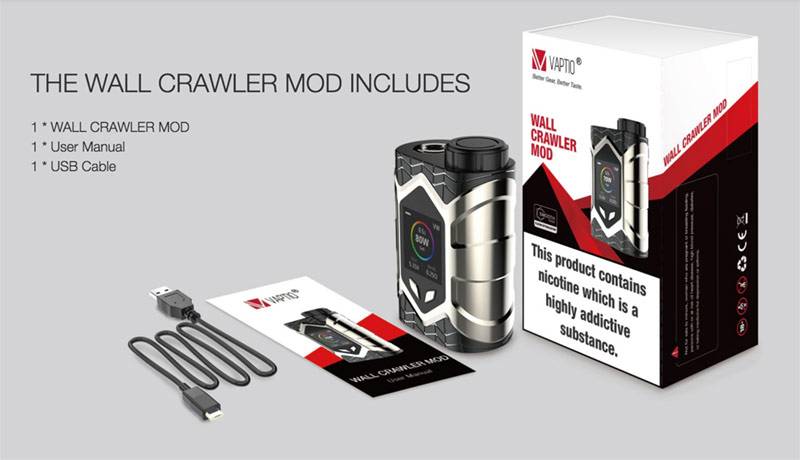 The mod is certainly not distinguished by technological innovation, but it is affirmed and is widely appreciated for its build quality and small size. Will find broad consensus among the vapers even less experienced providing a nice and certainly functional solution, but Spiderman fans will be forced to have it as soon as possible. The weak point of this kit is just the atomizer that remains in the shadows by not adding anything new and lying in the bulk of the atom in the average.