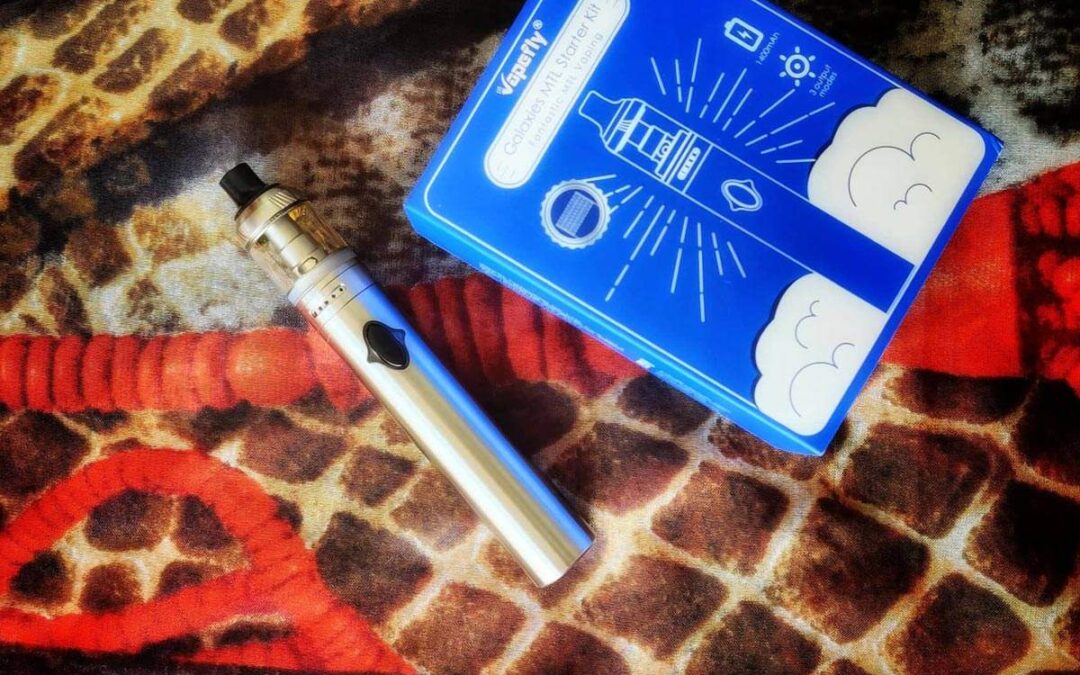 Vapefly, a Chinese brand emerged from the great Geekvape family and distinguished itself in recent years with the specialization on MTL vape products, is going to expand its successful Galaxies series, with the new Galaxies MTL Starter Kit, a kit with an headcoil atomizer specifically designed for less experienced users.

The Chinese company took the opportunity to focus its production on MTL products long before many others, and for good reason, as in the last two years this type of devices had a considerable sales surge, bypassing in many countries (Italy is one of these) the so-called direct to lung vape (DL). Today we can say with certainty that Vapefly is a name that in vaping is inextricably linked to the MTL vape experience. This is why we could not exempt ourselves from trying and testing for you the last born by Vapefly.

We start as usual by looking at the contents of the Galaxies MTL Starter Kit package. 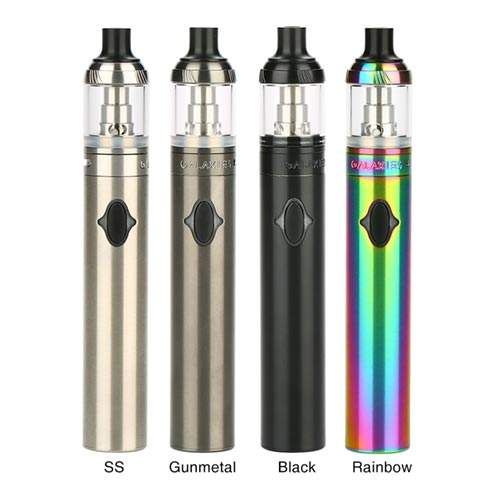 The recent raging of pod systems in the vaping market has inevitably overshadowed the so-called vape pen, until recently the main entry level solutions for MTL vape. To be honest though, as many consider it so, the Galaxies MTL Starter Kit is perhaps a lot less vape pen style than you can imagine. Perhaps it is more appropriate to call it a classic combo with a tube and atomizer, even if in a mini version.

The Galaxies MTL Starter Kit consists of a mod with an integrated battery and a headcoil atomizer. The material used to make this kit is stainless steel, except the pyrex glass tube and the drip tip made of Delrin. Vapefly has long accustomed us to high quality products in spite of a more competitive market price than ever, and even in this circumstance it is not denied, creating a product with very high quality standards. As for the mod, we observed the excellent satin finish and the very responsive fire button, well inserted on the mod and without any annoying lateral movement. The same can be said for the tank, which is absolutely free of burrs and finished with particular care in all its details. The ring for adjusting the air is fluid and the o-rings hold the right seal, so that the rotation of the same is neither too loose nor too hard. The drip tip with 510 pin has two o-rings which, if not properly moistened, make it difficult to remove it from the top cap of the atomizer; a problem not insurmountable but maybe it would have taken two slightly less thick o-rings.

From an aesthetic point of view, the kit has some rather classic and essential lines, in our opinion it lacks a touch of creativity, but in any case everything looks pleasant and can be appreciated by a wide range of vapers. 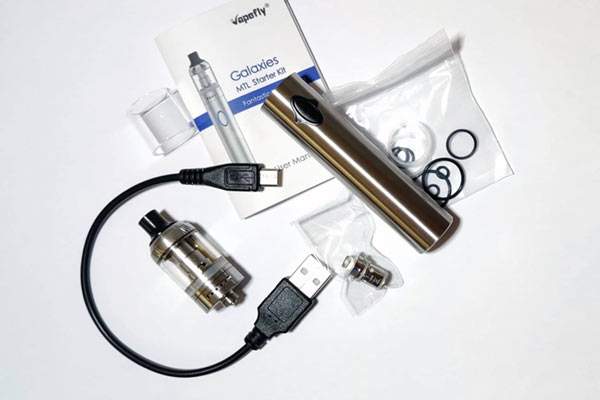 The clean and essential lines of the Galaxies MTL Starter Kit guarantee the combo a more than good ergonomics. This electronic cigarette is easily held in the hand and the fire button is easily reached with any handle. The small size also allows it to be transported relatively easily, although it is fair to admit that in this respect, some pod mods on the market have a little more in terms of handling and portability.

The kit has an overall height of 121.9 mm, divided between the 80 mm of the mod and the 46.4 mm of the atomizer (including pin); the diameter is 19 mm and the total weight is just under 80 gr. The mod built-in battery has a capacity of 1400 mAh and offers, in addition to the important protection functions (short circuit, low power and overtime), the possibility to choose between three different output modes: constant power at 3.7 V (blue light ), constant power at 3.3 V (purple light), bypass mode with a maximum power of 30 W (green light). Maybe because I don’t get along very well with certain colors, but honestly I would have replaced the purple color with a lighter and more vivid color. 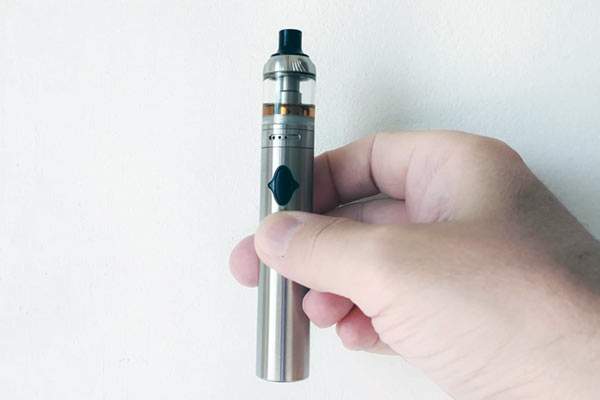 Switching from one power to another is carried out with the canonical sequence of three close clicks, just as with five quick clicks the device is switched on/off.

The elliptical fire button, with two LED lights next to it to signal the chosen vaping mode, is very reactive and performant. We conclude the paragraph on the characteristics of the mod indicating that the battery life is good for this kind of device (an abundant half-day vaping), and that the USB port, positioned exactly behind the fire button, allows you to recharge the mod holding it in a vertical position. The complete recharge cycle is around 40 minutes. 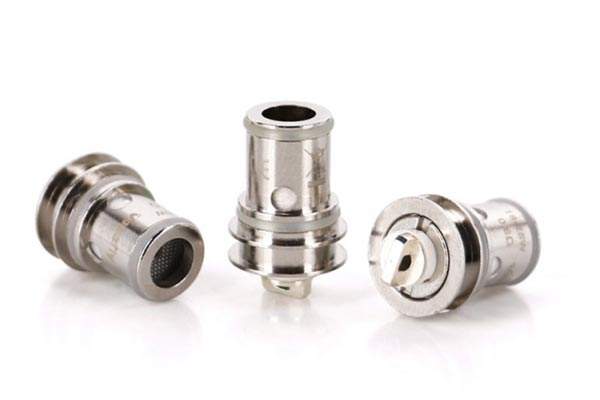 Due to its characteristics, the Galaxies MTL Starter kit is an easy-to-use device. With regard to the battery, it is enough to establish the preferred output mode, while for the atomizer it is necessary to proceed with the usual e-liquid refill operations and/or with the coil replacement. Let us therefore analyze in detail the characteristics of the Galaxies MTL tank.

As previously stated, the atomizer has a diameter of 19 mm, while the capacity is 1.8 ml. The tank dismantles into five parts: drip tip, top cap, glass tube, chimney section and base. To these must be added the coil.

The drip tip (slightly flared) has a hole with an internal diameter of about 4.5 mm and is perfectly able, based on the combinations of the holes set, to allow both a pure MTL vape or a restricted DL vape. Unfortunately in a pure MTL configuration (1-2 open air holes), the drip tip tends to warm up enough species in the presence of a close sequence of two or three puffs. Probably a thicker drip tip would have greatly reduced this problem.

The top cap is screwed to the upper end of the chimney and must be removed for refilling the e-liquid. Immediately below the top cap there’s the pyrex glass tube (two supplied) and inside it the chimney that houses the coil.

The last piece that composes the Galaxies is the base with a gold-plated 510 pin and a more than efficient and fluid airflow ring. The ring has both a large slot that can be divided by one up to five open holes and designed for flavor chasing, and a single hole for a closed mouth to lung vape. The operation of the air regulation is unexceptionable and the Galaxies really is able to pass successfully from MTL to restricted DL. Unfortunately we have to reiterate what we have just said about the drip tip: in the MTL configuration, using the air with minimum opening, the heat developed is in our opinion a bit excessive and the drip tip tends to heat up. We think that even the coils placed by Vapefly contribute to feeding this problem.

There are two types of coils available for the Galaxies MTL Starter kit, both built with the plug and play system that does not require screwing on the base of the atomizer:

We tested both head coil with some of our favorite classic tabaccoso e-liquids, both because (and many of you know it) our team is strongly tobacco juice oriented, which also because when we talk about an MTL device in Italy, it’s natural to think anyway to tobacco e-juices.

The aromatic performances of both coils fully satisfied us, without noticing macroscopic differences between them. With the 0.6 ohm head the puff has a good hit in the throat, while with the 0.5 mesh coil there is a greater aromatic roundness. In general, however, we are faced with performances of the highest level and even the most structured liquids find their right exaltation in this device.

The only real limit of these coils is linked to their use in MTL which is possible, but frankly it must be said that it becomes difficult to use them with only one or even two open air holes. The heat that develops is transferred to the drip tip without sufficient dissipation. So it is possible a mouth to lung vape, but in our opinion just using three open air holes, which makes the puff rather airy.

Galaxies MTL Starter Kit worthily continues the brilliant tradition of Vapefly’s Galaxies family, and although it appears on the market as an entry level product, in fact it proves to be much more than a starter kit! Excellent aromatic performances and highly competitive price. Our response is: a product highly palatable.