One of the most complicated but also the most fascinating times for a vapers is certainly the summer season, often in summer the motivation is less strong and the long summer evenings lead us to give in to temptation, and the question arises as we revive the flame that is going off inside us? Surely one of the many ways is to rely on a strong, hard, decisive liquid that takes us by the hand and brings us back on the right path away from any strange temptation. And it is here that we come to help production companies such as Vaporificio & Black Note, who has been learning about us for a while, while for those who have just joined it, it is enough to know that they are two e-liquid producers. the first Italian and the second Californian who collaborate to bring in our electronic cigarettes the line of natural tobacco cold extracted with the name V by Black Note. After these premises and without lingering over I reveal the protagonist of today, someone maybe has already made an idea from the presentation in fact we will speak today of the Latakia line V by Black Note (Vaporificio & Black Note).

Latakia is certainly one of the most popular tobaccos, certainly it is also one of the most discussed, there are those who can not do without it and those who just can not get closer. This is due to its unmistakably strong and decisive flavor that derives from its history, originally latakia was obtained from Syrian crops, while today Latakia is produced almost exclusively in Cyprus. The care to which the leaves are subjected is certainly fire cured, the leaves are dried by burning native varieties of myrtle and lentisk wood. The end result is a dark and well smoked leaf, ready to be delivered to our palate. Latakia is used in pipe mixes, especially in English mixtures because of its typical smoky aroma, it greatly characterizes a blend that also contains only a small percentage. Instead we will try it in purity in search of its unique and most hidden characteristics.

As we now know the aroma is supplied in a 10 ml bottle, the bottle this time is a bright blue and decided on which is reported the name and recommended dilution percentage: we speak of 10%, with maturation time of about 10/15 days. The result after mixing and after 10 days of waiting, is a dark liquid tending towards black and who transmits its utmost usability to a single glance.

This is the description given to us by the producers:

This tobacco is dried with the smoke of mediteranean woods and shrubs. It’s colour is dark, almost black. Used mainly in pipe mixtures characterized by a strong aromatic and unique flavour.

The manufacturer with his description does not hide anything from us and gives us the first information describing the characteristics of the product we are preparing to “taste”. As mentioned it is a liquid that has in its ropes a strong and very aromatic taste, the use of the unique adjective we connect to the fact that certainly will not be a classic flavor so not easy to understand by closing the e-liquid in a limbo between love and hate. Even the hint on color channels our imagination and communicates the safety and determination of the liquid. 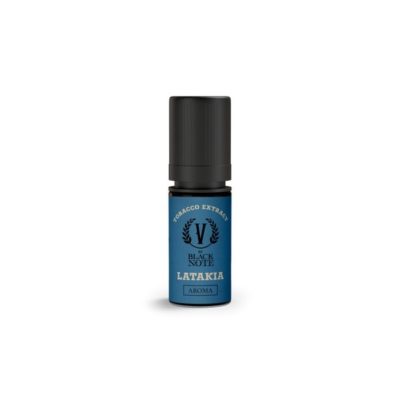 So begins the olfactory test with strong tones, in fact it is a tobacco structured with unique notes the nuances are many to be perceived and understood. By opening the bottle the fumes that rise up lash out at us with a single decision the central characteristics of the smoking is immediately carried out, forcing us almost to withdraw because of this exuberance. This first sensation is accompanied by a woody, dry and very hard, which leaves no room for any imagination, we find ourselves in front of a strong and unique dark tobacco that has in its centrality woody notes smoked, and that leaves no room for sugary tastes .

Starting the vaporization test with the awareness of having a product with a certain aromatic and characteristic strength. In the initial phase of the puff all its characteristics are confirmed, it is really a liquid with a structured flavor and that finds its strong point in the woody and smoky notes that tend to bind with almost incense flavors, the aromatic resourcefulness is really overwhelming and gives us with extreme decision its smoking, it almost seems to have turned on the leaf from the aromaticha charge that is transmitted to us. In this phase, where the aroma is at its peak, a slight tingle on the palate is delivered, which lightens the pressure created by the density of the steam. In the final phase of the puff the dry notes take over by drying the mouth almost, so we try a slight relaxation due to the lowering of the aromatic values, the woodiness is slightly softened after the initial daring sensations that have been transmitted to us. Surely it is a flavor not easy to understand dark tobaccos, cared for and determined as these need a longer period of understanding than the clear, you have to go on tiptoe and look into the hidden corners and that’s why that are not always suitable for an all-day vaping, certainly suitable for small sessions at specific times of the day such as in the evening at the end of the day.

Latakia is often used as a “condiment” in English blends in small percentages to increase its smokiness and give that pinch of smoking, but leaves no doubt about its quality taken individually, a strong tobacco with an overwhelming force that has in its nature a unique smoking. 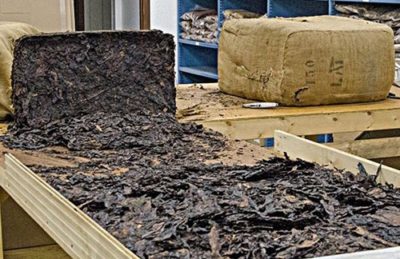 The test also for this product was carried out for several ml, here as we expected the duration of the coil was much lower than the products of the line the first aroma deception we perceived around 5 ml that made it necessary to perform a new regeneration.

Cons: Love and hate not for everyone.