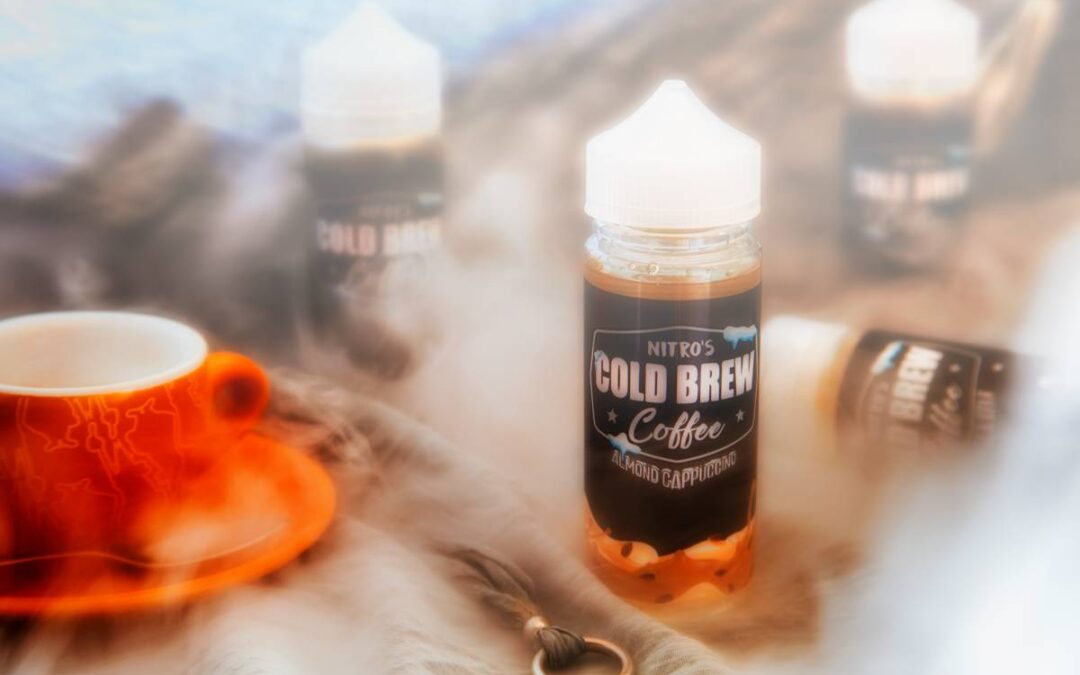 Nitro’s Cold Brew Coffee is the name of an American brand in the state of California widely distributed in the European continent. We received the entire line from the Aer Wholesale distributor during the recently 2018 Vapitaly edition. It is a line entirely dedicated to the world of coffee, in the most typical Anglo-Saxon conception but with an absolute particularity: it is an iced line; perhaps the first iced coffee e-liquid line in the world. Are there any others? Let’s know!

We will review all the four e-juices of this brand for the ever-growing audience of The Flavourist: Almond Cappuccino, Macchiato, Vanilla Bean and White Chocolate Mocha.

The first e-liquid under our magnifying glass is Almond Cappuccino:

The product is presented in a 100 ml chubby gorilla bottle with a young and safe impacting graphics. The overseas manufacturers know definitely do very well the image of their products; packs with a very high appeal able to create an unreachable hype in the world of e-liquids.

On the smell test this e-juice does not seem to possess particularly complex aromatic characteristics: the aromatic base is characterized by the typical imprint of an American coffee, in one of its many variations. Tasty, but nothing that has not already perceived and smelt. From this bed of caffeine emerge slight almond accents in a sweet but controlled, clean and well-measured frame; it makes me hope … It will not be the classic American “supersweet e-liquid”?

Here I am to the resolutive vape test. From the first puff I can not fail to appreciate the delicate ice effect that characterizes all the vaping act of Almond Cappuccino. The wise use of menthol (because it’s menthol and not koolada) in very minimal proportions, helps to make a tasty and very balanced mix. As much as it may be a matter of taste, and I know that pleases many people, recipes with quantities of koolada or other refreshing agents taken to the extreme, you can never say that they are balanced. It will also be desired, but in any case they are still unbalanced. It also happens in the kitchen, when the pepper maniacs prepare recipes abundantly indiscriminately with this ingredient. 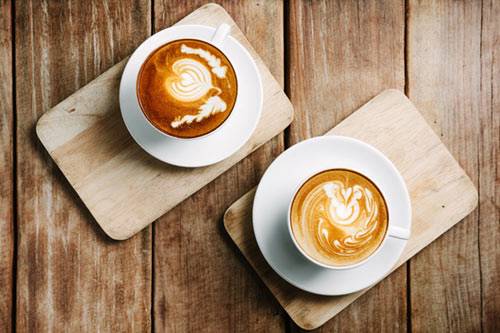 Is there anything wrong with proposing e-liquids recipes with a disruptive ice effect? Theoretically not, but it is indisputable that if it exceeds, the covering effect is guaranteed.

Fortunately, this is not the case with Almond Cappuccino, which instead is a sort of coffee-based summer drink with a pleasant refreshing effect. During the inhalation, the perception of a slight almond note does not escape my taste buds, in a frame that appears immediately full and creamy. The sweetness of the almond aroma is whispered, with the right touch of etylmaltol, enough to be present and not get lost among the aromatic furrows of the second ingredient, the coffee, decidedly deeper and marked especially in the central phases of the vaping and in exhalation. Fortunately, however, not so marked … it’s not an Italian espresso! 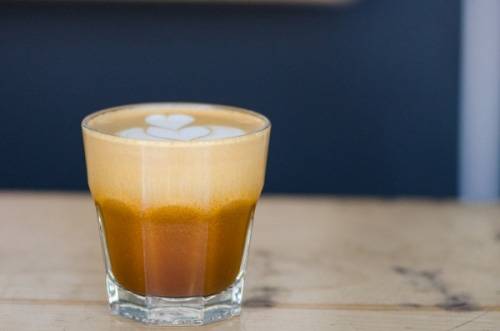 In fact, the cappuccino made by Nitro’s Cold Brew Coffee has all the trappings of a Starbucks-style coffee drink and not only … Did you know that there is a “Cold Brew and Iced Coffee” line in the Starbucks menu with a preparation called “Nitro Cold Brew”? The “nitro coffee” by Starbucks is a cold-pressed coffee with the use of liquid nitrogen, and it is clear that the manufacturer was inspired precisely by this new technique of preparing coffee. Very skilled in evoking the real product, reinterpreting it with minimal menthol accents and a pleasant cappuccino, with hints of roasted coffee and toasted bread and prepared with almond milk.

The high concentration of VG and the consequent dense and creamy steam, add a very pleasant visual impact that never hurts, simulating very well the white and full-bodied foam of a real cappuccino. High or medium-high wattages will exalt the fullness of all-round taste.

Are you a vaper that during the summer, reluctantly relinquishes creamy e-liquids because are too “heavy” and cloying? Perhaps this is the e-juice line for you. Surely Almond Cappuccino is!

Pro: Simple but intelligent and innovative recipe. How to make creamy e-liquids more palatable during the summer months.


Cons: Are you not looking for an Italian espresso, aren’t you?