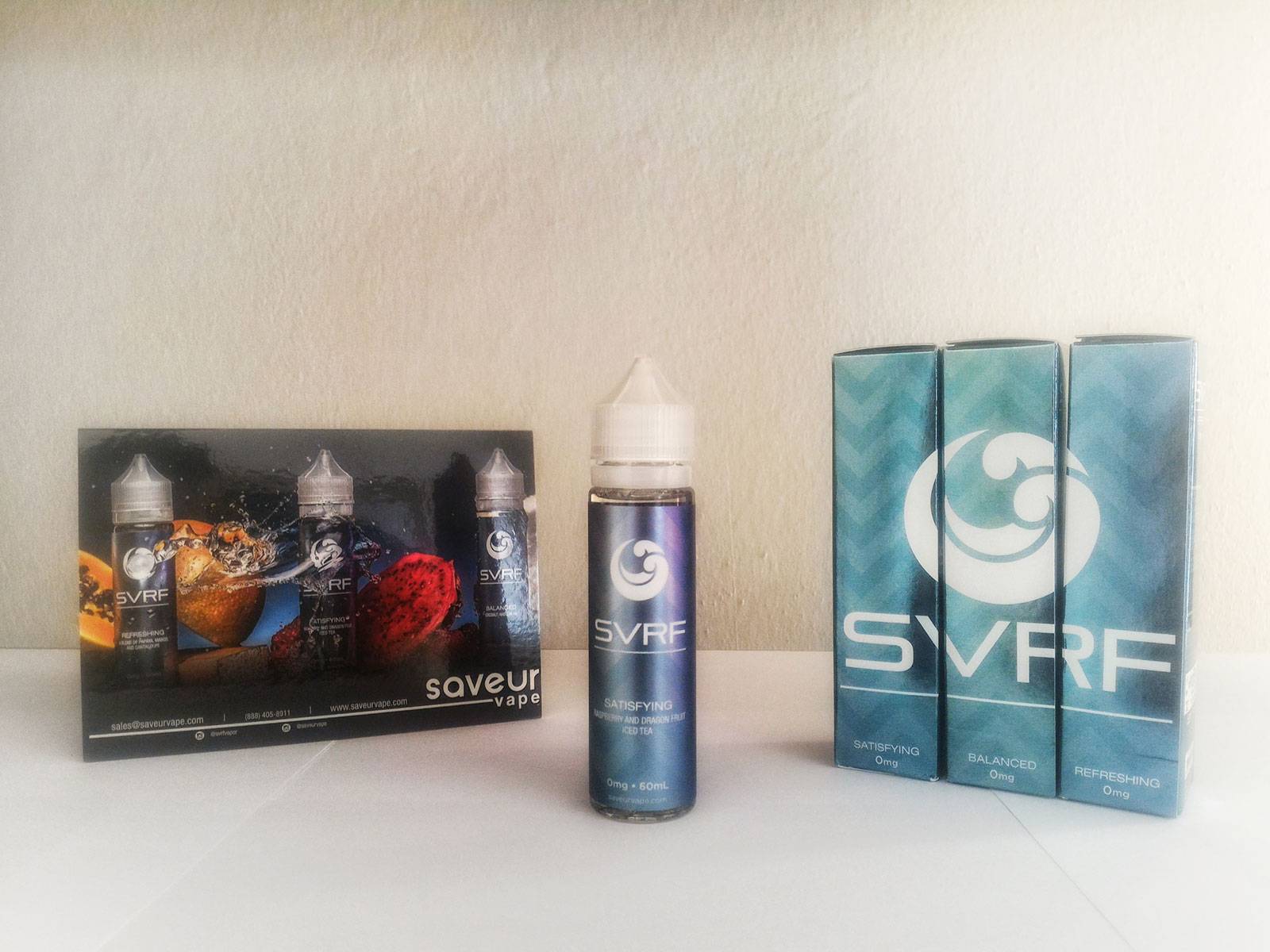 Saveur Vape, a Californian manufacturer producing numerous e-liquid lines and producer of the famous Jazzy Boba and Flantastico, appointed best creamy 2016 by The Flavourist, recently launched a new e-liquids line that will meet the Vapers’ tastes in the upcoming summer season; The line is called SVRF (pronounced “Surf”) and consists of three products: Satisfying, Balanced and Refreshing. We couldn’t miss it!

Today we will talk about Satisfying but before starting with the review, remember that if you want to keep up to date on our latest reviews, you have to go to www.facebook.com/theflavourist and click on the “like” indicated by the yellow arrows in the image below.

The package of Satisfying is simple but aesthetically very nice and pleasant to the touch. It’s a little box in shiny carton containing a 60 ml unicorn bottle with childproof cap (very useful bottle for dripping and generally to refill). The label has an elegant satin finish, showing a wide variety of information, but not the composition of the base and the expiration date. As for the information, I want to dwell on some specifications, already noted on Flantastico, informing of possible traces of diacetyl, acetyl propionyl, acetaldehyde, formaldehyde and acetone. In addition, the manufacturer states that the product has not been approved by the US FDA, but complies with the Californian law.

In short, although we can’t certainly say that we’re dealing with a liquid of the most reassuring type as regards the ingredients, on the other hand the intellectual honesty of Saveur Vape and the fact they don’t hide anything of the chemical composition is highly appreciable. How many other manufacturers do that? 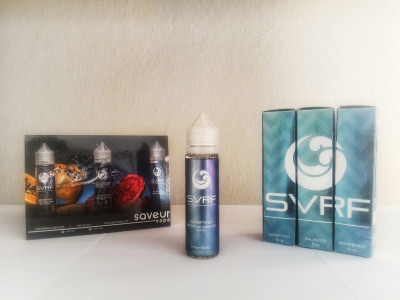 There is no really official description of the product, except for what is written on the packaging and on the official website of the manufacturer:

By the smell test the liquid is powerful, surprisingly alternating sweet and pungent notes. An intense notes of raspberry (too pronounced to be natural) is perceived in the foreground, accompanied by a pleasant, fragrant and floral base, that evokes a distant memory of some summer fruit, but I can’t really tell which one. The aromatic structure is strong and engaging, though not totally convincing, especially because it looks a bit artificial. 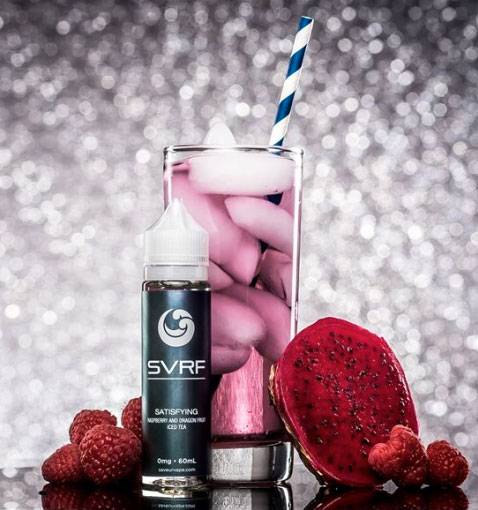 I carry out the vape test dripping on an Aromamizer RDA V2 dual coil with a 0.25 ohm final res, as I suppose this liquid deserves some airiness and a decent wattage, although the liquid itself does not appear very dense (will it be 70/30 or 60/40?).

From the first puffs the liquid shows a very particular structure, with a pleasant exoticism. The unnatural strength of the raspberry perceived on the nose is fortunately reduced on vaping and the aromatic bouquet, although still marked, is not excessive or disproportionate. The puff is characterized by a constant contrast between sweet an pungent notes, maybe the result of a fairy amount of sucralose combining with the acid note of an heavy raspberry aroma. On vaping Satisfying is definitely more “satisfying” than on the smell, because it has an exotic soul, but it is not the classic tropical mix. In fact, the core of the puff gives the best in terms of taste singularity, presenting floral nuances as delicate as scented. Many of you will be able to recognize a prickly pear-like taste, that it is actually no more than the Dragon fruit. So if you perceive something that reminds you of the scent of the prickly pear, then you’re not totally wrong, since they belong to the same plant family Cacti and possess undoubted similarities. The Dragon fruit is in fact a cousin of the prickly pear, has the same origin (Mexico) and a very delicate taste, sweet and fragrant but not very persistent.

The overwhelming top note of the Raspberry is followed by sugary floral scents, that fade in the exhalation phase in the fresh and thin glazes of the green tea, which thus emerges only in the base note of the puff and that will be even more present the higher the wattage. All ingredients create a unique taste bordering between exotic and asiatic: incisive and delicately scented at the same time, refreshing while not giving the idea of being refreshing, a satisfactory e-liquid for the spring-summer 2017 collection.

Pro: a unique aromatic structure that plays on the contrast of opposing flavours

Cons: an unnatural raspberry aroma and short life for the coil