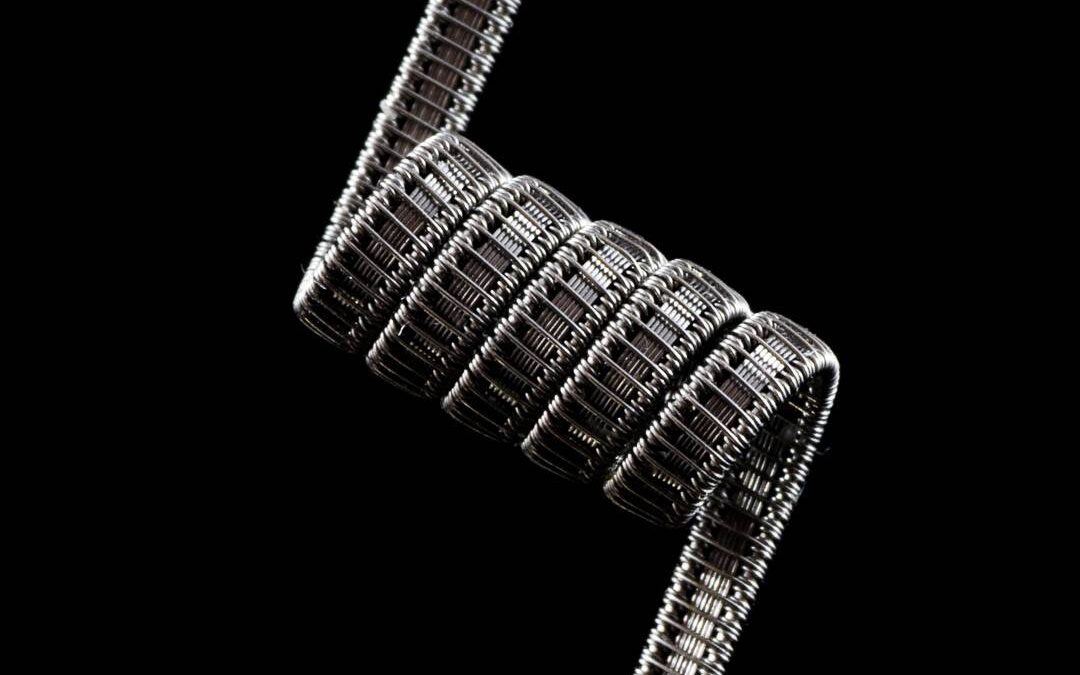 When about ten years ago the electronic cigarette began to appear for the first time in our daily life, posing as a less harmful alternative to traditional smoking, no one could imagine how complex would become the world of vaping in so little time. From simple clones of traditional cigarettes, electronic cigarettes soon became a colorful and very diverse multitude of objects with an unmistakable identity.

This is why the most appropriate term to indicate them would be personal vaporizers (PV). Taking a clear distance from the world of traditional cigarettes, vaping today is a sector full of vitality and growth. Anyone who approaches will be captured, discovering a sector full of enthusiasm and above all full of incredibile charm. Atomizers, feeding systems, batteries, flavors, liquids, accessories of all kinds, are just some of the elements that make up the great family of Vaping.

Even the “coils”, the so-called vapour resistances, the small spirals used to vaporize the e-liquid, have undergone an incredible transformation over time. If in the first years of life it was just a matter of simple metal wire spirals, now also the coils have gained a certain importance within this sector.

The birth of the Coil Building

The Coil building, this is the name of the art of creating complex coil, was born about 5 years ago almost certainly in the United States, although there are sources that claim it all started in the Philippines, when they began to appear made with two twisted wires (twisted coil) or two parallel wires (parallel coil). But why someone at some point decided to complicate his life by weaving two wires to make a coil? In reality it was not a simple quirk for the sake of itself but a need that emerged concurrently with the development of the practice of cloud chasing or the act of vaping producing large clouds of steam. To do this, the cloud chaser needs liquids with a high concentration of vegetable glycerin to be vaporized inside atomizers with very low resistances and with a vaporizing surface as large as possible, all to facilitate the emission of larger vapor clouds.

Here because were created the zipper coils (which visually reproduced a zip hinge) resulting from the parallel coupling of two previously twisted wires.

A clapton is obtained by winding perpendicularly on a thicker wire, a second, less thick thread. The internal wire is called “core”, the outer one that wraps is called “wrap”. The fused clapton coils are a variant of the simple clapton: a wrap is wrapped around a core made up of two or more parallel wires.

The clapton coils are certainly the coils that have definitively cleared the art of coil building, the starting point from which many builders have started the creation of increasingly specific and complex coils, in search of the best capillarity possible between the liquid and the surface of the coil in order to improve the aromatic return of the vaporized liquid. 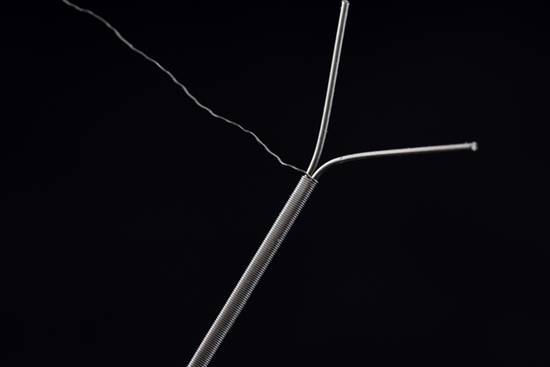 Among a multitude of vapers that have begun to dabble and dedicate themselves to the art of the Coil Building, there are some who have achieved a certain reputation and a great reputation. We could mention for example Shawn Art Blueeyedgoon83, creator of the Alien coil and the very famous RDA Goon, Squidoode or the twistedmesses.com website. Their productions are synonymous of quality and absolute excellence.

An Alien coil is basically a coil with a “core” consisting of 3 parallel wires and a “wrap” that wraps the core following a wavy path on the surface of the “core” and creating the shape of a wave.

The Staggered coils, on the other hand, are coils made up of a core of spaced clapton coils (minimum 2 or more) subsequently wrapped. From these two large families of complex coil are born an infinite number of coil types that differ from each other for various combinations of wires, materials and ways of weaving the threads themselves. 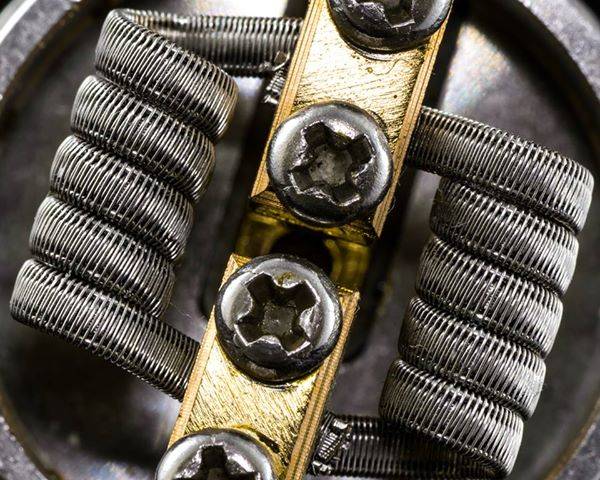 In the construction of a complex coil, the materials used to make them play an important role. Assuming that you should always use quality and above all certified metals and alloys, the most used materials in Coil building are Kanthal (an iron-chromium-aluminum alloy), the NiChrome (a nickel-chromium alloy sometimes with small percentages of iron) and Stainless Steel (an iron alloy with a carbon percentage not higher than 2%).

Among these the Kanthal is gradually losing more and more quota as it is among the three materials mentioned that one with a higher resistivity index and therefore such to make it difficult to better manage a complex coil. The steel on the other hand, although having a much lower resistivity index, is very reactive, but at the same time less stable because it tolerates little temperature changes. Among the three mentioned therefore, the nichrome (Ni80) is undoubtedly the most balanced and the most widely used. Recently, new alloys such as nickel-iron (Nife) have also been introduced, which seems to work particularly well both in mechanical mod and temperature control (TC).

Created to meet the needs of Cloud Chasing, the Coil Building was soon spread even among fans of “flavor chasing” and “Mouth to lung vapers”, two vape practices that together still represent the largest share of users of the sector. So the Coil Building has been transformed into a Custom Coil Building, with the good builder that is the one who is able to find the most suitable and performing setup for every single type of atomizer. 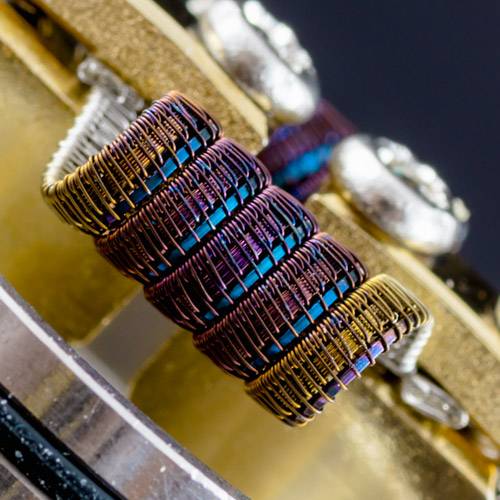 The search for the builder is no longer limited only to the expansion of the vaporization surface, but it extends precisely in the continuous search for the best combination of wires for a given atomizer, through the perfect balance between the heat emitted by the coil and the aromatic return that the itself must provide vaporization of the liquid. It is a slow work of experimentation that can not ignore some qualities that must never be lacking in the builder: knowledge, skill and passion.

Last but not least some coil builders recently began to devote themselves to the production of coils for artistic and photographic purposes only. These are coils not intended for the vaping market, but made to be then portrayed in macro photographs. The builder specializes in real micro installations, trying to create compositions of threads, shapes and colors for a highly spectacular visual rendering.

If you have been intrigued and fascinated by the small big world of the Coil Building, do not miss the next articles we will do in the coming weeks, looking more closely at some types of complex coil.